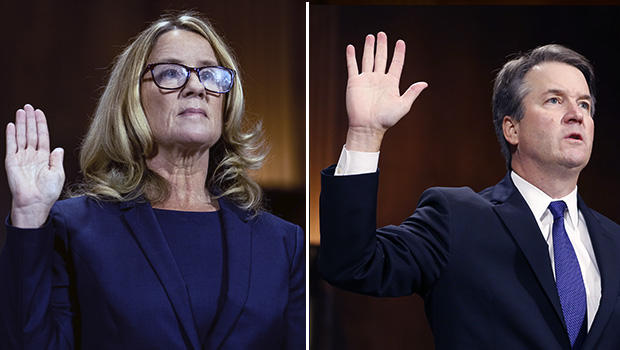 What about the year gone by?  Time for one last look with Jane Pauley:

The year began with California becoming the sixth state to legalize the sale of recreational marijuana. Later in the month, a judge sentenced physician Larry Nassar to up to 175 years in jail for sexually abusing more than 250 girls.

…Which brought hundreds of thousands of protesters to Washington for a rally, the March For Our Lives.

Facebook executive Mark Zuckerberg appeared before Congress to defend his company over data breaches; and Stormy Daniels took center stage after President Trump denied paying off the former stripper over their alleged encounter.

Hawaii's Kilauea Volcano sprang to life in May, spewing ash thousands of feet in the air. President Trump pulled the U.S. out of the Iran nuclear pact; and some 29 million viewers tuned in to see American Meghan Markle marry Prince Harry.

June brought reports that migrant children had been separated from their parents as part of President Trump's "zero tolerance" border policy; and the President traveled to Singapore to meet with North Korea's Kim Jong Un, becoming the first sitting U.S. President to meet with a North Korean leader.

Christine Blasey Ford found herself in the headlines in September, after she accused Supreme Court nominee Brett Kavanaugh of assault during high school. After televised and hotly-debated Congressional hearings, Kavanaugh was later confirmed to the Court.

Hurricane Michael made landfall. And there was more gun violence: 11 died after a gunman opened fire at the Tree of Life Synagogue in Pittsburgh. The month also brought the murder of Washington Post journalist Jamal Khashoggi, thought to be the work of agents of Saudi Arabia.

The mid-term elections saw the Democrats regain control of the House of Representatives. On the West Coast, wildfires left 88 dead in the massive Camp Fire. And there was still another mass shooting, this time at a bar in Thousand Oaks, California.

We laid former President George H.W. Bush to rest in Texas. Later in the month, a deadlock over funding for President Trump's border wall led to a partial shutdown of the federal government, which continues to this day.

Abraham Lincoln's coat, and its hidden, bloody stories
Thanks for reading CBS NEWS.
Create your free account or log in
for more features.
View CBS News In
CBS News App Open
Chrome Safari Continue
Be the first to know
Get browser notifications for breaking news, live events, and exclusive reporting.