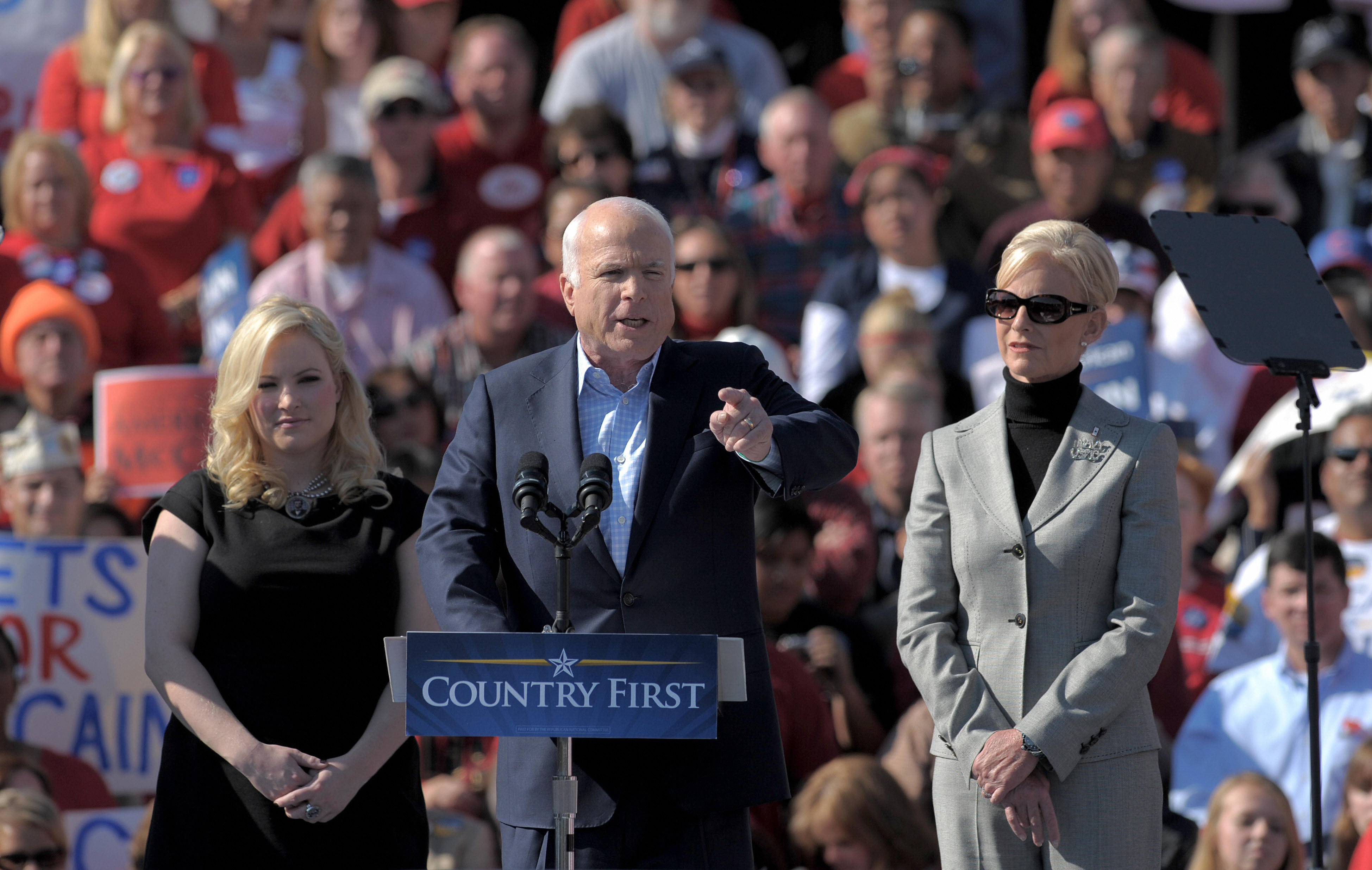 John McCain was remembered Saturday by former president Barack Obama, his Senate colleagues and his family for his service to his family and country. The longtime Arizona senator and decorated Navy hero died Saturday at the age of 81.

Former President Obama, McCain's rival in the 2008 presidential election, remembered McCain in a statement saying that "we shared, for all our differences, a fidelity to something higher — the ideals for which generations of Americans and immigrants alike have fought, marched, and sacrificed."

"Few of us have been tested the way John once was, or required to show the kind of courage that he did," Mr. Obama continued. "But all of us can aspire to the courage to put the greater good above our own. At John's best, he showed us what that means. And for that, we are all in his debt."

His wife, Cindy McCain tweeted, "My heart is broken. I am so lucky to have lived the adventure of loving this incredible man for 38 years. He passed the way he lived, on his own terms, surrounded by the people he loved, in the place he loved best."

McCain's daughter, Meghan, tweeted "I love you forever – my beloved father." In a statement, she said that she was with him until the very end.

"Now that he is gone, the task of my lifetime is to live up to his example, his expectations, and his love," she said.

Meghan McCain ended her statement with a quote by C.S. Lewis about a warrior entering his true and eternal life that said "the dream is ending: this is the morning."

Former president Jimmy Carter said: "John McCain was a man of honor, a true patriot in the best sense of the word. Americans will be forever grateful for his heroic military service and for his steadfast integrity as a member of the United States Senate. Rosalynn and I extend our sincere condolences to Senator McCain's family and to the people of Arizona whom he represented so forthrightly for so many years."

President Trump remembered McCain with a tweet saying his "deepest sympathies and respect go out to the family of Senator John McCain. Our hearts and prayers are with you!"

Former President Clinton and Hillary Clinton issued a joint statement saying that McCain "believed that every citizen has a responsibility to make something of the freedoms given by our Constitution, and from his heroic service in the Navy to his 35 years in Congress, he lived by his creed every day."

"He was a skilled, tough politician, as well as a trusted colleague alongside whom Hillary was honored to serve in the Senate," the statement read. "He frequently put partisanship aside to do what he thought was best for the country, and was never afraid to break the mold if it was the right thing to do. I will always be especially grateful for his leadership in our successful efforts to normalize relations with Vietnam."

Former President George W. Bush, who defeated McCain in the 2000 Republican primary, issued a statement calling McCain "a man of deep conviction and a patriot of the highest order."

"Some lives are so vivid, it is difficult to imagine them ended," Mr. Bush said. "Some voices are so vibrant, it is hard to think of them stilled."

Sen. Lindsey Graham, one of McCain's closest friends in the Senate, tweeted a statement "America and Freedom have lost one of her greatest champions … And I've lost one of my dearest friends and mentor."