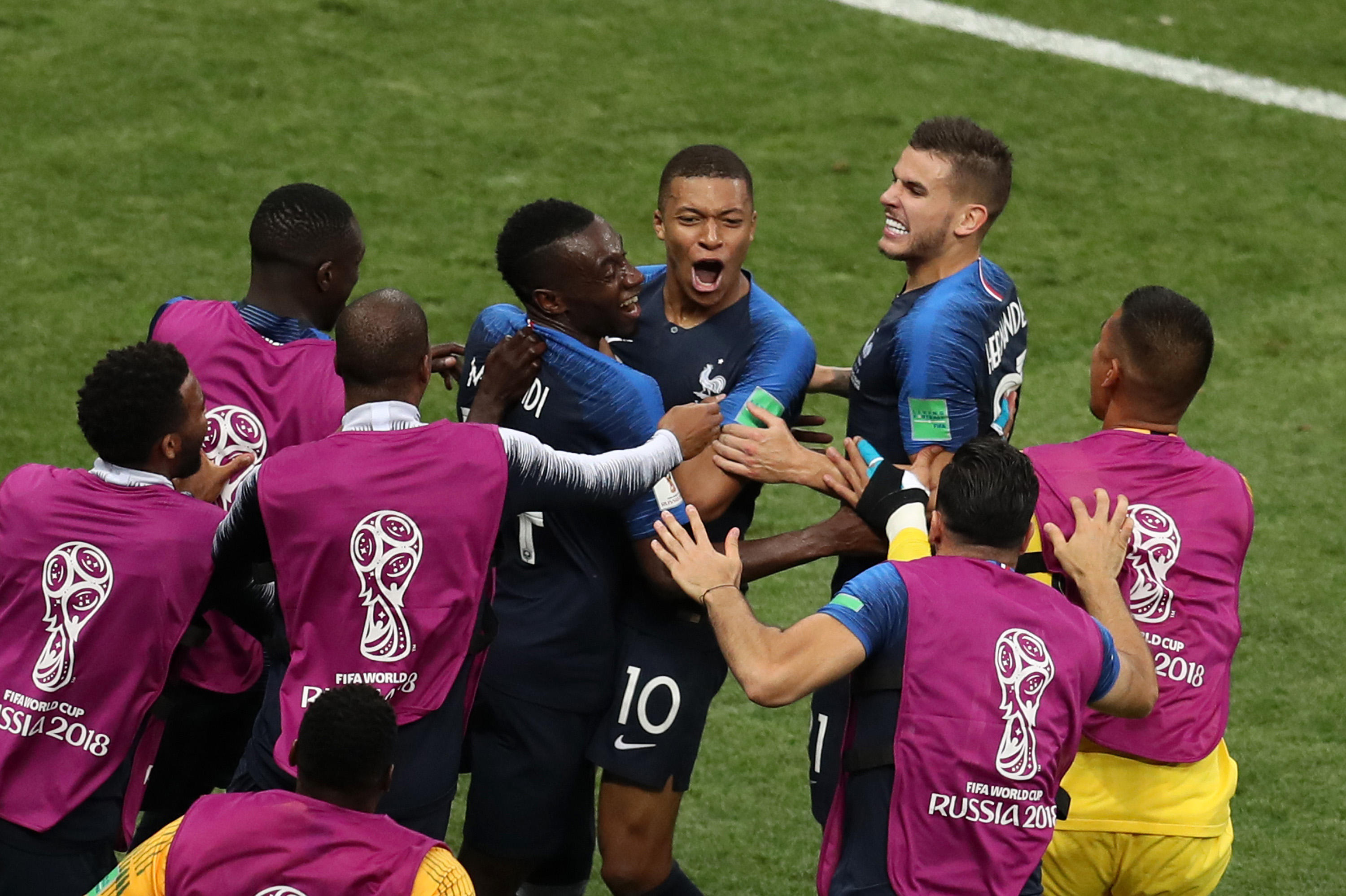 MOSCOW  -- Kylian Mbappe and France put on a thrilling show in winning the World Cup title. All Russian President Vladimir Putin might remember is the Pussy Riot protest.

The 19-year-old Mbappe became only the second teenager after Pele to score in a World Cup final, helping France beat Croatia 4-2 on Sunday.

Mbappe had just shown his electrifying speed in the 52nd minute when play was held up by four protesters who ran onto the field in the second half. Russian punk band Pussy Riot later took credit for the incident - watched from the VIP seats by Putin, whose government once jailed members of the activist group.

Before being hauled away, one of the women managed to reach the center of the field and share a double high-five with Mbappe.

Mbappe, who plays for Paris Saint-Germain in the French league, was born months after France first won its only other World Cup title in 1998.

Putin was later on the field during a downpour to award medals to the players. FIFA president Gianni Infantino then handed France captain Hugo Lloris the World Cup trophy.

But it was Mbappe who put the match out of reach with a furious passage of play in the second half. In the 59th, a run from Mbappe started a play that ended up with Pogba on the edge of the penalty area. With his second attempt, the midfielder curled his shot beyond Subasic.

Mbappe then scored himself, his fourth of the tournament, to make it 4-1.

Griezmann scored from the penalty spot in the 38th minute after a video review. About four minutes after his corner kick was knocked out of play, the referee ruled Ivan Perisic had handled the ball on the way.

France took the lead in the 18th when Croatia's tallest outfield player, 1.90-meter (6-foot-3) forward Mario Mandzukic, rose to meet Griezmann's free kick with the top of his head. He inadvertently sent it past his own goalkeeper.

Perisic and Mandzukic both scored for Croatia, first to equalize in the 28th minute and later as a consolation goal in the 69th, embarrassing Lloris with a flicked shot as the France goalkeeper tried to dribble the ball out of his goalmouth.

France coach Didier Deschamps became only the third man to win the World Cup as a player and a coach. Mario Zagallo of Brazil and Franz Beckenbauer of Germany are the others.

Punk rock group Pussy Riot claimed responsibility for the pitch invasion via social media, saying it was a protest aimed at ending illegal arrests of protesters and to allow political competition in Russia.

The four people who charged onto the field in the 52nd minute simultaneously in what appeared to be old-fashioned police uniforms were tackled to the ground by stewards, but not before one shared a high five with a French player in the center circle.