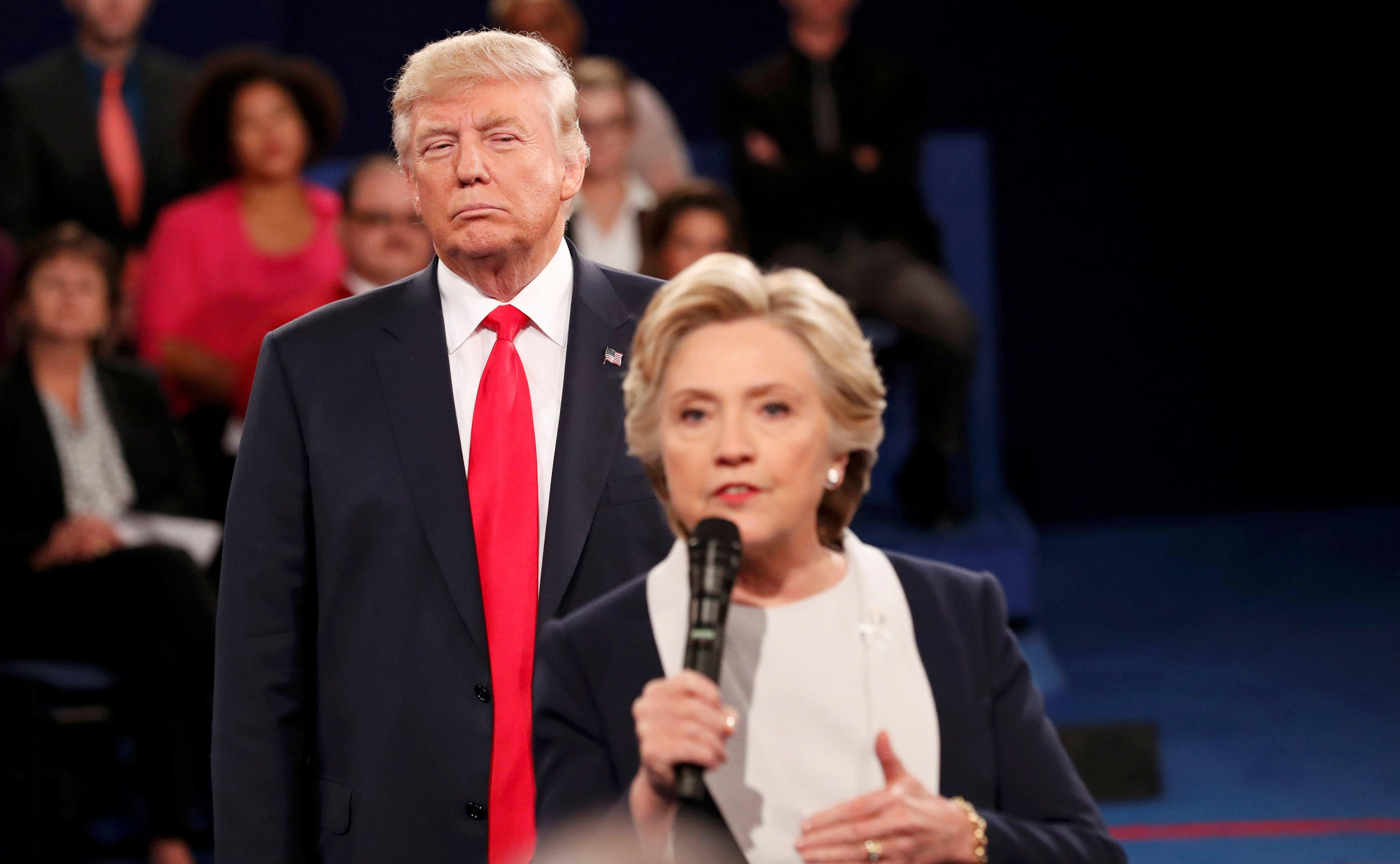 Voters who watched the debates between Hillary Clinton and Donald Trump judged Clinton to be the clear winner of all three match-ups, according to scientific surveys – but have her victories made an appreciable difference in the trajectory of the race?

It’s difficult to say for certain. Clinton has seen a significant uptick in her numbers since the first debate last month, but the debates weren’t the only force moving the needle in recent weeks -- Trump has also endured a series of controversies, some severe enough to demolish a more conventional candidate.

Trump has proudly brandished unscientific online polls that showed him to be the winner of the debates, but those surveys weren’t methodologically sound (there was no sampling process, for example, and many of the polls allowed respondents to vote as many times as they wished.)

According to polls conducted using traditional statistical techniques, the conclusion that Clinton won is not seriously in dispute. (It should be noted that debate-watchers tend to skew slightly Democratic, which likely afforded Clinton a small, built-in advantage in these numbers.)

After the first debate, a CNN/ORC poll found that 62 percent of those who watched thought Clinton won – only 27 percent awarded the victory to Trump. A Politico/Morning Consult poll after the first debate also gave the win to Clinton, 49 to 26 percent.

So Clinton was judged the winner of the debates, and over the course of the debate season, her standing among voters has improved markedly. But correlation isn’t necessarily causation, and we should be careful not to blame her rising numbers on the debates alone.

There’s no denying Clinton had some strong moments in the debate that may have helped her – her attacks on Trump’s tax returns, his remarks about women, and his temperament targeted Trump on issues that voters have already identified as weaknesses. And Trump likely did himself no favors with his promise to prosecute Clinton, if he’s elected, and his refusal to say he’d accept the election results if he doesn’t win.

But consider what else Trump has had to grapple with in recent weeks: A controversy over his fat-shaming of a beauty pageant contestant; the revelation that he could have avoided paying federal income taxes for 18 years; a tape in which he brags about groping women without their consent; a series of women coming forward to claim he did just that. And that’s just the greatest hits reel.

Given that parade of scandals, it seems reasonable to assume that events outside the debate halls may have had a greater impact on the shape of the race than anything that happened onstage. And there’s some survey evidence to suggest that most people don’t watch the debates to be persuaded – they watch them to root for their team.

Roughly half of all the voters in the CBS Battleground Tracker poll released last night said their opinions of the candidates weren’t changed by the debate. And in a previous Battleground Tracker survey, released Sunday, only four percent of voters said something in the final debate could change their vote. Twenty-three percent said the debate would have to produce “something big” for them to switch allegiance. And 73 percent said their minds were made up, and they would only watch the debate to support their preferred candidate.