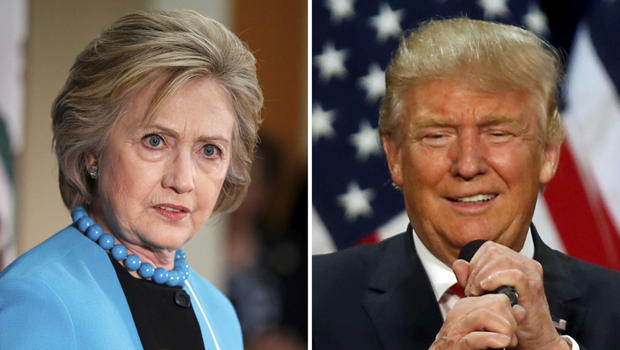 A big swing in the women’s vote has propelled Hillary Clinton into a six-point lead across the battleground states, as seven in ten women feel Donald Trump does not respect them.

Last month the women’s vote in these key states was five points more for Clinton; today it is 15 points in Clinton’s favor – accounting for most of the swing, overall – and it even outweighs partisanship. Trump was at 84 percent among Republican women then, and has dropped to 77 percent today.

And in a sign of what’s become a very personal presidential race, at least half of voters say they like Donald Trump’s policies on the economy and defense, and even like them a bit more than Clinton’s, but Trump is trailing in large part because voters say they dislike him personally.

Seventy percent of voters do not think Trump respects women. Seventy-three percent of women say this, 66 percent of men do. Although most (52 percent) Republicans think people are making too much out of the 2005 “Access Hollywood” tapes, 60 percent of independents find them offensive and 70 percent of women do. Nine in ten women who find the tapes offensive, and who were not already for Trump, say they wouldn’t consider Trump now.

In the battleground state of Nevada, specifically, Clinton is out to a six-point lead, an increase from a two-point lead she had in our last survey.

In Utah – a reliably Republican state – Trump is at 37 percent, with independent candidate Evan McMullin at 20 percent and Hillary Clinton at 20 percent.

Despite the lead the poll finds trouble for Clinton coming out of the week. Only 33 percent believe she tells the truth, and after the leaked emails of her campaign chair John Podesta, a majority (55 percent) of voters say the email contents make them feel she has different motives in private than in public. Fewer than half of voters feel she has the character required to be president. Still, 54 percent of voters think it is inappropriate for Trump to suggest he’d try to jail Clinton if he wins.

Fifty-three percent of Republicans say GOP leaders who’ve left Trump do so for political motives, afraid to lose votes, and not principle; just 13 percent attribute those stances to principles. Thirty-five percent call it a combination of both. Thirty-seven percent of Republicans are influenced at least some by the views of their party’s leadership, with 14 percent saying a lot and 23 percent somewhat.

But only 40 percent of the Republicans not currently voting Trump would still consider him going forward. This makes it harder for Trump to get back up to the mid-90’s level of party support most nominees typically enjoy.

Trump might be able to have some impact on Republican candidates in a close race, but not a lot. For conservatives, 10 percent would be less likely to vote for a Republican Senate or Congressional candidate whom Trump didn’t support. Four percent would be more likely and for 86 percent it would not matter.

This CBS News 2016 Battleground Tracker is a panel study based on 4,211 interviews conducted on the internet of registered voters in Nevada, Utah; and North Carolina, Pennsylvania, Arizona, Colorado, Florida, Georgia, Iowa, Michigan, New Hampshire, Ohio, Virginia, and Wisconsin. The margin of error is +/- 2.5 in the battleground states; +/-5.7 in Utah; +/- 4.5 in Nevada.