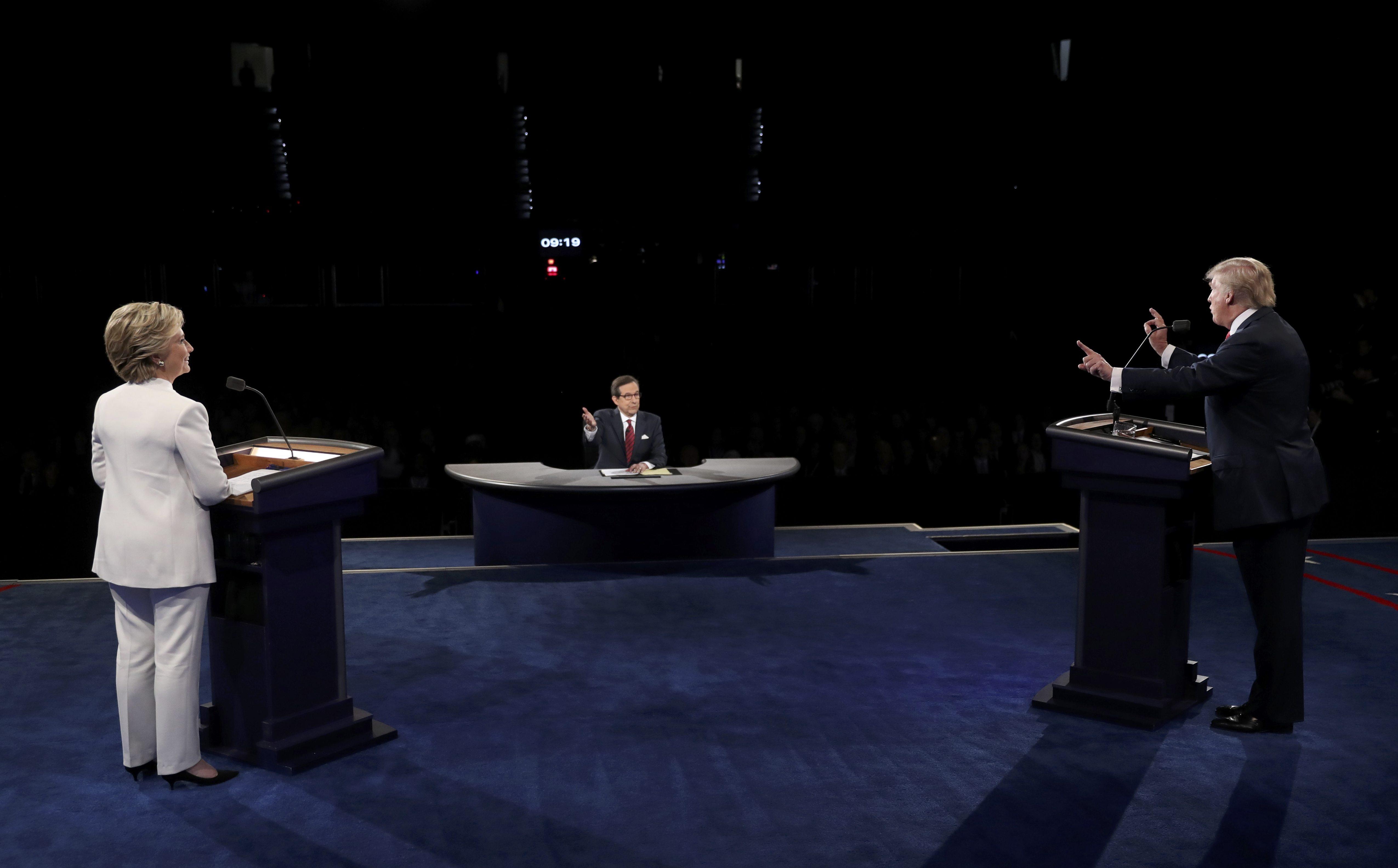 More Democrats than Republicans watched the third debate, and people who watched say Hillary Clinton won, while voters in the battleground states say the losing candidate should accept the results of the election.

By a double-digit margin, voters in 13 states identified as battlegrounds by CBS News say Hillary Clinton won the final presidential debate of the 2016 campaign. Forty-nine percent say Clinton won, while 39 percent think Trump was the winner. Twelve percent call it a tie.

Immediately after the debate, the CBS News Battleground Tracker team interviewed likely voters in battleground states who watched to get their reaction.

More Democrats than Republicans in these states tuned in to the debate. Thirty-five percent of these debate watchers describe themselves as Democrats, 28 percent identify as Republicans and 35 percent are independents.

The presidential debates have been marked by some testy exchanges between the two candidates. It was a split decision on who had the better debate line: Forty-six percent of debate watchers think Clinton’s comment about Trump being a puppet of Russian President Vladimir Putin was better, while 44 percent think Trump’s line about Clinton’s experience being bad experience was better.

Most battleground state voters who watched the debate don’t think the candidates explained two recent controversies surrounding their campaigns – Clinton’s past comments in emails and Trump’s past comments about women.

Overall, views of the candidates on key traits have not changed much in the wake of the debate. Trump continues to be seen as a risky choice, while most see Clinton as prepared to be Commander-in-Chief. Most don’t see either Clinton or Trump as someone who tells the truth.

Half of voters who watched the debate in these battleground states say their vote decision was not impacted by what they saw.

This CBS News 2016 Battleground Tracker is a panel study based on 934 interviews conducted on the internet of registered voters who watched the third Presidential debate in Arizona, Colorado, Florida, Georgia, Iowa, Michigan, New Hampshire, Nevada, North Carolina, Ohio, Pennsylvania, Virginia, and Wisconsin. Panelists were previously interviewed on October 16-18, 2016 to indicate whether they planned to watch the debate, and if they were willing to be re-interviewed after the debate. The margin of error is +/- 3.8 points.