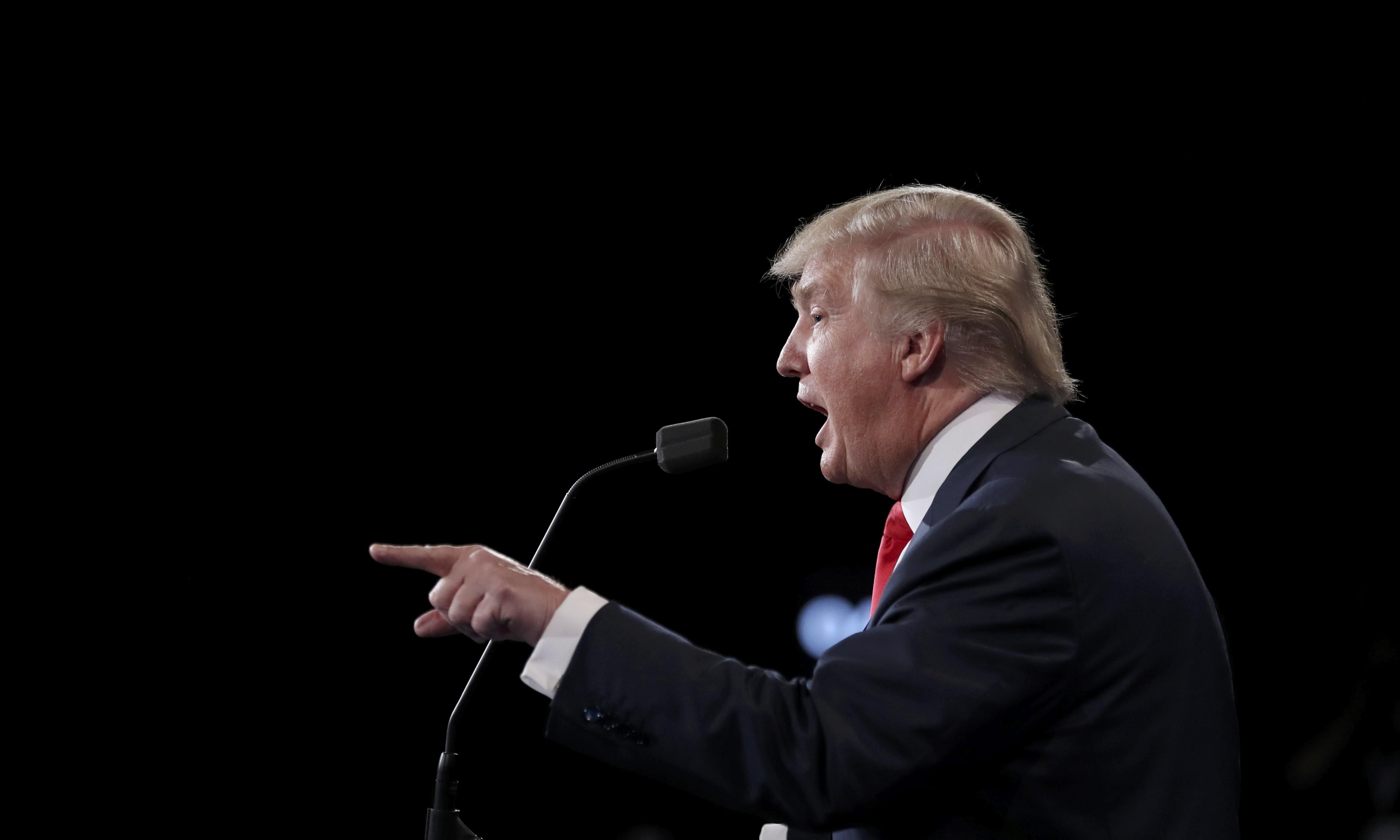 Treating the presidential election much like he would the season finale of a reality television show, Donald Trump said Wednesday evening that he wants to keep America “in suspense” about whether he’ll actually accept the outcome of the Nov. 8 contest.

On the University of Nevada debate stage in Las Vegas, Trump was asked point-blank whether he would “absolutely accept” the result of this election.

The statement came just hours after his own vice presidential nominee, Gov. Mike Pence of Indiana, told CNN in a pre-debate interview: “I’ve said before that we’ll certainly accept the outcome of this election.”

At the debate, the Republican presidential nominee went on to reiterate his claims of widespread voter fraud, pointing again to a 2012 Pew Research Center report that stated “millions” of people were inaccurately registered to vote.

But as CBS News’ fact-checkers reported, the 2012 Pew study -- which did find about 24 million voter registrations were inaccurate because people had moved, died, or were inactive -- was used misleadingly. Even with those reported registrations, there is no evidence that widespread voter fraud actually exists. One Loyola University study that analyzed more than a billion ballots cast from 2000 to 2014 in general and primary elections found there were just 31 incidents of specific fraud allegations.

Trump has floated the “rigged” narrative before -- to widespread condemnation from elections officials and even members of the GOP -- then railed against the “corrupt” media and “crooked” Hillary Clinton, his opponent and the Democratic presidential nominee.

Debate moderator Chris Wallace, of Fox News, pressed Trump on the “tradition in this country” of the election loser conceding, allowing for a “peaceful transition of power.”

“Are you saying you’re not prepared now to commit to that principle?” Wallace asked.

“What I’m saying is that I will tell you at the time,” Trump replied. “I’ll keep you in suspense. OK?”