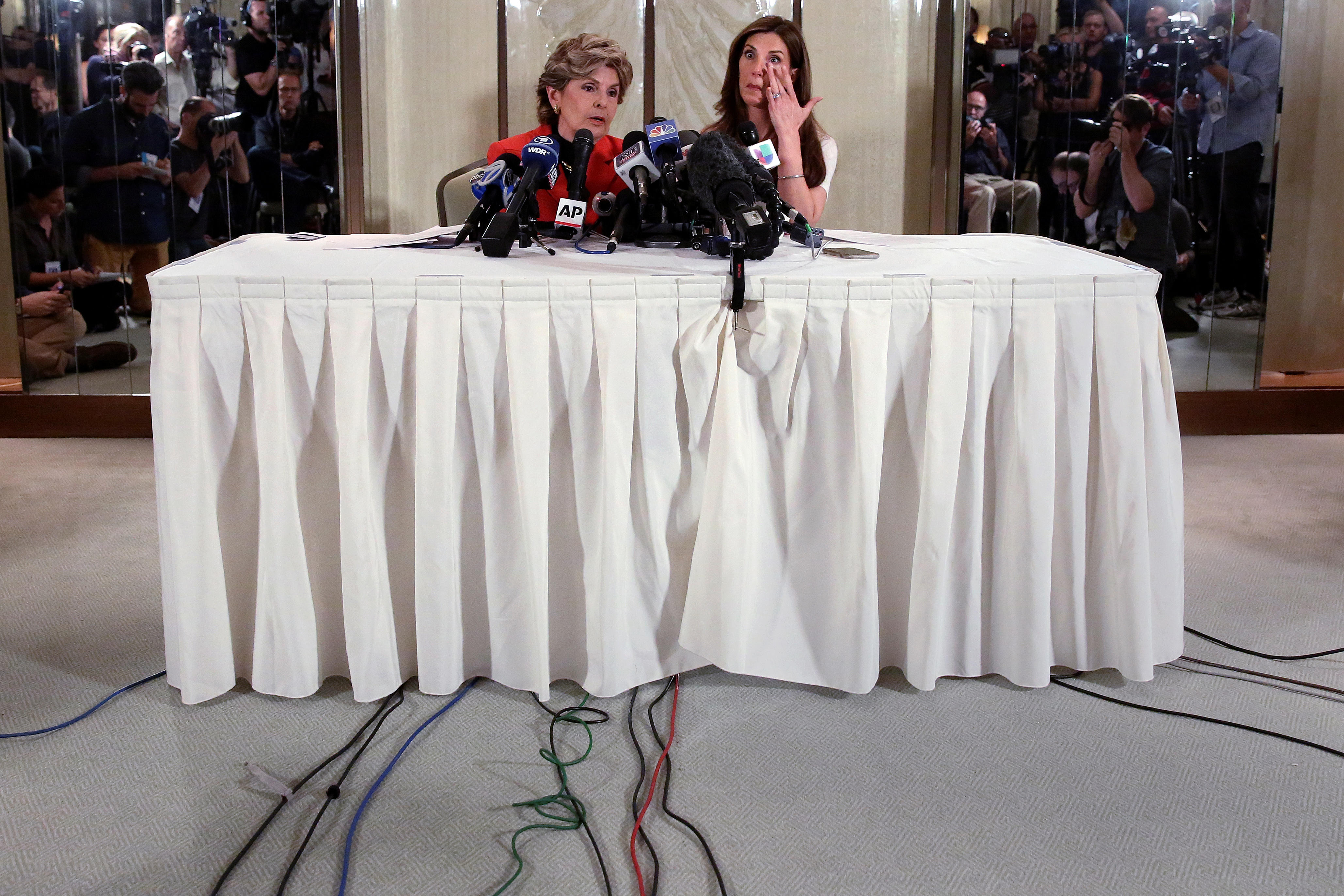 Karena Virginia, a yoga instructor and life coach, became the tenth woman to accuse GOP presidential nominee Donald Trump of sexual misconduct since the 2005 tape with his lewd comments about women emerged earlier this month.

Appearing in New York with feminist attorney Gloria Allred, Virginia said that in 1998, in Flushing Meadows following the U.S. Open, Trump approached her while she was waiting for a car to arrive to take her home. She recognized Trump but had never met him. Trump, who was within earshot, was accompanied by a group of men, and Virginia said she heard him evaluating her appearance. “Hey, look at this one,” he allegedly said. “We haven’t seen her before -- look at those legs.” Then, Virginia said Trump walked up to her, grabbed her by the arm and touched her breast. She flinched, and said Trump responded by demanding, “Don’t you know who I am? Don’t you know who I am?”

“I felt intimidated, and I felt powerless,” Virginia said. “I felt ashamed that I was wearing a short dress and high heels.”

Trump has denied the accounts of all of his accusers so far, and further, has blamed opponent Hillary Clinton for planting them. “I think she got these people to step forward.” Trump said of Clinton and his accusers during Wednesday night’s presiddebate. “It was lies and it was fiction,” he said.

On Thursday, the Trump campaign responded to the new allegation. “Discredited political operative Gloria Allred, in another coordinated, publicity seeking attack with the Clinton campaign, will stop at nothing to smear Mr. Trump,” Trump spokesperson Jessica Ditto wrote. “Give me a break. Voters are tired of these circus-like antics and reject these fictional stories and the clear efforts to benefit Hillary Clinton.”

Allred, however, denied that the Clinton campaign was behind the accusations of either Virginia or of Summer Zervos, a former NBC “Apprentice” who was also accompanied by Allred when she made her accusation of Trump public. “I have had no contact with them (the Clinton campaign) in advance of this,” she said.

Similarly, when Zervos wanted to make her statement, Allred said she did not inform the Clinton campaign. Allred is a Clinton supporter, however, and told reporters that she was a delegate at the Democratic National Convention.