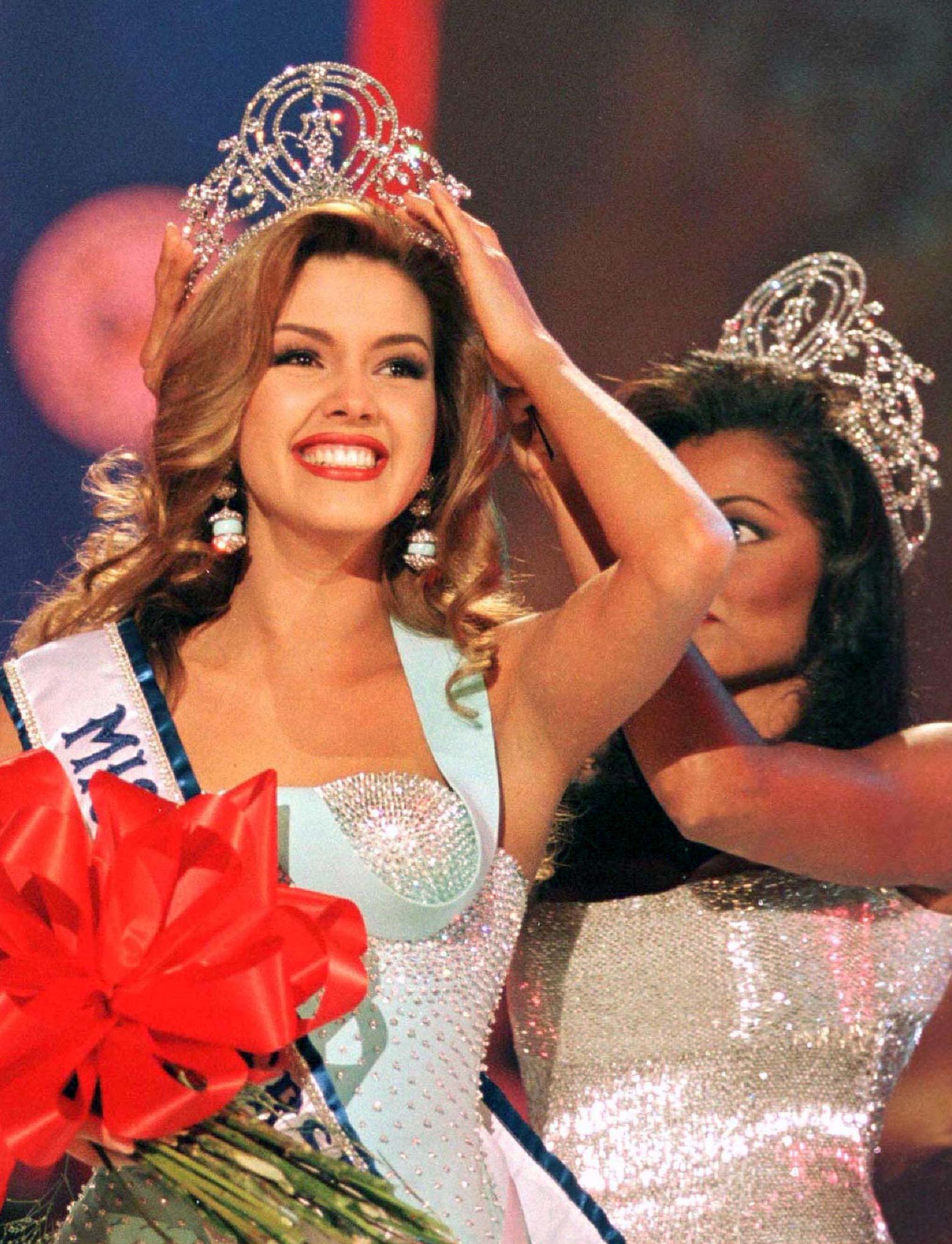 As a rule, reporters like to keep their stories interesting, which is why the coverage we’ve seen of Alicia Machado is so curious.

This has been the week of Machado, who became famous literally overnight when Hillary Clinton brought her up at Monday’s debate. The next day saw numerous outlets writing pieces on Machado, boosted along by a conference call held by the Clinton campaign for journalists.

The former Miss Universe, who says that Donald Trump fat-shamed her and alleges that he called her “Ms. Piggy” and “Ms. Housekeeping,” and generally humiliated her after she put on weight, is now the star of a Clinton ad. An obscure figure in America less than a week ago, Machado is perhaps the biggest story in politics at the moment.

So it’s almost inexplicable that, despite all this coverage, the publications discussing the extraordinary stories of her life are mostly right-wing ones.

The most interesting thing about the mainstream articles is what they leave out. There is no discussion at CNN or The New York Times, for instance, about her post-pageant fame as the fiancée of Phillies outfielder Bobby Abreu, or how he reportedly called it off after a reality show she was on revealed video of her apparently having sex with a housemate.

Likewise, there is little mention of how a Venezuelan judge once alleged on live TV that Machado had threatened to kill him. Or how the Mexican attorney general’s office later said she was the girlfriend of a major narco trafficker, and that she he had a child with him, according to Univision and other outlets. Or how a government witness who reportedly testified about their affair was later shot to death.

A certain reticence is fair and appropriate when discussing the private lives of people alleging abuse at the hands of powerful men. The Clintons, of course, are no strangers to this, as they have been accused repeatedly of trying to smear women who’ve said President Clinton was sexually inappropriate with them.

But there’s something odd about news coverage that avoids easily available and fascinating stories about that person’s life. And it’s especially peculiar when that person is a campaign surrogate for a major party nominee, which is what Machado is now.

It should go without saying that, even if all the allegations against Machado are true, they do not justify Trump derogating her with sexist and racist language. Moreover, it speaks volumes about Trump that Machado’s accusations are plausible. More than plausible, in fact, as some of the harassment happened in front of the camera, which underscores Trump’s habit not only of bullying people, but of turning that bullying into a spectacle.

Additionally, if all the allegations against Machado are true, they would not necessarily undermine her accusations against Trump. People should not sit off in priggish judgment of her life, or assume she’s a liar because she made mistakes when she was younger.

But that doesn’t mean that her life, which has been reported on extensively in the Spanish language press, should be sanitized and whitewashed by the press. The political media is not in the beatification business; if it’s out there, readers deserve to know it.

And it is all out there. In 1998, the Associated Press reported that Venezuelan judge Maximiliano Fuenmayor said on national television that Machado “threatened to ruin my career and…kill me.” At the time, Fuenmayor had indicted Machado’s boyfriend for allegedly murdering his brother-in-law, outside a Caracas church.

“The victim’s family accused Machado of driving the getaway car, but Fuenmayor has not indicted her, citing insufficient evidence. The judge said there were no witnesses to place Machado at the scene -- or to back up her claim she was home sick at the time,” the AP report continues.

To his credit, CNN’s Anderson Cooper asked Machado about these allegations Tuesday night after they surfaced in the Trump-friendly Daily Mail. She responded: “He can say whatever he wants to say. I don’t care. You know, I have my past. Of course, everybody has. Everybody has a past. And I’m not a saint girl. But that is not the point now. That moment in Venezuela was wrong, was another speculation about my life, because I’m a really famous person in my country, because I’m an actress there, and Mexico too.”

Other facets of her life have likewise been explored, though not as recently. In 2005, Deadspin, then part of Nick Denton’s Gawker media, theorized that Bobby Abreu’s home-run streak at the time may have been due to his anger over Machado’s sex tape, which reportedly caused him to cancel their forthcoming wedding.

Then there’s the case of Jose Geraldo Alvarez Vasquez, a Mexican drug trafficker who was known as El Indio. The Mexican Attorney General’s office said that he had a romantic relationship with Machado, and that they had had a daughter together.

Machado denied the accusation, which was covered extensively in the Spanish-language press at the time. Earlier this year, in fact, CNN Español referenced the story in a piece about drug dealers crossing paths with celebrities. No charges were ever brought against Machado, and the government witness who was first to testify about her supposed romance with Vasquez was later assassinated, as people who break ranks with the cartels sometimes are.

From an objective standpoint, this is all interesting stuff! Is it relevant to Machado’s current role in the Clinton campaign? Let’s take a look at what CNN and The New York Times reported about her life.

The CNN story, which includes a total of four bylines, limits its main Machado story to a discussion of how Trump treated her. After Clinton name-checked her in the debate, the story reports Machado saying that she began “crying because I never imagined that such an important person like her would care about my story, know about my story.”

As the CNN story notes, Machado made that statement on a conference call with reporters organized by the Clinton campaign. There is no mention in the story of the judge, the kingpin, or the baseball player.

The New York Times, however, went for more of a dive into who Machado is in a double-bylined story that ran Tuesday, “Shocked and Angry: Alicia Machado, a Miss Universe Mocked by Donald Trump.”

The Times reports that Machado was born in Venezuela and has endured 20 years of “agony” due to Trump’s behavior. “I was sick – anorexia and bulimia for five years,” Machado says.

It goes on to note that Machado has “done a series of interviews” with the Times this year. Towards the end, it notes that she is “a well-known actress” in Latin America.

And now she is a well-known political figure in America, a star surrogate for the leading contender for our presidency, which brings with it its own level of scrutiny and expectations.

Machado has lived a full life, and a uniquely fascinating one. So why would any journalist avoid talking about it?