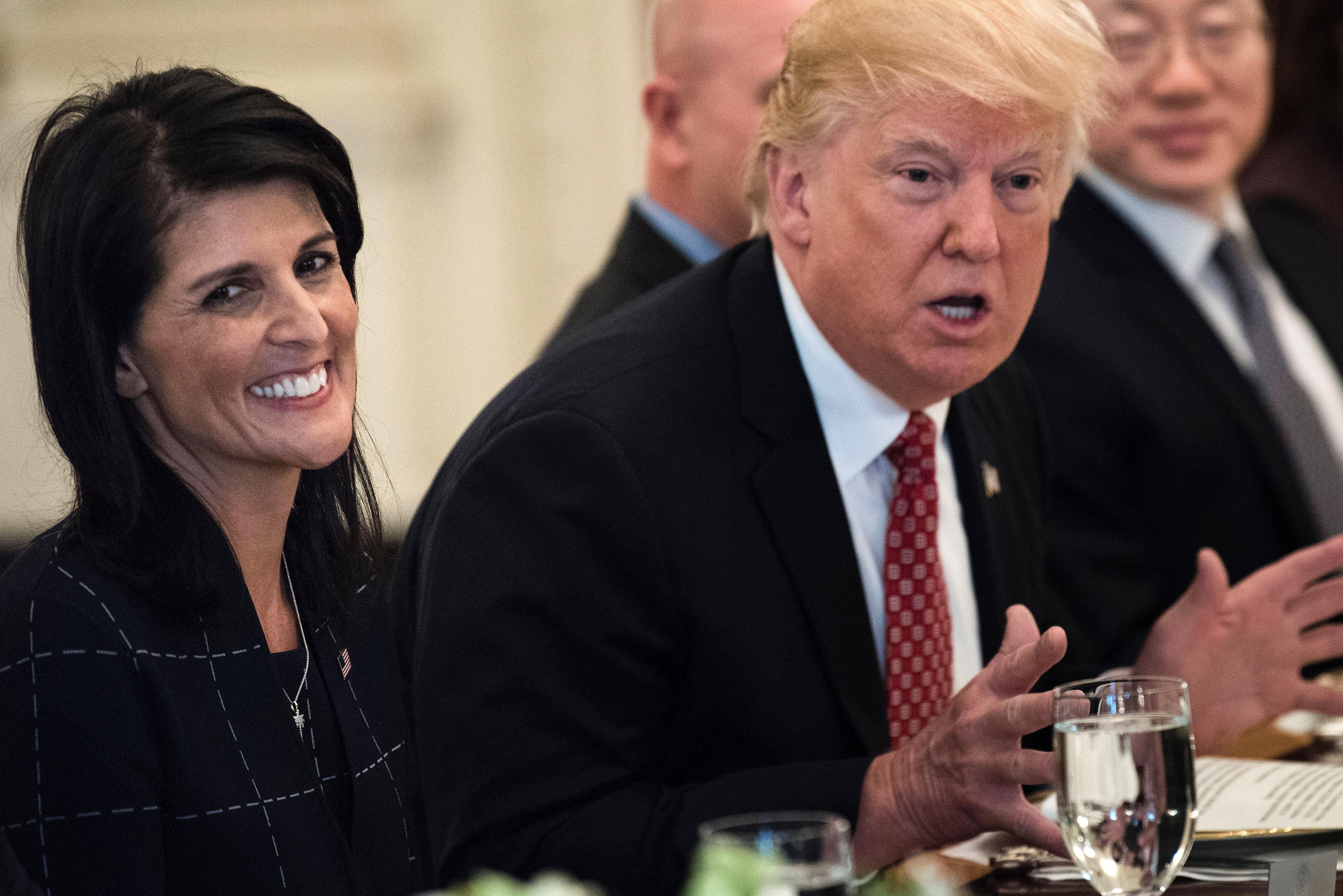 The annual September gathering of world leaders in Manhattan's Turtle Bay, known as the United Nations General Assembly, or UNGA to insiders, has been grabbing worldwide headlines and stalling midtown New York traffic since then-Soviet Premier Nikita Khrushchev yanked off a shoe to pound a desk in protest in 1960. In an effort to bring order at the time, the Irish president of the General Assembly banged his gavel so hard it broke.

Although a time limit of 15 minutes is allocated to each of the 193 nations' speakers and additional non-member entities and states, it's often treated as a guideline. Cuba's President Fidel Castro gave the longest speech at 269 minutes, Libya's Col. Muammar Qaddafi gave arguably the most rambling one at 96 minutes, Venezuela's President Hugo Chavez referenced the devil, Israeli Prime Minister Benjamin Netanyahu's 2012 speech was illustrated with a cartoon bomb, and Iran's Mahmoud Ahmadinejad sparked a mass walk-out of diplomats.

The Economist found that during President Obama's years he gave the longest speeches, at 38 minutes on average.

These speeches have all used the UNGA stage to challenge the normally sleepy order of things at the U.N.

In addition to world leaders' speeches, heads of state will each have press conferences and agendas. Iran's president is holding his own press conference mid-week, sure to highlight the benefits of the nuclear deal and Iran's compliance.

Mr. Trump began the week with a talk on U.N. reform, with the Secretary General and U.S. Ambassador Nikki Haley in attendance. Many diplomats see the event as a diplomatic coup for the U.S. ambassador, since the appearance is that the head of the U.N. is good with the Trump administration reform efforts.

Regarding Trump bilateral meetings, Trump was due to meet with Israel and France on Monday, and with Qatar on Tuesday. On Wednesday, he will speak with the heads of state of Britain, Jordan, Egypt and the Palestinian Authority. On Thursday, he has meetings with leaders of Turkey, Afghanistan and Ukraine and host a lunch with the leaders of South Korea and Japan.

Meanwhile, the rest of "team Trump" will be covering other issues. Jared Kushner meets with European delegation head Federica Mogherini and Ivanka Trump and first lady Melania Trump have a host of meetings.

Where the U.S. stays

Since 1945, hundreds of countries and thousands of diplomats and reporters from around the world gather to showboat and hobnob. Sometimes the buzz focuses as much on who's not coming as who will appear.

The Waldorf had hosted all 13 U.S. presidents elected since its opening. Last year, Chinese President Xi Jinping chose the Waldorf although he is not attending this year. The Waldorf Towers ambassadorial residence, which had been home to the United States' U.N. ambassador since 1947, was only moved after the arrival of U.S. Ambassador Nikki Haley this year.

For his part, President Trump, whose personal bedroom in Trump Tower is close to the headquarters of the U.N., was reportedly considering staying at the Trump National Golf Club in Bedminster, New Jersey, over an hour's drive from U.N. headquarters, but now may stay in New York city to be closer to the action.

"The hottest ticket in diplomacy"

"UNGA is the hottest ticket in diplomacy, and this year will be the first for Secretary-General Antonio Guterres and President Donald Trump," Britain's Ambassador Matthew Rycroft told CBS News. "Only the United Nations can bring together the international community to tackle the biggest global challenges in such a way."

The General Assembly, established by the Charter of the United Nations, takes a bit of a back seat to the all-powerful 15-member Security Council, composed of the five permanent post-World War II powers -- the U.S., Russia, China, the U.K. and France -- along with 10 members elected for two-year terms.

Opening day kicks off with the General Debate on Tuesday, Sept. 19. The recently published preliminary list of speakers has scores of heads of state and heads of government.

Britain's Prime Minister Theresa May is denominated a "head of government" in deference to Queen Elizabeth II, who remains the U.K.'s head of state. To help newcomers decode who's who, the U.N. Office of Protocol publishes a helpful list of titles and names of leaders and the members of the delegations.

The U.N. has come a long way since the U.S., pre-revolutionary China, the now-collapsed Soviet Union and the United Kingdom gathered at Dumbarton Oaks in Washington, D.C., in 1944. One year later, 50 countries convened in San Francisco to draw up the U.N. charter in 1945.

Who is coming, who isn't

Needless to say, several parts of the world are in turmoil, and it may be that this year more than a few presidents, kings and sheikhs dare not leave home for fear of domestic unrest or even ouster. The list of speakers can change up until the day of the debate, but the first list has some headliners.

Mr. Trump will speak on Sept. 19, sharing the early session with his new ami, the president of France, Emmanuel Macron. Both Netanyahu and Palestinian Authority President Mahmoud Abbas will attend as will Iranian President Hassan Rouhani. Trump will also speak on Monday, September 18, before the world leaders debate begins, at a U.S.- sponsored event on U.N. Reform.

Venezuela's embattled President Nicolas Maduro was on the earlier list, but no one was surprised he does not want to leave Caracas. Pakistan's Prime Minister Nawaz Sharif was planning to attend, but he was just deposed, and India's popular Prime Minister Narendra Modi is not attending.

Mexico's President Enrique Pena Nieto was on the list earlier but has canceled, Mexico's Ambassador to the U.N. Juan Jose Gomez Camacho told CBS News. And, as expected, the leaders of the outlier states of North Korea, Cuba and Syria will stay home.

Brazil, as history has it, always speaks first. Stephen Schlesinger, a fellow at the Century Foundation who wrote "Act of Creation: The Founding of the United Nations," recounted the story to CBS News:

"In the early years of the organization, Brazil was the first country willing to speak at the General Assembly meetings. So it became a tradition, but I attribute it to the fact that Franklin Delano Roosevelt wanted Brazil to be the sixth permanent member of the Security Council, but it did not work out, so this was Brazil's consolation prize."

Brazil's former President Dilma Rousseff became the first woman to open a General Debate since the United Nations was founded, but she also found her place in history as Brazil's first female president to be impeached.

This year, embattled Michel Temer is slotted to speak, at least for now.

Seating in the grand hall of the General Assembly is arranged by lottery, but in an odd coincidence this year, the North Korea delegation is sitting front and center (think orchestra seats) approximately 20 feet from the podium where Mr. Trump will address the world.

"I just hope the metal detectors can check for spitballs," a diplomat who preferred to remain anonymous offered wryly.

"The president's biggest challenge will be himself: the media pack will be hoping and praying that Trump will cause ructions at the U.N.," said Richard Gowan, a U.N. expert at the European Council on Foreign Relations. "He may not be able to hold back."

Schlesinger told CBS News, "Trump's appearance at UNGA will be important for a number of reasons: First, he will surely use the podium to put forth his nationalist 'America First' credo with all of its implications for trade, immigration, reducing the U.S. foreign aid budget, perhaps reasserting his opposition to social issues like abortion.

"But then he will also take credit for increasing the U.S. defense budget and defeating terrorism and eliminating ISIS; second, he will then challenge the nations of the world to do their part in fighting the Islamic militants around the world."

Schlesinger believes that Mr. Trump will want to echo the words of his popular ambassador, Haley, who has focused on cutting back on U.S. contributions to the U.N., "slicing $500 million from the peacekeeping budget, heralding reduced U.S. contributions to UNICEF, U.N. Women, the World Food Programme, the IAEA, endorsing withdrawal from the Paris climate agreement and possibly ditching the U.S. role in the Human Rights Council."

In various speeches, the White House has identified several priorities for this year's General Assembly, including North Korea's denuclearization, the Syria crisis, countering terrorism, worldwide famine, refugees and cost-cutting at the U.N.

A spokesperson for the U.S. mission told CBS News, "We're gearing up for a successful first UNGA for the Trump administration."

The incoming president of the General Assembly, Miroslav Lajcak of Slovakia, has created a theme for the session, titled "Focusing on people: striving for peace and a decent life for all on a sustainable planet," and identified peace-building, migration, climate change and human rights along with sustainable development in his statement of priorities given to U.N. nations during a retreat this past week.

"In a time when there are a number of conflicts and tensions in the world, the role of the United Nations as a convener, as a place for multi-dimensional diplomacy is greater now than it has ever been," Dujarric told CBS News.

Gowan said, "In theatrical terms, Trump has a problem in that a potentially bigger star, France's Emmanuel Macron, is speaking relatively soon after him. Macron will get a much more positive reception."

After all the speeches are given and the bilateral meetings and receptions are done, diplomats will be looking to see if Mr. Trump has made his mark on the world stage as a leader and whether the U.S. chooses diplomacy at a troubled time in the world.

Schlesinger said that what will be interesting to watch is whether Mr. Trump will try to assert a claim to American leadership for the planet or will he pitch a template of U.S. withdrawal from the global community.

"I believe the upcoming U.N. General Assembly is an important opportunity for the U.S. to send the unambiguous message that it stays committed to world affairs and to the U.N.," France's U.N. Ambassador Francois Delattre told CBS News, "and this is more important than ever as the world is confronted with an unprecedented accumulation of crises."