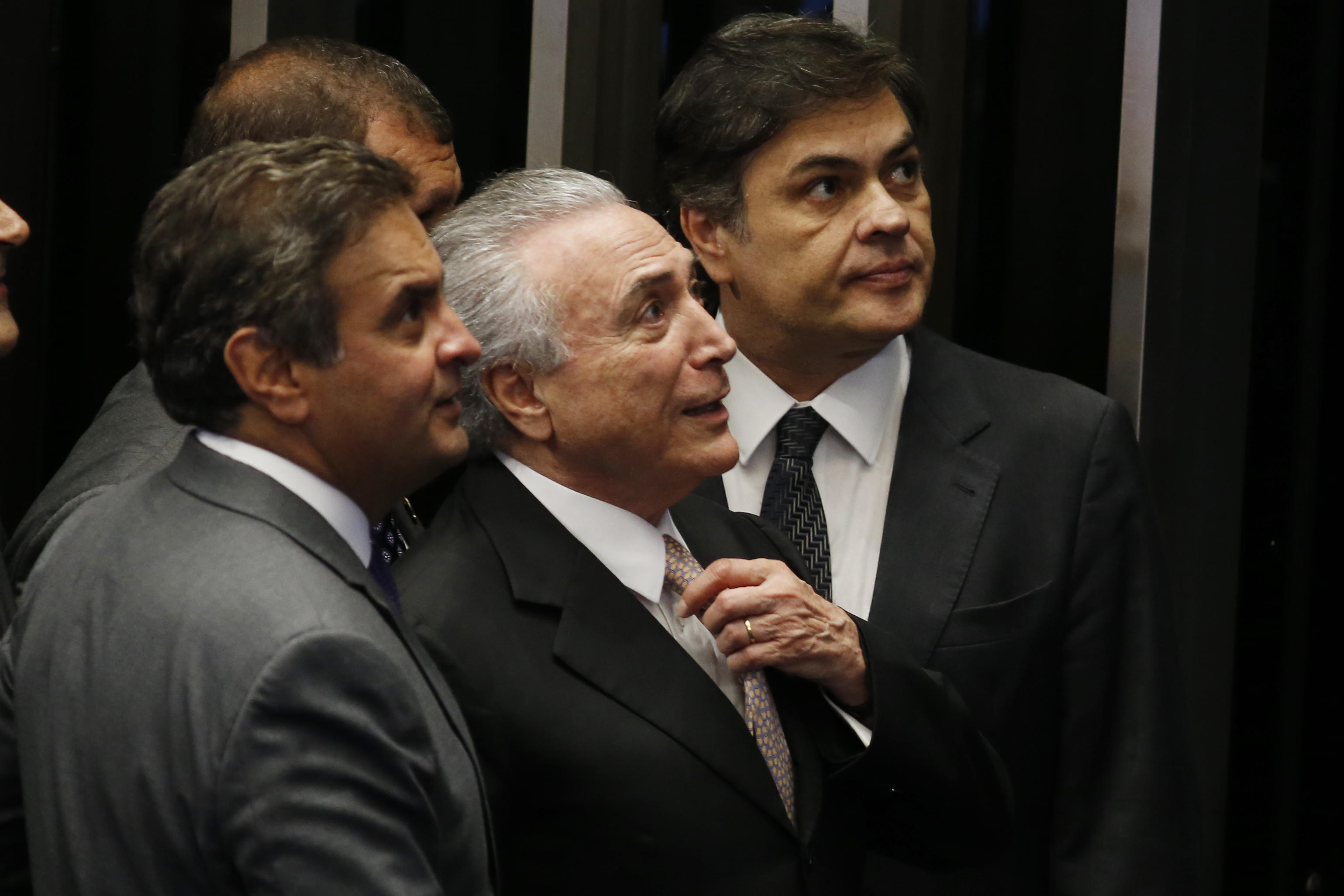 RIO DE JANEIRO -- The permanent ouster of deeply unpopular President Dilma Rousseff by Brazil’s Senate means that a man who is arguably just as unpopular is now faced with trying to ease the wounds of a divided nation mired in recession.

Long known as an uncharismatic backroom wheeler-dealer, Michel Temer inherits a shrinking economy, a Zika virus outbreak​ that has ravaged poor northeastern states and political instability fed by a sprawling corruption probe that has tarred much of the country’s political and business elite - himself included.

So far he’s struggled in the nearly four months he’s served as interim president following Rousseff’s May impeachment, which suspended her from office while a final trial was prepared. The Senate’s 61-20 vote on Wednesday to permanently remove her means Temer, who had been her vice president, will now serve out her term, which ends in late 2018.

Just hours after Rousseff was removed, Temer assured the nation his administration was up to the task.

“From today on, the expectations are much higher for the government. I hope that in these two years and four months, we do what we have declared - put Brazil back on track,” he said.

Temer also denied that the proceedings were a coup against Rousseff, which she repeatedly claimed throughout the process.

“Putschist is you,” he said, referring to Rousseff. “It’s you who is breaking the constitution.”

Temer said he planned to attend the G20 meetings in China this weekend, mentioning bilateral meetings that leaders from Spain, Japan, Italy and Saudi Arabia have already requested.

“We are traveling to show the world that we have political and legal stability,” he said. “We have to show that there is hope in the country.”

Whether Temer can convince Brazilians that he is worth a real shot is unclear.

He appeared tone-deaf with his first move in May: appointing an entirely white, male Cabinet to oversee a nation of 200 million people where more than 50 percent identify as black or mixed-race.

Three of Temer’s ministers had to quit within days of being named because of corruption allegations. And so far he has struggled to build consensus around key reforms, such as slimming the country’s pension system.

Government ministers are promising progress now that “interim” is no longer part of Temer’s title.

“With the end of the interim period and a vote of more than 60 senators, the investors will start bringing jobs again,” said Cabinet chief Eliseu Padilha.

So far that message hasn’t resonated with most Brazilians, however. Just 14 percent said they approved of Temer’s performance in a July poll by Datafolha. On the flip side, 62 percent said they wanted new elections to resolve the crisis. The poll interviewed 2,792 people July 14-15 and had a 2 percentage point margin of error.

New elections would first require that Temer resign, which he has no intention of doing.

The son of Lebanese immigrants, the 75-year-old Temer quietly rose through Brazil’s political ranks, building a reputation as a negotiator who could forge deals among political rivals. His reserved manner earned him the nickname the “Butler.” The only thing flashy about him is his wife, 32-year-old Marcela Temer, an ex-beauty pageant contestant who tattooed Temer’s name on her neck.

As a leader of the country’s biggest party, the ideologically flexible Brazilian Democratic Party Movement, Temer won election as head of the lower house of Congress for nearly a decade.

A political marriage of convenience led the leftist Rousseff to choose the Sao Paulo congressman as her vice presidential running mate in 2010. Their formal if frosty relationship endured as the country continued a decade and a half-long boom.

But by the time the pair was re-elected in 2014, the economy began to unravel and street protests erupted.

Prosecutors and judges uncovered a web of billions of dollars of kickbacks at the state oil giant Petrobras. The two-year probe has ensnared dozens of businessmen and politicians across the political spectrum.

Although Rousseff has never been personally implicated, many blame her for the graft because much of it happened while her party was in power. Temer, on the other hand, has been directly implicated: In a plea bargain, former Sen. Sergio Machado said that Temer asked him to channel $400,000 in Petrobras kickbacks to 2012 Sao Paulo mayoral candidate in Temer’s party. Temer denies wrongdoing and has not been charged.

Temer also is banned from running for office the next eight years because Sao Paulo’s electoral court found him guilty of violating campaign spending laws in 2014.

Those things add to vehement opposition from Rousseff and her backers, who brand him a “usurper” and say he was brought into office to help squelch the corruption probe and restore the authority the country’s elite.

“They think that they beat us, but they are wrong,” said Rousseff on Wednesday in her first remarks after being removed from office.

Late Wednesday night, a group of unhappy Rousseff supporters smashed windows of bank branches, other businesses and a police SUV in the city of Sao Paulo. Anti-riot police tried to quell the demonstration with stun grenades and tear gas.

“Temer’s party is the biggest in the Chamber of Deputies and in the Senate. That alone makes an impeachment process unlikely,” said Jose Luiz Niemeyer, a professor of international relations at Ibmec, a Rio-based university.