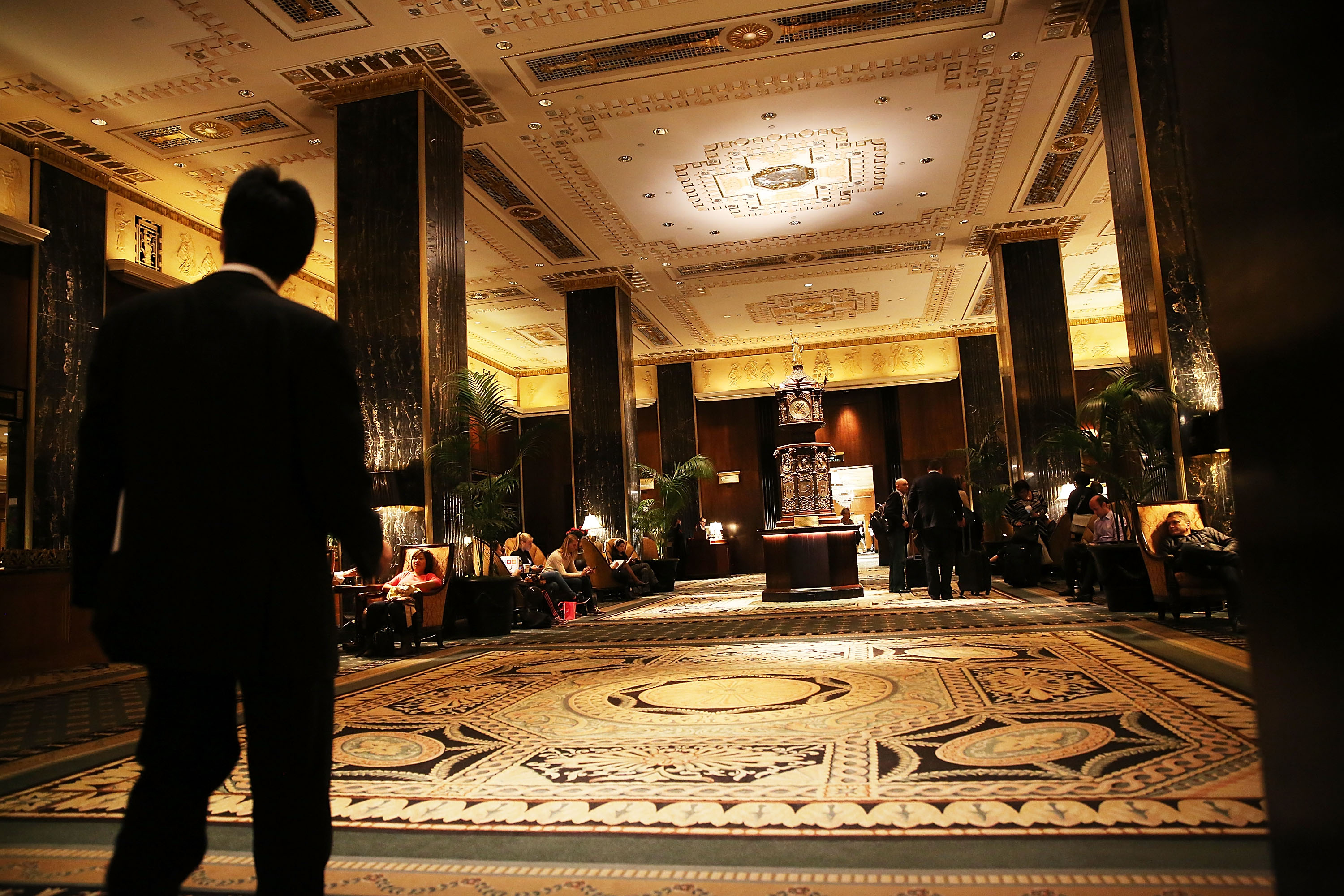 The move, rumored to be in the works since the Chinese purchase of the iconic hotel, will mark a break with eight-decades of tradition, and some analysts see it as an unnecessary -- maybe even misguided -- accommodation change for the president's annual visit to New York for the United Nations General Assembly.

The Waldorf has hosted all 13 U.S. Presidents elected since its opening. And the leader of the country is no ordinary guest; in recent years, the presidential entourage has taken over three floors of the towering hotel for General Assemblies, showing up with about 100 people.

This year, the White House has booked several floors at the New York Palace Hotel instead, officials at that facility confirmed to CBS News. The Palace was recently purchased by a South Korean consortium. The White House is expected to officially announce the change within days.

The Obama administration won't likely say the hotel swap was decided on as payback for Chinese hacking of U.S. secrets, nor over fears of Chinese eavesdropping inside the building. But such fears have been voiced by other U.S. officials.

The Waldorf Tower ambassadorial residence, which has been home to the United States' U.N. ambassador since the 1947, will remain where it is. According to a lawyer involved in the sale of the Waldorf, the U.S. government renewed its lease on the ambassador's residence after the contract was completed for the sale of the hotel to Anbang.

White House and State Department officials have been mum about the reason for the venue change. But Congressional representatives have weighed in with their misgivings.

"I strongly believe that to avoid being spied on, the United States must move all diplomatic activities out of the Waldorf-Astoria now that it is owned by China," Rep. Peter King, a Republican from New York, said on his Facebook page soon after the sale of the Waldorf.

"This would be a way for us to send a signal to China; that we're not going to keep putting up with what they do. This is the ideal opportunity, unfortunately, for China to install eavesdropping, bugging devices," King said in a separate interview.

Concerns about Chinese hacking have reached a crescendo this summer. The Office of Personnel Management (OPM) revealed that breaches of its computer systems had not only compromised the personal data of 4.2 current and former federal employees, but also that of 19.7 million people who have had government background checks and 1.8 million others.

Although the U.S. has not explicitly blamed the hack on China's government, Beijing is believed to have been behind the attack.

On June 23, U.S. Treasury Secretary Jack Lew met with 400 Chinese officials and a dozen U.S. Cabinet officials and issued an unusual warning: "On cyberspace, in particular, we remain deeply concerned about Chinese government-sponsored cyber-enabled theft from companies and commercial sectors."

At a campaign event in New Hampshire in early July, Democratic presidential candidate Hillary Clinton also weighed in, accusing China of "trying to hack into everything that doesn't move in America."

Some analysts point to Anbang CEO Wu Xiaohui's ties to China's ruling class as a reason to suspect government meddling. His wife is the granddaughter of former Chinese leader Deng Xiaoping, and the company lists relatives of military commanders and Communist Party leaders as board members.

While Anbang is legitimately investing overseas, if asked to facilitate spying for the Chinese government, "they would of course agree," said Stevenson. "So, might as well be careful."

But Daniel Rosen, a partner in the Rhodium Group, a financial advisory company specializing in China, said there's no reason to view Anbang's investment as suspect.

"Chinese investors know how sensitive the U.S. is about the cyber security issues, so they voluntarily submit all their investments to the Treasury Department's CFIUS," Rosen said, referring to the Committee on Foreign Investment in the United States, which reviews the national security implications of foreign investments.

CFIUS certified the Waldorf deal. Rosen, who was Senior Adviser for International Economic Policy in the National Security Council under President Clinton, noted that China is expected to become the world's biggest overseas investor by 2020.

"It would be good politics -- and good foreign policy -- for the president to stay at the Waldorf," he said.

Victor Shih, an associate professor at the School of Global Policy and Strategy at the University of California, San Diego, agrees. He said that, particularly as the Chinese-owned Waldorf will still be managed by Hilton, the new ownership shouldn't keep the president away.

"To some extent it is an overreaction, because it really depends on how the new owner will manage the property. If management, and especially the IT services, remain unchanged, I don't think there is much to worry about," Shih said. "On the other hand, if Anbang switches all the servers and wireless routers in the hotel to Huawei or ZTE, then perhaps there is reason to worry."

Winston Lord, former U.S. Ambassador to China, didn't mince words about the fears over potential espionage at the Waldorf.

"Don't people have something better to do?" he asked rhetorically. "There are so many really sensitive issues between the U.S. and China, like cyber security."

"Maybe the White House should be thinking about the fact that they will finally be able to get great Chinese food at the Waldorf," quipped Lord, in reference to the new hotel owner's plans to add a Chinese restaurant to the landmark facility.

Apart from the September U.N. meeting, President Obama travels to New York with some degree of regularity. CBS Radio News White House correspondent Mark Knoller says that, during his eight overnight visits to the Big Apple, Mr. Obama has stayed at the Waldorf six times.

"At the New York Palace, we have a long history of welcoming heads of state, royal families, captains of industry and world class entertainers, among our many other guests," Tolbert told CBS News. "Our level of service and acute sense of confidentiality is especially valued by these very important individuals. I speak on behalf of the entire Palace family when I say that it would be an ultimate privilege and honor to welcome the President of the United States to New York's most iconic property."

Asked whether Chinese President Xi Jinping would stay at the Waldorf when he comes to attend the General Assembly -- which will coincide with his official state visit with President Obama - China's U.N. Ambassador Liu Jieyi told CBS News, "he most certainly, will."