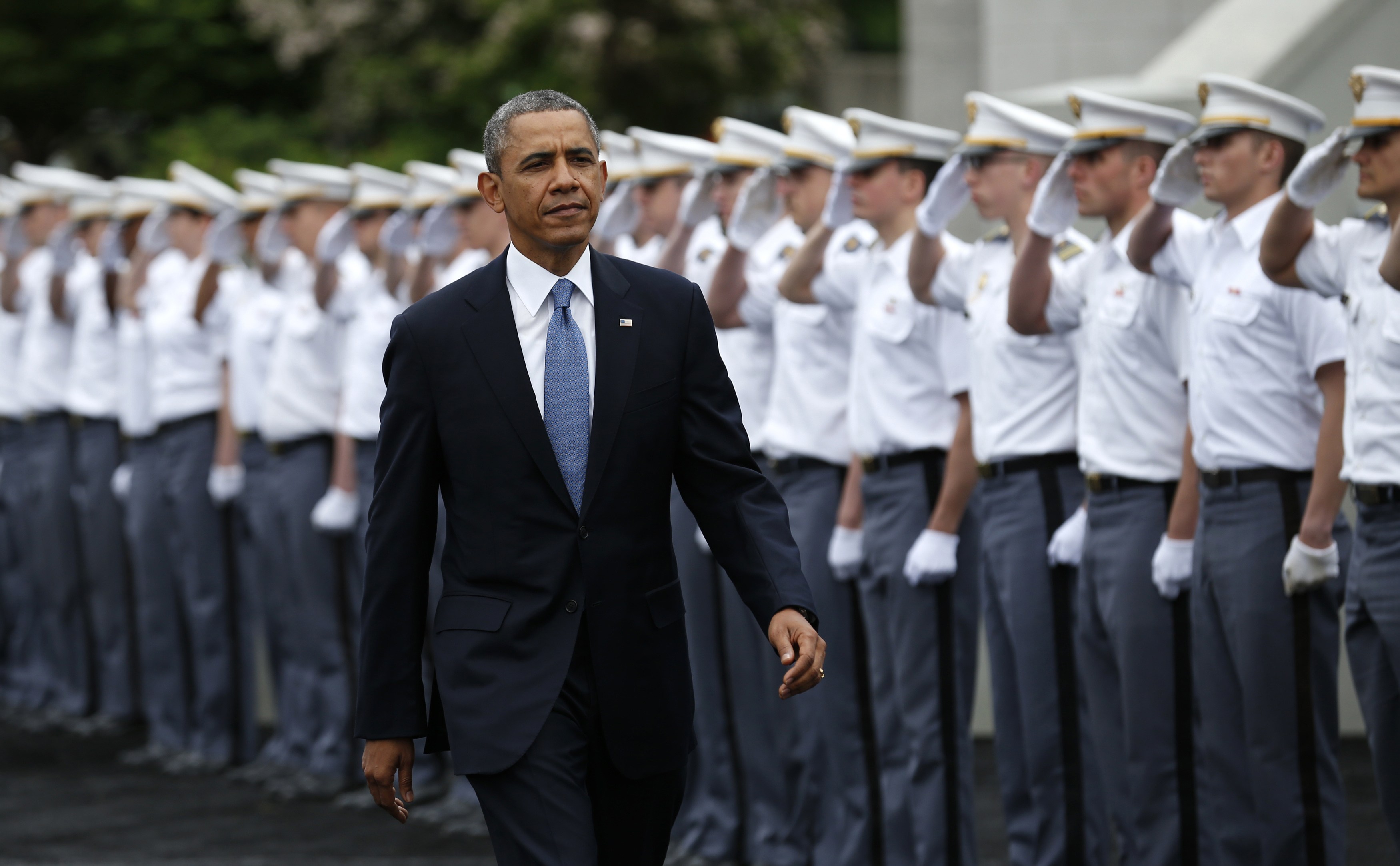 The terror attacks in Paris and California near the end of 2015 thrust terrorism and foreign affairs back into the forefront of the American concerns. For now, foreign policy dominates not only President Obama's public discourse, but also the political campaign to replace him in 2016. CBS News Senior National Security Analyst Juan Zarate discussed some the biggest challenges the president and those vying for the office will be wrestling with in the year ahead.

The Islamic State of Iraq and Syria (ISIS)

The U.S. began carrying out airstrikes against the terror group in 2014, yet ISIS continued to capture and hold territory in Iraq and Syria, create a steady supply of revenue and attract a slew of foreign fighters. ISIS' infamy grew after they started beheading Western hostages on camera a year and a half ago.

In 2015 the group broadened its strategy and expanded its terror efforts beyond the Middle East. The terror group claimed responsibility for bringing down a Russian airliner over the Sinai Peninsula at the end of October, killing more than 220 people. Another 130 were gunned down in the Paris attacks in November, and then the San Bernardino shooting inspired by ISIS less than a month later left 14 people dead and raised alarms in the U.S. about homegrown terrorism and holes in the visa system. Beyond the West, there were countless attacks in the Middle East and parts of southeast Asia.

"The challenge here is even if we diminish their running room and space in Iraq and Syria, they've been able to establish footholds in places like Libya, Afghanistan, even now in places like Yemen. They've attacked in Beirut, Bangladesh, Paris, and they're inspiring actors in the West, and so I don't see that acceleration slowing," Zarate said. The U.S. faces a quandary in figuring out how to eliminate the group's safe haven in Iraq and Syria while slowing ISIS' momentum around the globe.

Zarate expects the debate to continue over whether the U.S. should send a substantial contingent of ground troops. Another point of contention is whether to focus on ousting Syrian President Bashar Assad, or whether his exit will only lead to more chaos.

President Obama has sent some Special Forces troops to assist with the fight, but he remains committed to relying on local combat troops to do the bulk of the fighting on the ground. A few of the 2016 presidential candidates say a more robust U.S. presence will be necessary, and the pressure is likely to remain on the president to do more.

"You're likely to see more of an acceleration of U.S. boots on the ground to up the pace in terms of disruption in places like Syria and Iraq," Zarate said.

The 2014 hack of Sony Pictures was just a preview for the looming battle in cyber space. Countries like North Korea, Iran, Russia and China are increasing their capabilities and one of the biggest attacks of 2015 occurred when a Chinese espionage operation stole data from the Office of Personnel Management that affected nearly 21.5 million current and former federal employees or job applicants.

"It's not just state actors that are involved in this. You have non-state actors that are developing capabilities including terrorist groups like ISIS, and others that are beginning to see that this is a form of asymmetric warfare that they can take advantage of," Zarate said. "2016 is going to be yet another hot period in terms of cyber attacks and cyber security."

The U.S. and China came to an agreement during a state visit by Chinese President Xi Jinping in September not to "knowingly support" cybertheft against each other and abide by "norms of behavior" in cyberspace. President Obama pledged at the time that he was prepared to sanction China if necessary.

And yet less than a month after the agreement was signed, a cybersecurity company with close ties to the U.S. government said it had detected seven different Chinese cyberattacks against U.S. technology and pharmaceutical companies that seemed designed to steal intellectual property and trade secrets.

"North Korea holds in its hand the ability to bring not just the Korean Peninsula, but Asia and the United States, to the brink of war," Zarate said. "They are the masters of playing brinksmanship, they've continued their nuclear program, continued their ballistic missile capabilities."

Beyond that, there are lingering concerns over asymmetric capabilities, which include cyber warfare, Zarate said. The U.S. concluded that North Korea was responsible for the 2014 Sony hack.

Friction between North and South Korea along the border this year nearly led to war after South Korea blamed its northern neighbor for land mine explosions that maimed two troops. In response, they resumed anti-Pyongyang propaganda broadcasts that angered the regime. Eventually, North Korea expressed regret over the explosions, and South Korea ceased the broadcasts after days of intense talks.

"North Korea is volatile. Their relationship with China is on the rocks and where they go in 2016 is only known, perhaps, to Dennis Rodman," Zarate said, referring to the unlikely friendship between the basketball star and North Korean leader Kim Jong Un.

Most of the West's attention in the Middle East has been focused on the threat posed by ISIS, but Zarate said the U.S. should keep a close eye on the undercurrent of the battle between the Sunni and Shia sects of Islam.

The two major denominations of Islam split 1,400 years ago over a disagreement about who should succeed the Prophet Mohammed: His son-in-law, Ali (the Shia view), or one of his closest disciples, Abu Bakr (the Sunni view). Of the 1.6 billion Muslims in the world, roughly 85 percent are Sunnis.

Shiites are most prevalent found in Iran, Iraq, Lebanon, and Syria (the Alawites are an off-shoot of Shia Islam). The terror group Hezbollah is Shiite. Other countries in the Middle East have a majority Sunni population, with Saudi Arabia as its bulwark. Al Qaeda and ISIS are both Sunni groups. And the deterioration in the Middle East has brought the two groups in more open conflict once again.

"This is happening within countries and very openly like in the war in Yemen, led by Saudi Arabia on the Sunni side, opposed by Iran and their Houthi rebel proxies on the ground," Zarate said. "It's also obviously emerged in places like Syria and Iraq, but it's also festering in places like Bahrain, Lebanon, even in eastern parts of Saudi Arabia."

"The question in 2016 is does this battle, which has been an undercurrent, really begin to amplify and make problems in Syria and other parts of the Middle East even worse moving forward?" he said.

Though the rest of the world looks somewhat bleak, Zarate said Americans should look to the south - Latin America - for some good news.

He pointed to the ongoing peace process in Colombia to end the long-running civil war between the government and leftist guerrilla commanders known as the Revolutionary Armed Forces of Colombia (FARC). There is likely to be a deal finalized in 2016, ending decades of violence that gave Colombia the distinction of having one of the highest homicide rates in the world.

"We're on the brink of a Colombia that is peaceful, prosperous, and ultimately has a peace deal with the FARC," he said.

Additionally, Zarate pointed to recent elections in Venezuela and Argentina that he says have "brought a ray of hope to those countries."