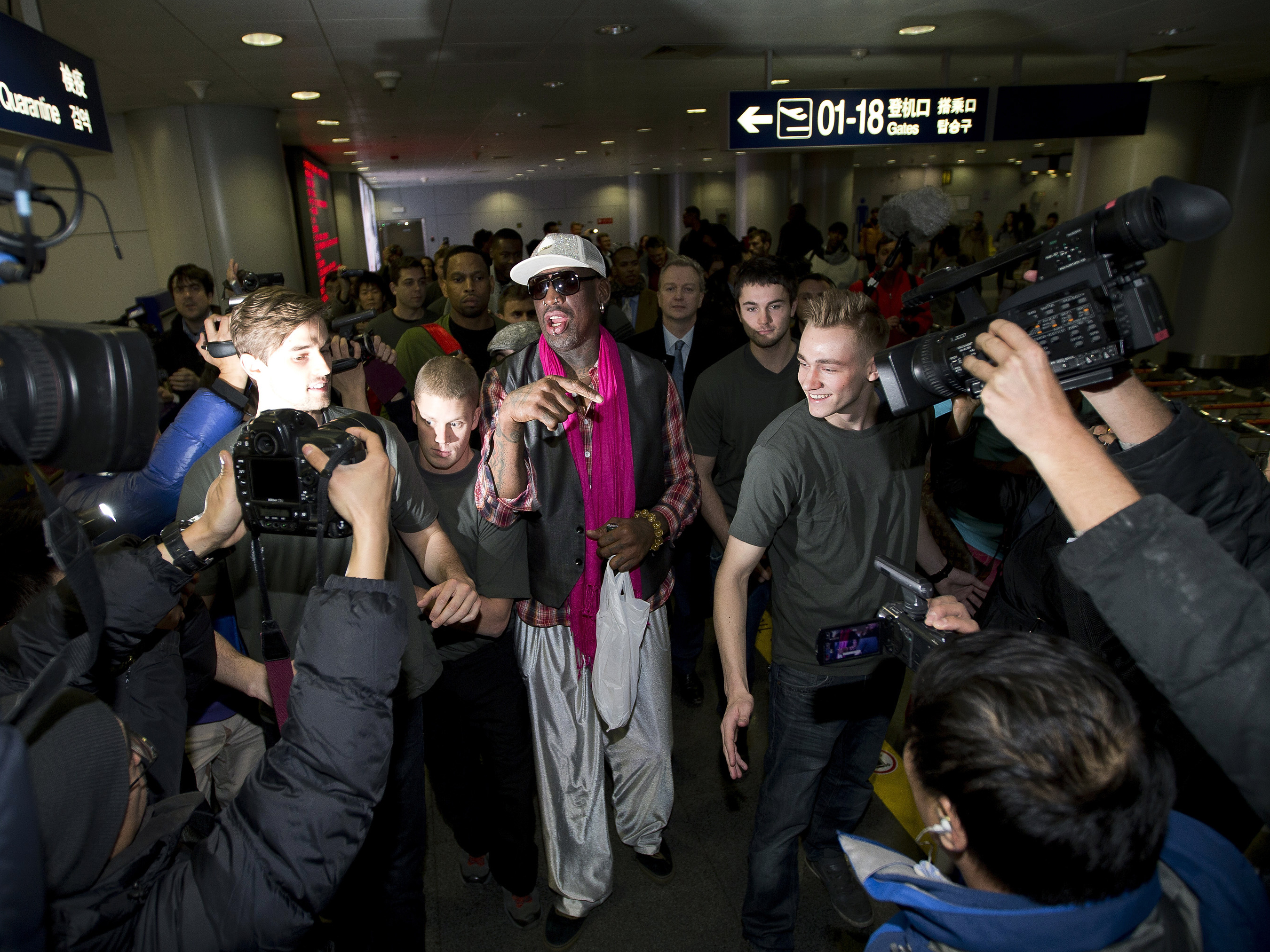 BEIJING - Dennis Rodman said Monday he wants to show that North Korea isn't so bad, as he took a team of former NBA players on a trip for an exhibition game on Kim Jong Un's birthday.

The flamboyant Hall of Famer headed to the North Korean capital from Beijing with a squad of a dozen former basketball stars including Vin Baker and Cliff Robinson in what Rodman calls "basketball diplomacy," although U.S. officials have criticized his efforts.

"It's about trying to connect two countries together in the world, to let people know that: Do you know what? Not every country in the world is that bad, especially North Korea," Rodman told The Associated Press in an interview outside his hotel before heading to the Beijing airport with the team.

"People say so many negative things about North Korea. And I want people in the world to see it's not that bad."

The U.S. is at odds with North Korea over its nuclear weapons program, and Rodman has been faulted for not talking about North Korea's human rights record, described as one of the world's worst by activists, the U.S. State Department and North Korean defectors.

The defectors have repeatedly testified about the government's alleged use of indiscriminate killings, rapes, beatings and prison camps holding as many as 120,000 people deemed opponents of authoritarian leader Kim Jong Un, the third generation of his family to rule.

The U.S. players are to compete in an exhibition game against a North Korean team on Wednesday, Kim's birthday.

"Somehow we have to get along, and no matter what disagreements or what discrepancy we have in life," Rodman said. "It's like saying: Why do we have the Olympics? When everyone one comes together in the Olympics, there's no problems. That's what I'm doing. That's all I'm doing."