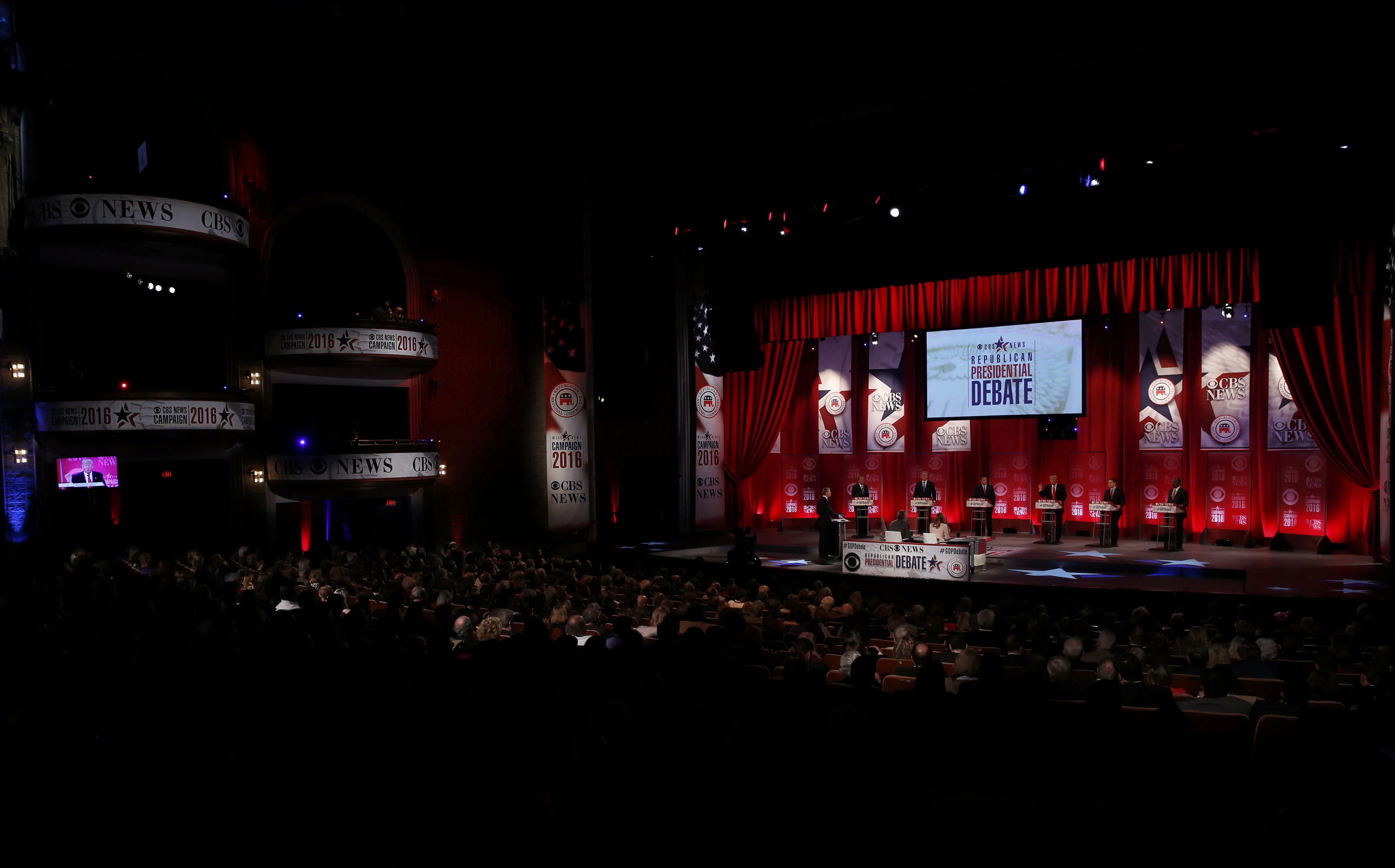 On Thursday night, the five remaining Republican presidential candidates will face off in their tenth Republican primary debate in Houston, Texas.

The White House hopefuls are gathering for the first time after Nevada's caucus and South Carolina's primary winnowed the field earlier this week.

On Tuesday, Trump secured his third straight victory in Nevada, winning handily with a wide margin over his closest rival, Marco Rubio. The New York businessman ended the night with 46 percent of support, while Rubio came in at 24 percent and Cruz at 21 percent. Carson had just five percent of caucus-goer support and Kasich had four percent.

And in South Carolina on Saturday, Trump also dominated over the Republican pack, scoring 33 percent of the vote and earning 50 delegates. Rubio and Cruz were in a virtual tie for second, both with about 22 percent of the vote. After a disappointing finish with just eight percent of the vote in the Palmetto State, former Florida Gov. Jeb Bush suspended his campaign that night.

On Thursday, a poll of GOP voters in Florida, Rubio's home state, showed Trump with a double-digit lead, while a Washington Post-Univision poll showed 80 percent of Hispanics hold unfavorable views of the billionaire front-runner. In Texas, a Monmouth University poll showed that Cruz still has a home state advantage, leading Trump 38 percent to 23 percent. Another Monmouth poll showed Trump leading the field in Virginia.

The debates comes just as Trump is engaged in a battle of words with former GOP presidential nominee Mitt Romney, who recently called on the Republican contenders to make their tax returns public.

Romney said in a Fox News interview Wednesday that Trump's tax filings were "likely to be a bombshell." Trump has said only that his campaign would look into releasing the returns and would "make that determination over the next couple of months."

Thursday's forum will be the last debate before voters cast their ballots in a slew of states next week, during the Super Tuesday nominating contests. Texas, where the debate will take place, is one of those states with a Mar. 1 primary.

The debate, held at the University of Houston, will also be the first GOP forum co-hosted by a Spanish-language channel. Telemundo is teaming up with CNN and Salem Media Group to host the debate.

→Where: University of Houston in Houston, Texas

→Mobile: CNN will live stream the debate across all mobile platforms

→Online: Debate will be live streamed at CNN.com