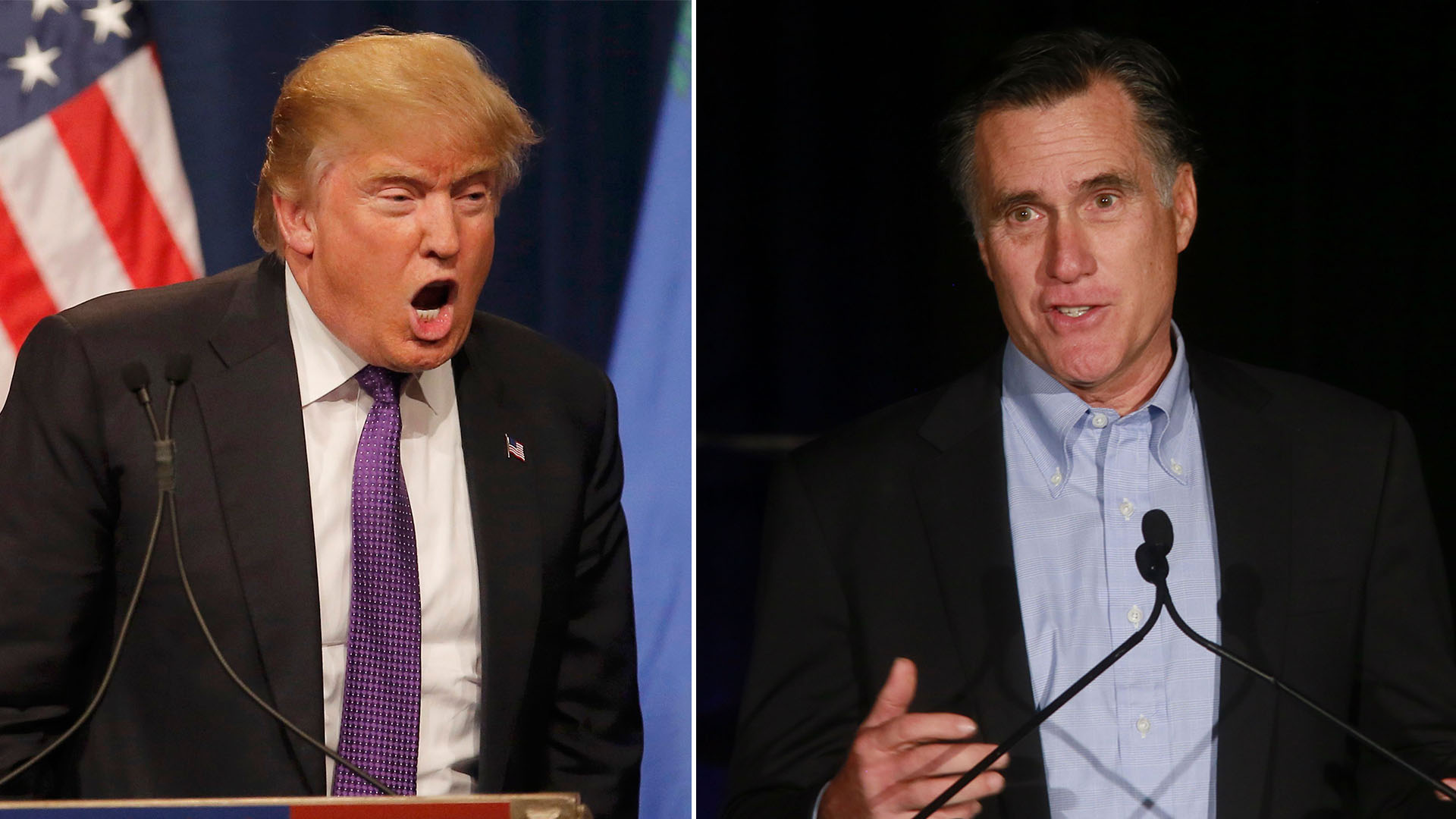 Mitt Romney, the 2012 GOP presidential nominee responded Thursday to a barrage of Twitter insults from Donald Trump with a tweet of his own:

Their war of words began Wednesday, when Romney in a Fox News interview, suggested that there might be something amiss in Trump's tax returns.

"We're now, you know, in late February and we still haven't seen either Donald Trump's or Marco Rubio's or Ted Cruz's taxes," Romney told Fox's Neil Cavuto. "Frankly, the voters have a right to see those tax returns before they decide who our nominee ought to be."

Of Trump's filings specifically, Romney said they're "likely to be a bombshell."

On the topic of his tax returns, Trump has said only that his campaign will "make that determination over the next couple of months." He has been more voluble in his personal responses to Romney, though. Trump tweeted:

And he's been on a roll since that first tweet, lashing out at Romney with the sort of vitriol usually reserved for his rival 2016 contenders.

Another tweet explained that the photo, of Trump glaring as he looks up from signing a stack of papers, depicted him "signing a recent tax return."

He labeled Romney "one of the dumbest and worst candidates in the history of Republican politics" in a tweet. He punctuated that message with another insult: "Dope!"

Later, in another post on the social media platform, Trump promised that he was "going to do what @MittRomney was totally unable to do- WIN!"

His anti-Romney tirade also grew to encompass another figure in the Republican establishment, opponent Marco Rubio.

Trump has also effectively crowd-sourced the art of the insult to his considerable Twitter following, and he's made it a point to repost his followers' attacks.

The attacks will likely continue on the Republican debate stage Thursday night, where the remaining five GOP candidates will gather for their last bout before the Super Tuesday nominating contests.