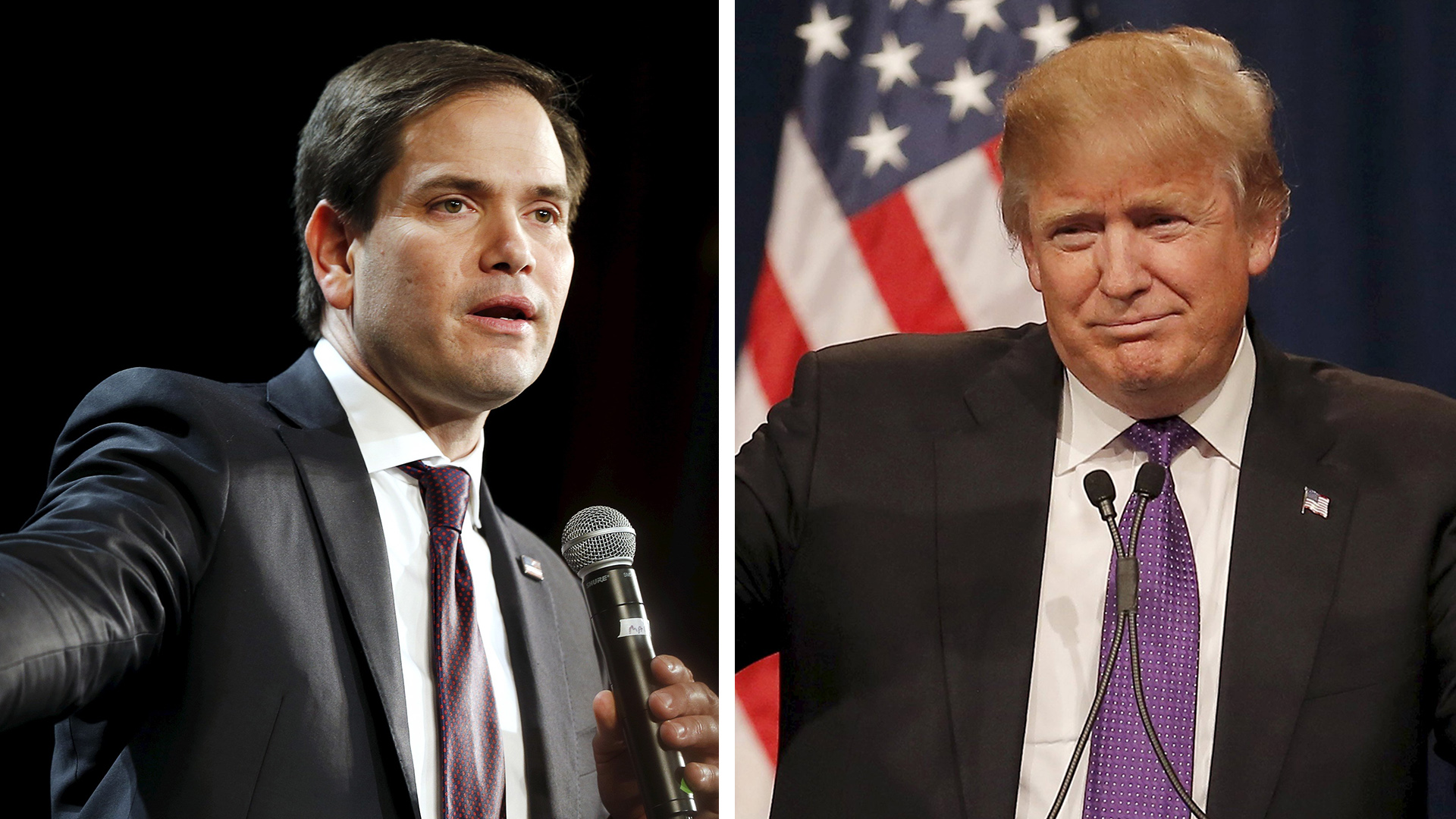 Donald Trump is steamrolling over opponent Marco Rubio, even in the Florida senator's native state, a new poll finds.

According to a Quinnipiac University poll released Thursday, the New York businessman is dominating in the Sunshine State -- 44 percent to Rubio's 28 percent among likely Republican primary voters. Texas Sen. Ted Cruz has 12 percent support, while Ohio Gov. John Kasich and former neurosurgeon Ben Carson trail behind at seven and four percent respectively. Five percent of likely primary voters remain undecided, while 30 percent say they may change their minds before the state opens its voting booths on Mar. 15.

Florida, a winner-take-all state with 99 delegates up for grabs, is an important stepping stone to the Republican nomination -- especially for those White House hopefuls that intend to continue mounting a challenge to Trump, who clinched three straight victories just this month. Without a victory in his home state, Rubio faces an uphill battle to the GOP ticket.

In Florida, Trump leads among nearly all demographic groups, with men flocking to him over Rubio (49-25 percent) and women supporting him by a lesser margin (39-31 percent). The real estate mogul also has a commanding advantage across all age groups.

The only demographic Trump lags in: likely primary voters with a college degree. Rubio has a slight edge with that contingent, 37 percent to Trump's 31 percent support. Voters without a college degree favor the reality television star to Rubio by 50-24 percent.

For Florida voters, the most important quality they consider when voting for a Republican nominee is strong leadership ability. It tops the list of 32 percent of likely primary voters, and 66 percent of them back Trump, with only 16 percent for Rubio. Twenty-three percent of Floridians say they want a candidate who's honest and trustworthy, while 20 percent would prefer someone who shares their values.

The Quinnipiac poll surveyed 705 likely Republican primary voters via land lines and cell phones. The results have a margin of error of 3.7 percentage points.