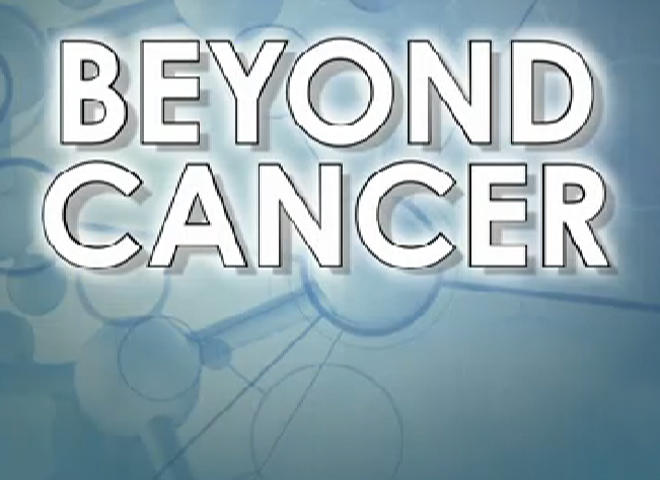 This week: "Beyond Cancer"
Dr. Jon LaPook anchors a special broadcast with the latest news on research, diagnosis and treatments, and stories of survivors.

BOOKS: The history of cancer | Watch Video
Physician and scientist Siddhartha Mukherjee calls cancer "The Emperor of All Maladies" in his Pulitzer Prize-winning history of the disease.  He and anchor Jane Pauley discuss its milestones and breakthroughs.

TRIPTYCH #1:  Scorpion venom as cancer treatment | Watch Video
Researchers have discovered that synthetic scorpion venom, when combined with fluorescent dye and injected into a patient's bloodstream, will stick to cancer cells (and NOT normal cells), and light up tumors on scans, so that surgeons can see clearly where (and where not) to cut.

STUDIES: Cancer clusters: The hunt for a killer | Watch Video
Anna Werner looks at the myths vs. reality of the alarming subject of "cancer clusters" across the Americas.

SURVIVORS: A matter of choice: Mastectomies without reconstruction | Watch Video
Some women who have lost breasts to cancer have chosen to deal with their loss in a fashion that is sparking conversation, and controversy.

They call it "going flat." Instead of reconstructing their bodies with surgical implants, they are embracing their scars, even baring them publicly on websites like Flat and Fabulous and Flat Friends.

TRIPTYCH #2: How dogs may help fight bone cancer | Watch Video
Comparative oncology, a rapidly-growing field of cancer research, pairs veterinarians with human doctors in the fight against cancer.  Apparently, certain cancers in dogs and people share striking similarities.  The hope is that a new treatment for dogs, if successful, could be applied to people, too.

CHILDREN: Pediatric cancer: Miracles in small packages | Watch Video
Thousands of kids are diagnosed with cancer every year, but their odds of beating it have never been better. Tracy Smith reports.

FOOD: Food for thought: Your diet and cancer | Watch Video
Correspondent Martha Teichner looks at the relationship between food and cancer. Can what you eat make a difference in prevention and during cancer treatment itself?

SUNDAY PROFILE: Sheryl Crow, survivor | Watch Video
When Sheryl Crow was diagnosed with breast cancer in 2006 amid personal turmoil, she was devastated. But more than ten years later, she's more poised and centered than ever, balancing the demands of a young family and a new album and clothing line. Rita Braver reports.

To watch the music video from Sheryl Crow's "Halfway There," from Be Myself," click on the video player below.

STORYTELLING: That Dragon, Cancer: A game for Joel | Watch Video
Joel Green was diagnosed with terminal brain cancer in 2010 when he was just one year old. The tumors left him partially blind and unable to speak. But at first the treatment was working.

Ryan Green, a video game developer, and his wife, Amy, decided to tell their story in an unlikely way: through a video game. That Dragon, Cancer is an impressionistic game that chronicles Joel's battle with cancer and the emotional ups and downs of caring for him. Ben Tracy reports.

TREATMENTS: When is it OK not to treat cancer? | Watch Video
No one wants to hear that six-letter word, and if you have it, you just want to get rid of it as quickly as possible. The desire for aggressive treatment is understandable. However, when it comes to how we treat cancer, the pendulum is swinging, with an increasing number of medical professionals now saying we over-diagnose -- and consequently over-treat -- patients. Barry Petersen reports.

TRIPTYCH #3: The cancer breath test | Watch Video
Researchers have learned that certain cancers alter human breath. Now they are exploring the possibility of using a breath test as a simple diagnostic tool for cancer.

NATURE: Spring flowers (Extended Video)
We leave you this Sunday Morning in a field of spring flowers near Llano, Texas. Videographer: Scot Miller.

Have a sun artwork? We'd love to see it. You can email image files (jpg or tif) to Jessica Frank at JAF@cbsnews.com.