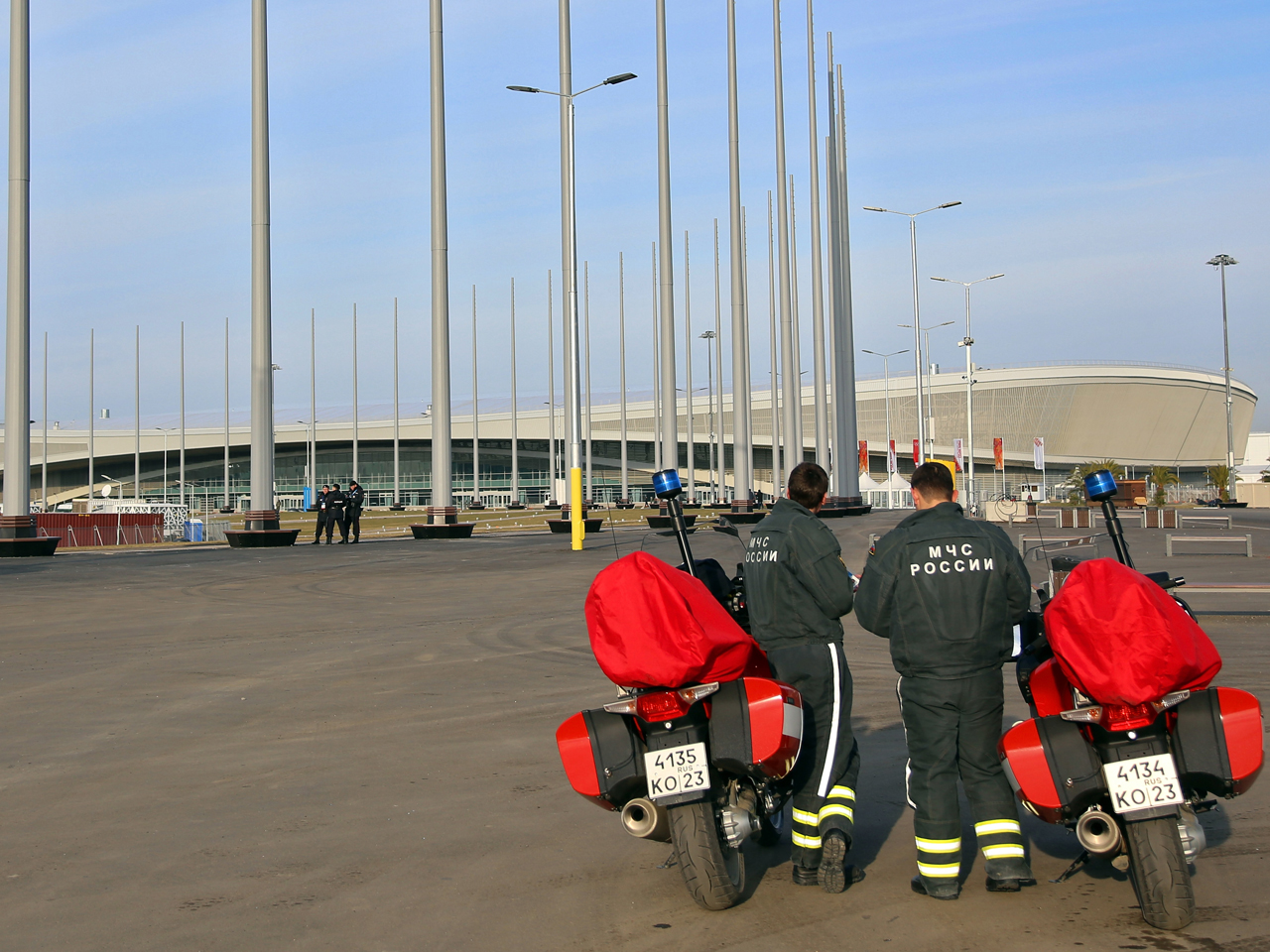 MOSCOW - Russia's counter-terrorism agency says it's studying a video posted by an Islamic militant group that asserted responsibility for suicide bombings that killed 34 people last month and is threatening to strike the Winter Olympics in Sochi.

Security experts say the Russians are right in taking the threat seriously.

The video was posted online Sunday by a militant group in Dagestan, a predominantly Muslim republic in Russia's volatile North Caucasus. The Olympic host city of Sochi lies only 300 miles west of Dagestan.

Two Russian-speaking men featured in the video are identified as members of Ansar al-Sunna, the name of a Jihadist group operating in Iraq. It was unclear whether the men in the video had received funding or training from that group or only adopted its name.

There was no confirmation the two men were the suicide bombers who struck the southern Russian city of Volgograd last month as the video claims. Scores of people were also injured by the bombings of a train station and a bus.

Russia's National Anti-Terrorism Committee said Monday it was studying the video and would have no immediate comment. The video couldn't be viewed in Russia, where Internet providers cut access to it under a law that bans the "dissemination of extremist materials."

It was released by the Vilayat Dagestan, one of the units that make up the so-called Caucasus Emirate, an umbrella group for the rebels seeking to establish an independent Islamic state in the North Caucasus.

Doku Umarov, a Chechen warlord who leads the Emirate, had ordered a halt to attacks on civilian targets in 2012. But he rescinded that order in July, urging his followers to strike the Sochi Olympics, which he denounced as "satanic dances on the bones of our ancestors." The games run from Feb. 7-23.

The Kremlin-backed leader of Chechnya claimed last week that Umarov was dead, but the claim couldn't be verified. The Vilayat Dagestan statement said the Volgograd attacks were carried out in part because of Umarov's order, but it didn't specifically say he had ordered them.

Dagestan has become the center of an Islamic insurgency that has engulfed Russia's North Caucasus after two separatist wars in Chechnya. Militants seeking to create an independent state governed by Islamic Shariah law in the Caucasus launch daily attacks on police and other authorities there. One of the two ethnic Chechen brothers accused of staging the Boston Marathon bombings spent six months in Dagestan in 2012.

"They have capabilities to strike beyond the North Caucasus, which they demonstrated in Volgograd," he said. "It's extremely difficult to stop a 'lone wolf' suicide bombing attack."

Georgy Mirsky, a respected Russian expert on the Middle East, said the video reflected the increasingly close ties between Jihadists in the Caucasus and elsewhere. Russia's war against Caucasus militants has made it an enemy on par with the United States and Israel for militant Islamic groups in the Middle East, he wrote on his blog.

Russia has responded to the Islamic threat by introducing some of the most sweeping security measures ever seen at an international sports event. Some 100,000 police, army and other security forces have been deployed, according to analysts, and tight restrictions have been placed on access to the Sochi area.

Former deputy CIA director Michael Morell said on “CBS This Morning”: “The intelligence services, the military the police, they are out in very large numbers.”

Anyone attending the Winter Olympics has to buy a ticket online from the organizers and obtain a spectator pass that requires providing passport details.

Authorities have already barred access to all cars registered outside of Sochi and Russian police have gone house-to-house methodically screening all city residents.

Soldatov argued, however, that Russia's massive security presence at the Olympics could also have an adverse effect.

"When you put so many troops on the ground, you might get some problems with the coordination of all these people," he said.

Soldatov noted that the ominous threat of a "present" for the visitors to the Games contained in the video is loosely phrased and could herald an attack outside tightly guarded Olympic facilities.

"They never tried to specify the place where they might strike, that's why everybody should be concerned," he said.

Morell said he agreed, and that the Russian militants primary goal is simply to draw attention away from the Olympics and towards themselves, which could be accomplished by attacking elsewhere in the country.

U.S. officials have expressed a growing concern recently that Russia is not doing all it can do to manage the threat they face. Of primary concern is the fact that they are not being cooperative in seeking assistance with the U.S. intelligence community.

House Intelligence Committee chairman Mike Rogers, R-Mich., made similar remarks on CBS' "Face the Nation" that he had “real concerns about the safety,” calling the flow of information like a “tug of war” between nations.

But Russian President Vladimir Putin has defended his country’s preparedness. “The job of the Olympics host is to ensure security of the participants in the Olympics and visitors. We will do whatever it takes,” he said in an interview with ABC’s “This Week.”

"I know we have been in regular communication, including me personally, with their security organizations to make sure we’re coordinating well. I think that we are," Comey said. "I think we’ve improved our information sharing on counterterrorism, and it’s important that we continue that. I also think that securing any Olympics is an enormous task. I think it’s particularly challenging in Sochi, because of its proximity to areas of unrest, and sources of the terrorist threat. That said, as you know, I think the Russian government understands the threat and is devoting the resources to address it."