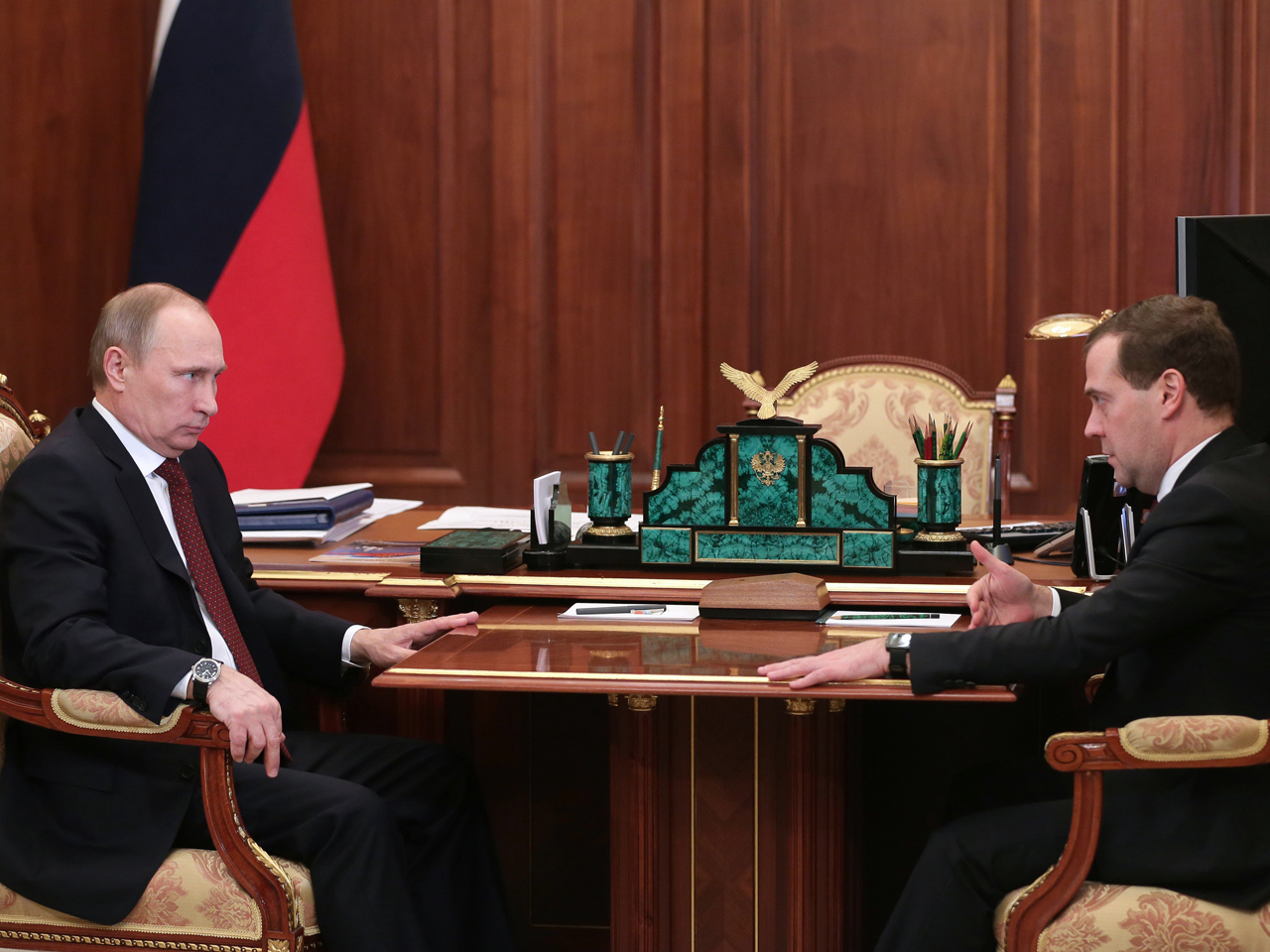 VOLGOGRAD, Russia - President Vladimir Putin said on Tuesday that Russia would "fiercely and consistently continue the fight against terrorists until their complete annihilation", the Interfax news agency reported.

The remarks in a New Year's Eve address were Putin's first public comments since suicide bombers killed at last 34 people in two attacks in the space of less than 24 hours in Russia's southern city of Volgograd.

Police detained dozens of people on Tuesday in sweeps through Volgograd after the attacks raised security fears ahead of the Winter Olympics.

The Health Ministry said three more victims of the attacks died on Tuesday, raising the toll to 34. Officials said 65 other people were hospitalized with injuries. A man wounded when a bomber set off a blast in the city's railway station on Sunday died overnight, bringing the toll in that attack to 18. Regional governor Sergei Bazhenov said 16 died in a trolleybus bombing on Monday.

There was no indication that any of those held was connected to the attacks.

There has been no claim of responsibility for either bombing, but they came only months after the leader of an Islamic insurgency in southern Russia threatened new attacks on civilian targets in the country, including on the Winter Games that are to begin Feb. 7 in Sochi.

Volgograd - formerly Stalingrad - is a city of about 1 million and a transport hub for an area of southern Russia that includes Chechnya and the other mostly Muslim provinces of the North Caucasus, where the insurgency generates deadly violence almost every day.

A car bomb killed a prosecutor's assistant in Dagestan, a hub of Islamist militancy in the Caucasus, on Tuesday, and two people were killed in a bomb blast there late on Monday, authorities said.

Police reinforcements and Interior Ministry troops have been sent into Volgograd, regional police official Andrei Pilipchuk was quoted as telling the Interfax news agency. He said more than 5,200 security forces are deployed in the city.

Volgograd authorities have canceled mass events for New Year's Eve, one of Russia's most popular holidays, and asked residents not to set off fireworks. In Moscow, festivities were to go ahead but authorities said security would be increased.

Olympic Games organizers have introduced some of the most extensive identity checks and security measures ever seen at an international sporting event. CBS News correspondent Elizabeth Palmer reports more that the most expensive Olympics in history – with a price tag of more than $50 billion – will see more than 70,000 police and troops deployed to protect the Games.

But even if security at the Games themselves is tight, many analysts suggest that public transit in Sochi and sites away from the sports venues are vulnerable.

Suicide bombings have rocked Russia for years, but the insurgents seeking to create an Islamic state have largely confined their attacks to the North Caucasus region in recent years. The blasts in Volgograd signaled that militants want to show their reach outside their native region. Volgograd is about 200 miles north of the Caucasus and about 430 miles northeast of Sochi.

After the attacks, mourners laid flowers at the site of the suicide bombing that tore the bus apart.

"I'm frightened," said Tatyana Volchanskaya, a student in Volgograd, 400 miles northwest of Sochi, the Black Sea resort where the Winter Games start on February 7. She said some friends were afraid to go to shops and other crowded places.

The attacks posed a challenge to President Vladimir Putin, who oversaw a war that drove rebels from power in Chechnya over a decade ago but has been unable to quell the Islamist insurgency that erupted in its wake.

Putin has staked his prestige on the Games in Sochi, which lies at the Western edge of the Caucasus Mountains and within the strip of land the insurgents want to carve out of Russia and turn into an Islamic State.

He ordered increased security nationwide after the attacks, the deadliest outside the North Caucasus since a suicide bomber from a province next to Chechnya killed 37 people at a Moscow airport in January 2011.

Interior Ministry spokesman Andrei Pilipchuk, said on state TV that 87 people had been detained after they resisted police or could not produce proper ID or registration documents, and that some had weapons. State TV showed helmeted officers pushing men up against a wall. But there was no sign any were linked to the bombings or suspected of planning further attacks.

The Itar-Tass news agency said police were focusing on migrant workers from the Caucasus and ex-Soviet states - groups that rights activists say face prejudice and are often targeted by police indiscriminately.

Investigators said they believed a male suicide bomber was responsible for Monday's morning rush-hour blast, which turned a trolleybus into a twisted wreck and left bodies lying in the street.

In Sunday's attack, authorities initially described the bomber as a woman from Dagestan, but later said the bomber may have been a man.

Citing unnamed sources, the Interfax news agency said the suspected attacker in Sunday's blast was an ethnic Russian convert to Islam who had moved to Dagestan and joined militants there early in 2012.

Volgograd was also the scene of an attack in October, when a woman from Dagestan killed seven people in a suicide bus blast.

The violence raised fears of a concerted campaign before the Olympics, an important project for Putin, who secured Russia's first post-Soviet Games in 2007, during his initial 2000-2008 stint as president.

Intended to showcase how Russia has changed since the collapse of Soviet communism in 1991, the Games have also been a focus for complaints in the West and among Russian liberals that Putin has stifled dissent and encouraged intolerance.

This month, Putin freed jailed opponents including oil tycoon Mikhail Khodorkovsky and the Pussy Riot punk band in what critics said was an effort to disarm Western criticism and improve his image.

In an online video posted in July, the Chechen leader of insurgents who want to carve an Islamic state out of mainly Muslim provinces south of Volgograd, urged militants to use "maximum force" to prevent the Games from going ahead.

International Olympic Committee President Thomas Bach condemned the "despicable attack on innocent people" and said he had written to Putin to express condolences and confidence that Russia would deliver "safe and secure games in Sochi".

The U.S. government is concerned Islamist militants may be preparing attacks aimed at disrupting the Olympics and has offered closer cooperation with Russia on security.