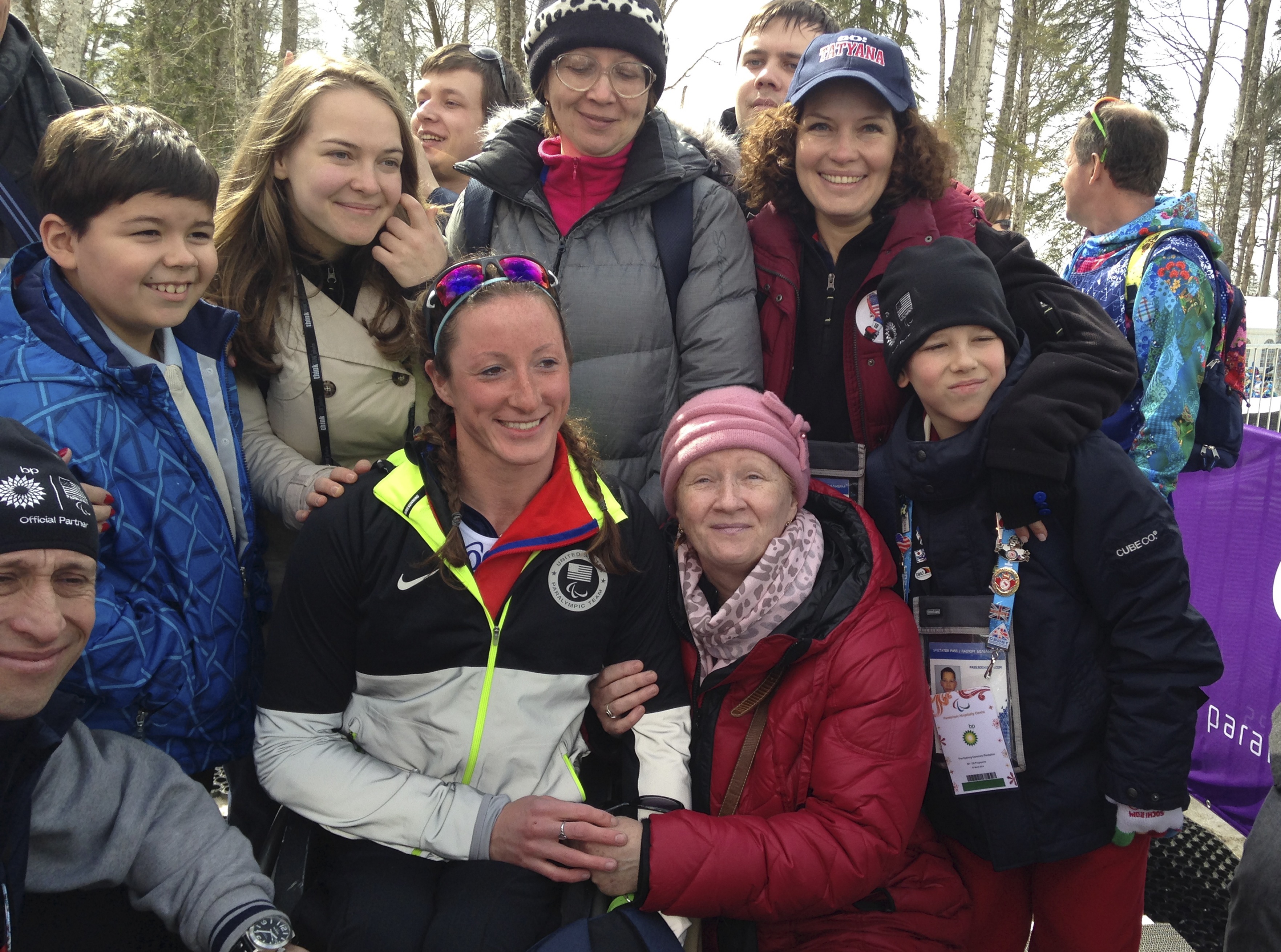 KRASNAYA POLYANA, Russia -- Pushing through pain in her debut at the Winter Paralympics, Tatyana McFadden only had to remember who was watching to draw inspiration on this emotional homecoming.

Together in the stands at the cross-country skiing were McFadden's Russian birth mother and the American who adopted her as an ailing child.

"I got to see them before I raced so I think it gave me that extra energy, an extra boost," the 24-year-old McFadden said after finishing fifth. "I just raced for my family today. When I was feeling tired, in pain and frustrated I just had to think about my family in the stands."


When McFadden left a St. Petersburg orphanage for Maryland 20 years ago, she was not expected to live long, let alone return to Russia. After spending the first six years of life walking on her hands because of spina bifida, even after several operations in the U.S., her adoptive family feared the worst.

But McFadden survived against the odds, with a fighting spirit that drove her into an unlikely yet successful sporting career, leading to Sunday's emotional and rare reunion with the mother forced to abandon her.

"I am very proud, it's amazing," said Nina Polevikova, beaming with pride to her daughter as her Russian family translated. "It's like a miracle."

McFadden is already a decorated athlete, with 10 medals from the last three Summer Paralympic Games in wheelchair racing, and last year the first "grand slam" in wheelchair marathon racing.

Deborah McFadden, who adopted Tatyana at age 6, had expected the winnings from the Boston, Chicago, London and New York marathon to be spent on a new car. Instead that cash was used to bring her birth family and the St. Petersburg orphanage director to Sochi.

"Tatyana's my daughter, but it's taken a lot of people to get her where she is today," said Deborah McFadden, who first met Tatyana in Russia while working as a commissioner of disabilities for the U.S. Department of Health and Human Services.

"She's alive and she is back in the country where I met her where she wasn't supposed to survive."

She's doing more than just surviving. And the pride of her mothers was clear from the tearful hugs as she recovered from the grueling Paralympic debut over 12 kilometers.

"It's definitely been a tough transition," said McFadden, who won three golds on the track at the 2012 London Paralympics. "It's harder than wheelchair racing because the snow can change every day."

At a Paralympics overshadowed at times by politics in Russia, McFadden steered clear from controversy. Previously, McFadden tried unsuccessfully to derail a Russian law that prohibits adoptions of Russian children by American parents.

"We did everything we could," she said. "I think that being here people can see my story and what an impact it is, just from my personal experience."

So adopting a more diplomatic stance than previously, she instead delivered a message to disabled children who might have given up hope.

"I've always had a lot of courage, and a lot of strength," she said. "And it made me the person I am today."

And, with three more events to come in Sochi, McFadden will hope to return from Russia with a medal.

"I love being part of the (Russian) culture, eating the food and meeting the people," she said. "But my home is in America."

Refusing to be a "one-hit wonder," Ted Ligety builds his ski legacy