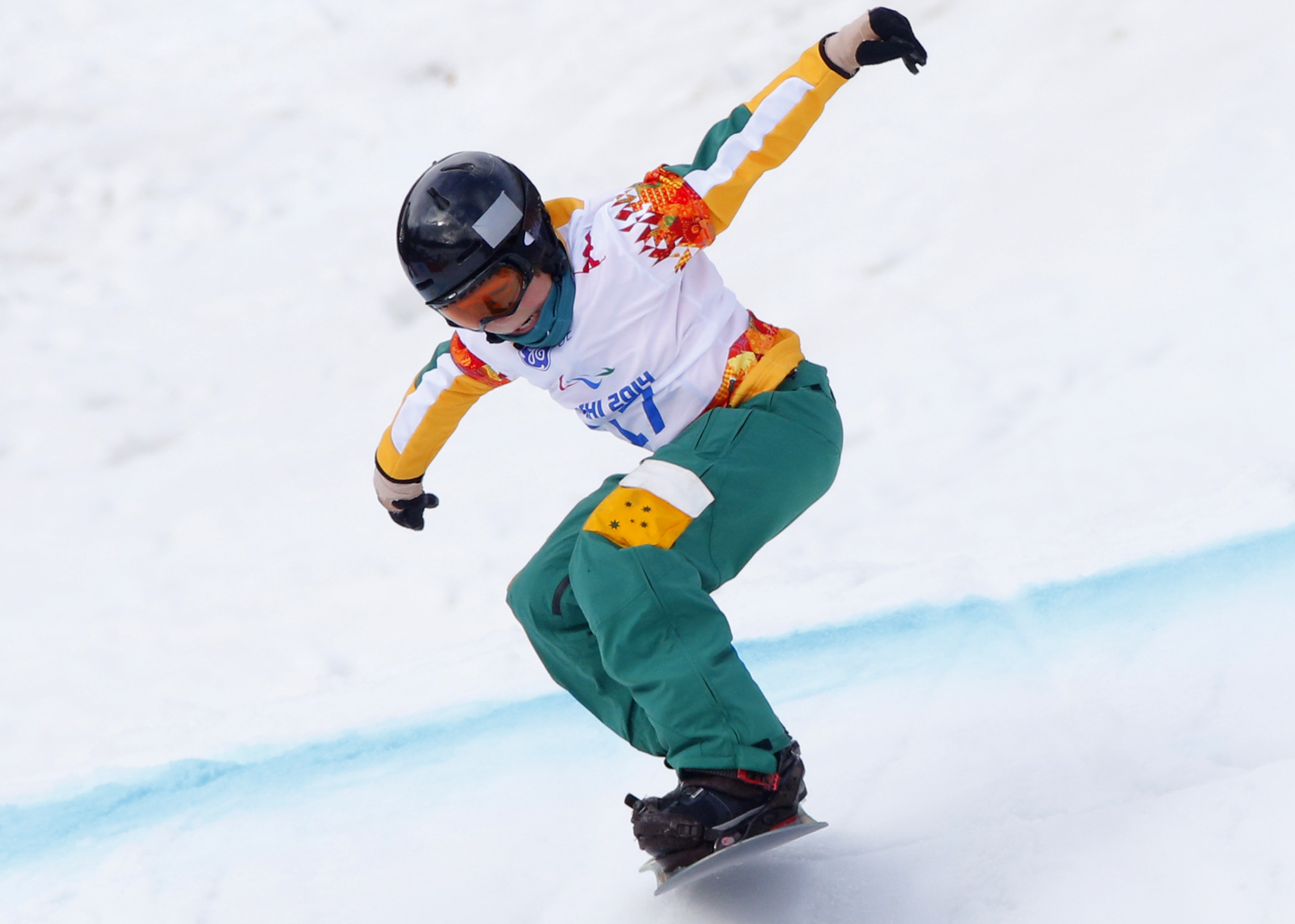 KRASNAYA POLYANA, Russia -- For the youngest Paralympian in Sochi, competing was about more than fulfilling a personal target.

Ben Tudhope, a 14-year-old Australian, felt a duty to honor the memory of a late teammate in finishing 10th out of 33 on his - and snowboarding's - Paralympics debut.

Matthew Robinson died last month during a refueling stop while being transported in an air ambulance back to Australia from Spain with neck and spinal injuries from a race accident.

"It was just all for you," Tudhope said on Friday.

"Matthew Robinson was a big encouragement for me. He just lifted my game a lot in the third run."

The teenager saved his fastest descent until that final run, to finish in the top 10 in an event where the two best times are combined. Performing in front of the biggest crowds of his short career, Tudhope was 13.23 seconds behind Evan Strong, who led an American sweep of the podium.

"I feel really good being so young at the games, it's a really amazing experience," he said. "At every World Cup we have a few parents at the bottom but here we have so many people cheering you on."

Tudhope, who has partial paralysis on the left side of his body after being born with cerebral palsy, was 11.11 seconds behind 41-year-old compatriot Trent Milton.

"It was really nerve-wracking but my goal was just to (gain) experience," Tudhope said.

Not satisfied with just appearing at the Paralympics, Tudhope is targeting a medal in Pyeongchang in 2018.

"South Korea will be awesome, hopefully I get even better, stronger and bigger," he said. "Hopefully I have a lot more games in me."

But for now, it's back to Manly, New South Wales - and studies.

"It will be really weird going back to school but I will love to see my friends," he said.

Refusing to be a "one-hit wonder," Ted Ligety builds his ski legacy