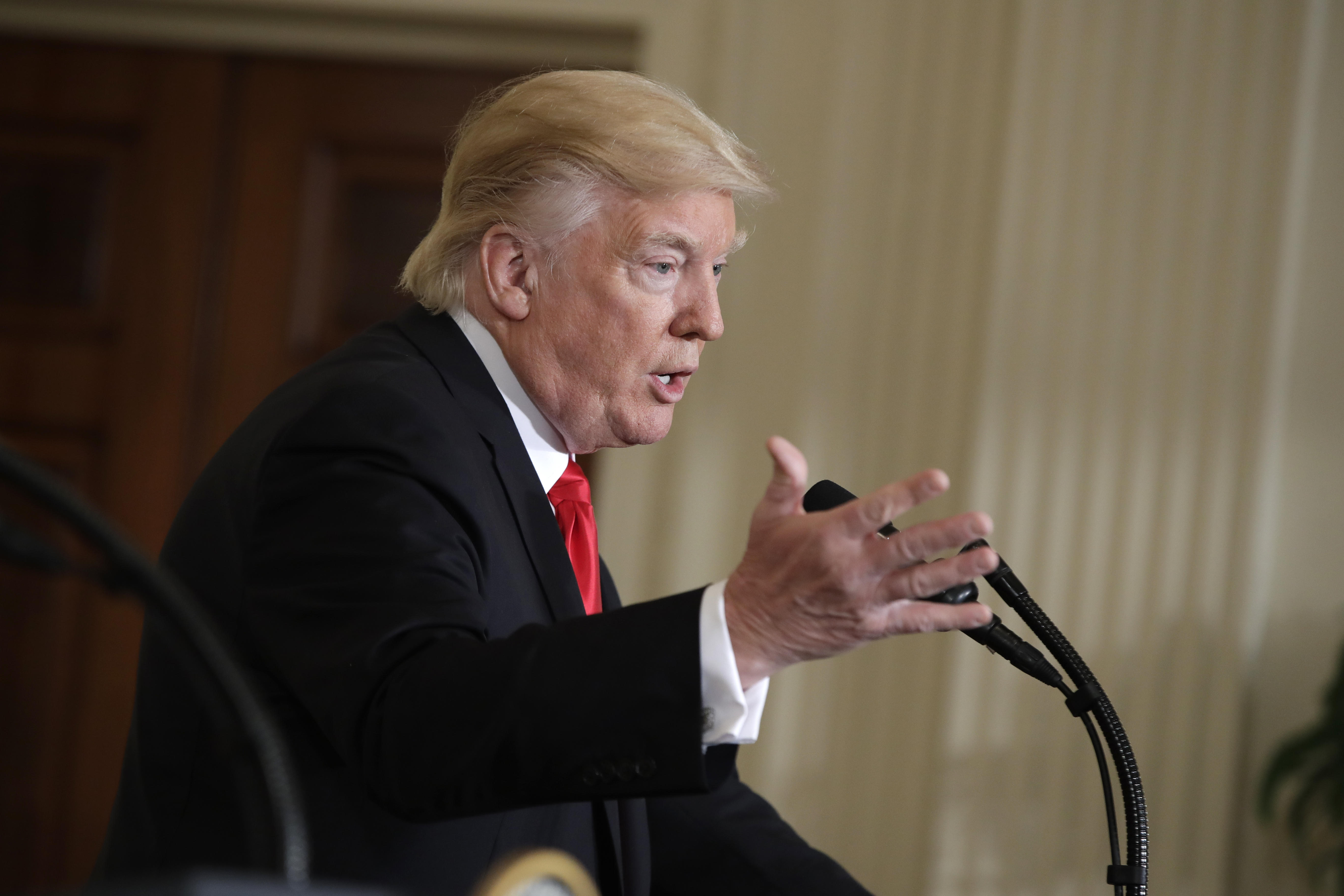 The 9th Circuit Court could rule as soon as today on whether to reinstate the president’s travel ban.

President Trump addressed the Major Cities Chiefs Association -- at one point during the speech, he talked about and read from his executive order banning immigrants from seven countries.

“[The executive order] couldn’t have been written any more precisely....It was written beautifully,” he told police chiefs and sheriffs this morning. He blasted the courts for seeming to be “political” and later discussed the “real wall” proposed along the U.S.-Mexico border, which Mr. Trump said was “getting designed right now.”

Supreme Court nominee Neil Gorsuch was reportedly critical of President Donald Trump’s recent attacks on the judiciary during a meeting with a Democratic senator Wednesday.

A source on the Supreme Court nomination team said the two talked about Mr. Trump’s recent attacks on the judiciary. Blumenthal feels disheartened by what the president has said about several judges, and thinks the attacks are abhorrent. Gorsuch reportedly agreed that it was disheartening and said it was“demoralizing.” CNN and the Hill first reported the remarks.

The president lashed out at @Nordstrom today, claiming daughter Ivanka “has been treated so unfairly” by the retailer.

The retailer’s shares dipped a little after the tweet, but rebounded soon after.

Nordstrom dropped Ivanka Trump’s brand earlier this month because of lackluster sales. “Based on the brand’s performance, we’ve decided not to buy it for this season,” a spokesperson for Nordstrom said.

That’s according to her lawyer in a libel law suit against British media company Mail Media, which owns The Daily Mail.

The Senate is expected to vote on Sen. Jeff Sessions’ confirmation to be attorney general -- that could take place as soon as this evening.

The president will be meeting with Intel CEO Brian Krzanich this afternoon.

An appeals court in San Francisco heard arguments on whether to reinstate President Trump’s travel ban.

Here’s the live blog on the arguments, which started at 6 p.m: Appeals court hearing on Trump travel ban - live updates.

Mr. Trump’s travel ban faced its toughest test yet Tuesday as a panel of appeals court judges hammered away at the administration’s claim that the ban was motivated by terrorism fears while also directing pointed questions to the opposing attorney, who challenged the executive order on grounds that it unconstitutionally targeted Muslims.

The contentious hearing before three judges on the San Francisco-based 9th Circuit Court of Appeals focused narrowly on whether a restraining order issued by a lower court should remain in effect while a challenge to the ban proceeds. But the judges also jumped into the larger constitutional questions surrounding Trump’s order, which temporarily suspended the nation’s refugee program and immigration from seven mostly Muslim countries that have raised terrorism concerns.

In the most contentious confirmation vote yet, the Senate confirmed Betsy DeVos as President Trump’s secretary of education 51-50, with Vice President Mike Pence having to cast the tie-breaking vote.

Sen. Elizabeth Warren has earned a rare rebuke by the Senate for quoting Coretta Scott King on the Senate floor.

Coretta Scott King wrote in her letter that, when acting as a federal prosecutor, Sessions used his power to “chill the free exercise of the vote by black citizens.”

Quoting King technically put Warren in violation of Senate rules for “impugning the motives” of Sessions, though senators have said far worse stuff. And Warren was reading from a letter that was written 10 years before Sessions was even elected to the Senate.

The Trump travel ban: How to keep track of the legal battles

U.S. Supreme Court Justice Ruth Bader Ginsburg lamented partisanship in Congress during a talk at Stanford University on Monday and said she hoped it would return to an era when “it was working for the good of the country and not just along party lines.”

First Lady Melania Trump has settled her libel lawsuit against a Maryland blogger who wrote about rumors that Melania Trump had been a “high-end escort” and that she had “a mental breakdown” during the presidential campaign. As part of the settlement, the blogger, Wester Griffin Tarpley, issued a written statement and will, according to a statement from Trump’s lawyer, “pay a substantial sum as a settlement.”