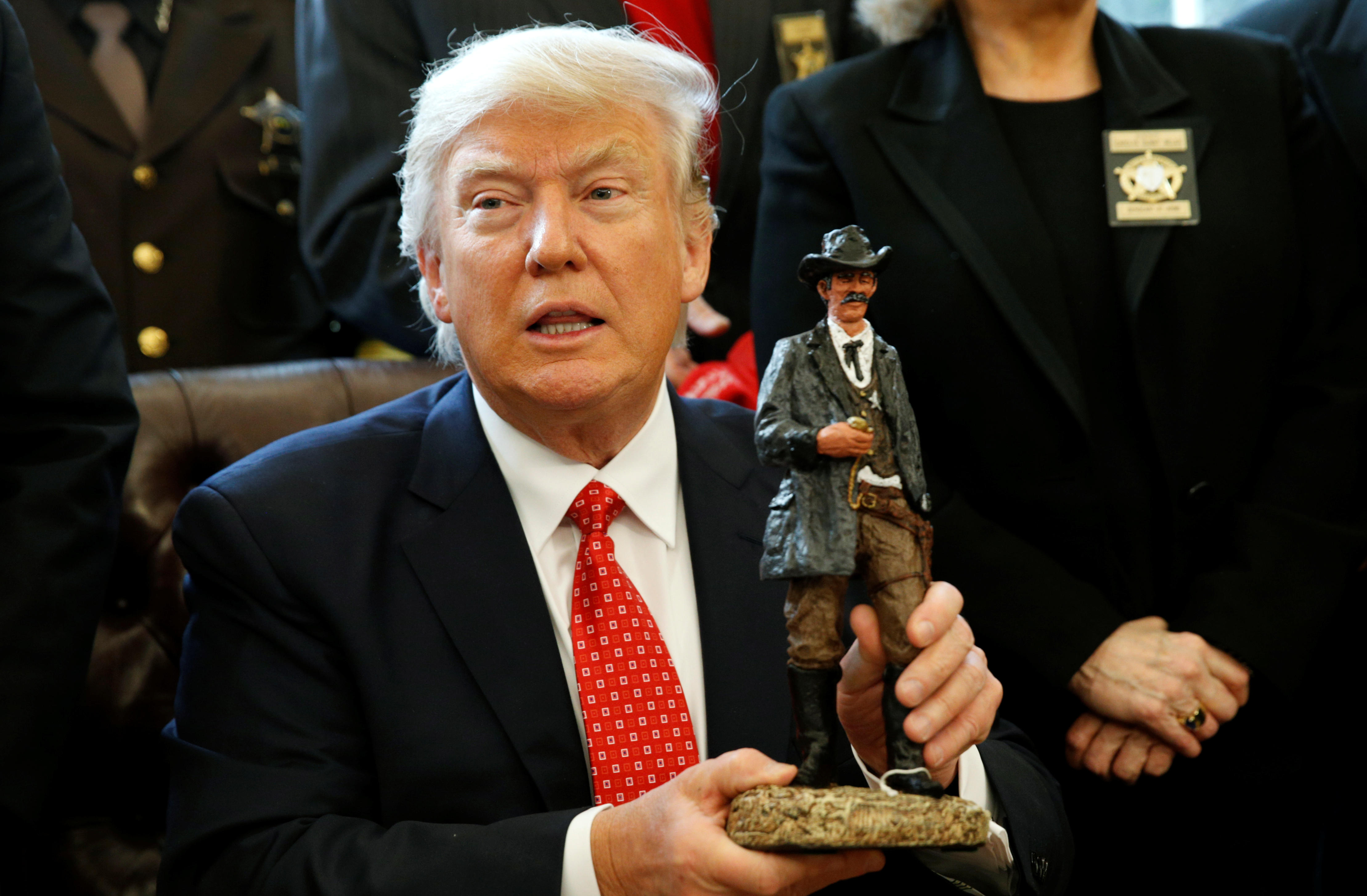 Contrary to Mr. Trump’s claim, the national crime rate remains at an almost historic low with a slight uptick in crime in some cities, according to the FBI’s most recent release of crime statistics in 2015.

Despite being widely debunked, Mr. Trump repeated this false claim throughout the duration of his campaign.

“And by the way, do you know, it was just announced that murder, is the highest its been in our country in 45 years? You’ve heard that, right?” Trump said during a Panama City Beach rally in October.

Kellyanne Conway, an advisor to Mr. Trump, presented a milquetoast defense of Mr. Trump’s statement today when grilled on the matter by CNN’s Jake Tapper.

“When he talks about the 47 years and the rate, I’m handed the information, I think you referred to it as well, that we have had an increase from 2014 to 2015,” Conway said.