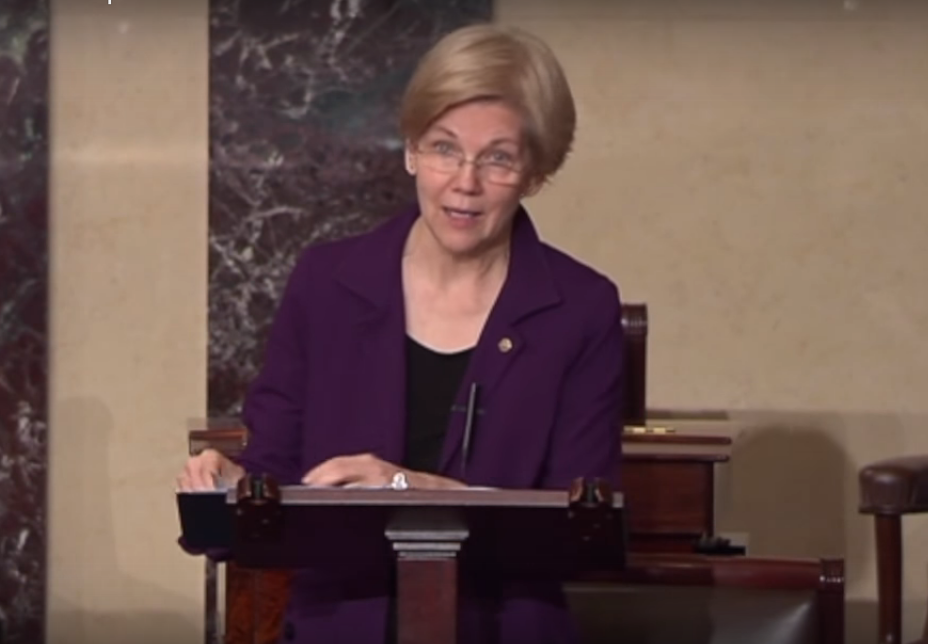 WASHINGTON -- Sen. Elizabeth Warren has earned a rare rebuke by the Senate for quoting Coretta Scott King on the Senate floor.

The chamber is debating the Alabama Republican’s nomination for attorney general, with Democrats dropping senatorial niceties to oppose Sessions and Republicans sticking up for him.

It all happened during a session Democrats planned to keep going all night -- their  second straight all-nighter. The debate the night before was over the nomination of Betsy deVos to be education secretary. Vice President Pence had to break a 50-50 tie in the final Senate vote mid-day Tuesday to put her over the top. He later swore her in.

King wrote in her letter that, when acting as a federal prosecutor, Sessions used his power to “chill the free exercise of the vote by black citizens.”

Quoting King technically put Warren in violation of Senate rules for “impugning the motives” of Sessions, though senators have said far worse stuff. And Warren was reading from a letter that was written 10 years before Sessions was even elected to the Senate.

Still, top Senate Republican Mitch McConnell invoked the rules. After a few parliamentary moves, the GOP-controlled Senate voted to back him up.

Now, Warren is forbidden from speaking again on Sessions’ nomination. A vote on Sessions is expected Wednesday evening.

Democrats pointed out that McConnell didn’t object when Sen. Ted Cruz, R-Texas, called him a liar in a 2015 dustup.

“I’m reading a letter from Coretta Scott King to the Judiciary Committee from 1986 that was admitted into the record. I’m simply reading what she wrote about what the nomination of Jeff Sessions to be a federal court judge meant and what it would mean in history for her,” Warren said.

McConnell remained steadfast that Warren was “had appeared to violate the rule,” according to Politico. “She was warned. She was given an explanation. Nevertheless, she persisted,” McConnell said.

Warren posted on Twitter that “McConnell decided to silence me” and “I will not be silent.”

Warren then went live on Facebook to read the letter outside the Senate chamber.

The episode was followed by lamentations by Senate veterans, including its most senior Republican, Orrin Hatch of Utah, about how the Senate is too partisan.