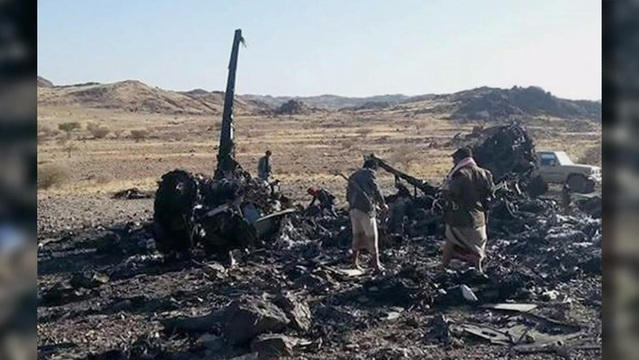 Sources told CBS News on Wednesday that the government of Yemen had withdrawn permission for the U.S. to launch Special Operations ground missions inside the country, but Yemeni officials later denied the drastic change in cooperation with the U.S. military.

“Yemen continues to cooperate with the United States and continues to abide by all the agreements,” Yemeni Foreign Minister Abdul-Malik al-Mekhlafi told The Associated Press, saying it was “not true” that his government had asked U.S. forces to cease ground operations in Yemen.

He added that the government was “involved in talks with the U.S. administration on the latest raid,” and had requested a “reassessment” of a deadly raid by U.S. Special Operations forces in al-Bayda province on Jan. 29.

It is not clear what might have prompted the Yemeni government to change its stance on the permission for U.S. ground operations over the course of Wednesday, but the Yemenis clearly felt the need to make their displeasure with the raid known. The operation left at least 30 people dead, reporteldy including Yemeni women and children. American Navy SEAL Ryan Owens was also killed.

The raid was the first commando operation approved by President Trump.

CBS News correspondent David Martin reported that any lingering withdrawal of the Yemenis’ permission for U.S. ground operations would be a major setback for a planned military campaign against the al Qaeda branch in the country.

Many U.S. intelligence and security officials believe that branch, known as al Qaeda in the Arabian Peninsual (AQAP), is the most likely al Qaeda faction to launch terrorist attacks against the U.S.

Pictures from the aftermath of the U.S. raid bore signs of an operation gone wrong, says Martin. Fourteen al Qaeda operatives were killed, but so were at least 15 civilians. The Yemeni government was outraged about those civilian casualties.

Under the cover of night, SEAL Team 6 advanced toward an al Qaeda compound. But they were pinned down and forced to call in an airstrike, which killed both militants and civilians inside the compound.

The team then raided the hideout, collecting hard drives, laptops, and cell phones. But Chief Petty Officer Ryan Owens was killed, and a $72 million medevac aircraft crash-landed and had to be destroyed.

Critics including Republican Sen. John McCain have said any operation that results in the loss of American life cannot be considered a success, although the White House calls it exactly that.

“It was highly successful. It achieved the purpose it was going to get, saved the loss of life that we suffered and the injuries that occurred,” White House press secretary Sean Spicer said.

The purpose of the raid was to gather intelligence to be used in future operations against al Qaeda in Yemen, but with Yemen demanding a “reassessment” in the wake of the Jan. 29 raid, the future of those missions has been clouded.

As Martin reports, it appears the first military operation approved by President Trump may have backfired to some degree.