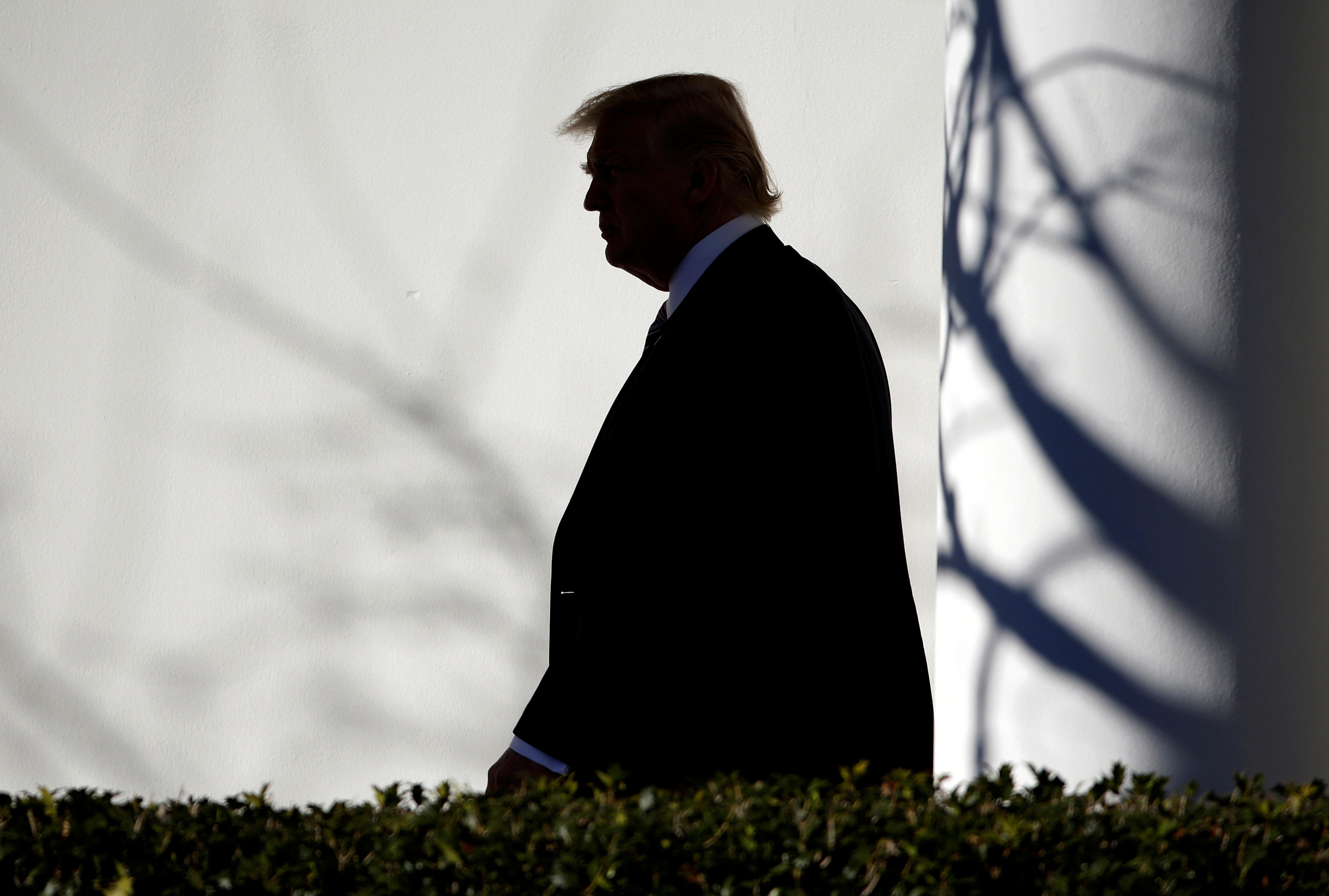 The president defended his immigration order, which prohibits refugees or any citizens from seven predominantly Muslim countries from entering the U.S., in the series of tweets. He also swore that Robart’s temporary restraining order, which effectively freezes the executive order’s most controversial provisions, would be “overturned”:

There is little evidence, however, for Mr. Trump’s claim that some Middle Eastern countries “agree with the ban.” On the contrary, many have expressed wary dismay at the order, with Iran -- one of the countries whose citizens are affected by the ban -- even seemingly threatening retaliation.

Mr. Trump later added this tweet about the “so-called judge” and his “ridiculous” opinion:

Later that afternoon, Mr. Trump tweeted again about the judge:

Mr. Trump continued his criticism of Robart on Sunday with two new tweets, including one saying he had instructed the Department of Homeland Security to check visitors to the country “VERY CAREFULLY” in the wake of the decision:

Mr. Trump has already faced criticism for his assailing comments of Judge Robart.

“The President’s attack on Judge James Robart, a Bush appointee who passed with 99 votes, shows a disdain for an independent judiciary that doesn’t always bend to his wishes and a continued lack of respect for the Constitution, making it more important that the Supreme Court serve as an independent check on the administration,” Schumer said. He referenced the upcoming Senate fight over Mr. Trump’s Supreme Court nominee, Judge Neil Gorsuch, saying the president’s comments “raises the bar even higher” and said Gorsuch’s “ability to be an independent check” will be a prominent question in the judge’s confirmation process.

Late Friday, the White House said it would file an emergency stay of the order, according to press secretary Sean Spicer. The president, earlier that evening, had weighed in once more about his ban on Twitter, saying America must “keep ‘evil’ out” of the country:

The stay on Mr. Trump’s travel ban will continue until Robart hears a Washington state lawsuit against the executive order. If the state wins, the ban will be nullified across the U.S.

The State Department has already begun complying with Robart’s injunction. A State Department official told CBS News in a statement Saturday that the agency has “reversed the provisional revocation of visas.”

“Those individuals with visas that were not physically cancelled may now travel if the visa is otherwise valid,” the official said.

The Department of Homeland Security is following suit.

According to the agency’s acting press secretary, Gillian Christensen, DHS has “suspended any and all actions implementing the affected sections of the Executive Order.”

Christensen said, however, that the Justice Department intends to file an emergency stay of the order, which she called “lawful and appropriate.”

Several legal battles continue to play out across the country over Mr. Trump’s immigration order. In a seemingly contradictory decision Friday, U.S. District Judge Nathaniel Gordon declined to renew a temporary injunction on the detentions or removals that were the result of Mr. Trump’s travel ban. The seven-day temporary restraining order was part of a suit filed by the American Civil Liberties Union in Boston.

During another hearing in a federal court in Alexandria, Virginia, earlier this week, a Justice Department lawyer said at least 100,000 visas had been revoked in the short time the ban has been in place. According to the State Department, that number is significantly lower: Only about 60,000 visas have been affected, one spokesman told CBS News.

Saturday’s tweets weren’t the first time Mr. Trump has trained his Twitter firepower on the courts. During the course of the 2016 campaign, the president railed against a Hispanic federal judge presiding over his Trump University case, claiming that Gonzalo Curiel was a “hater” biased against him because of his Mexican heritage.