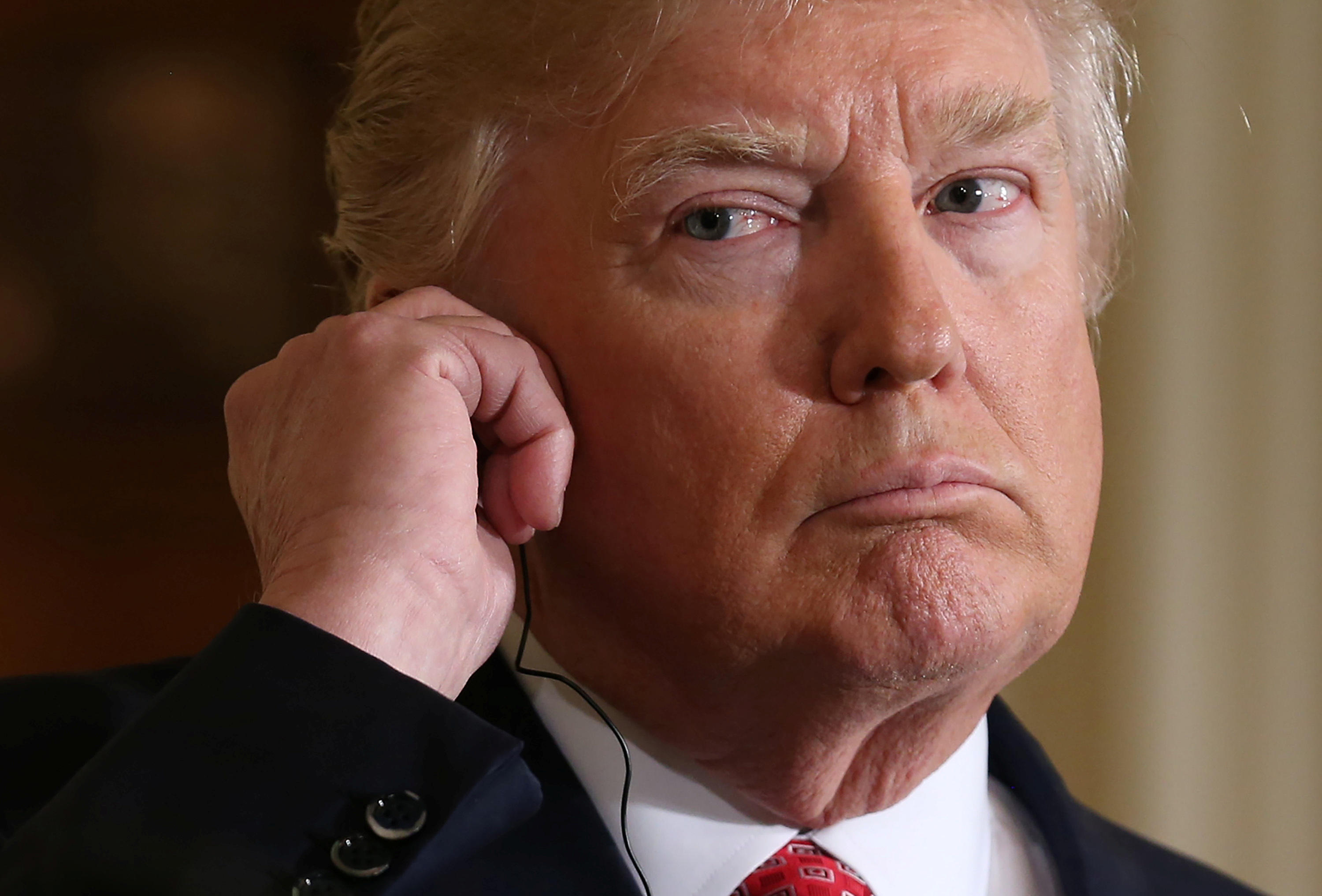 Petraeus out of the running for National Security Adviser

After a week batting down a string of controversies, the president is holding his first post-inauguration campaign-style rally early Saturday evening.

Meetings at the “Southern White House”

Mr. Trump tweeted about meetings this weekend in Mar-a-Lago. It’s not known yet whom Mr. Trump will be meeting.

McCain, who has openly quarreled with the president, said at the Munich Security Council that “more and more of our fellow citizens seem to be flirting with authoritarianism and romanticizing it as our moral equivalent.”

AP: Vice President Mike Pence vowed Saturday that the United States will “hold Russia accountable” even as President Trump searches for new common ground with Moscow at the start of his presidency.

The president visited the Boeing plant in North Charleston, South Carolina, where the Dreamliner 787-10 is built. He’ll make remarks at 12:45 p.m. after touring the newest version of the plane.

His message today, he told them, was that America “is going to start winning again,” and he promised to fight for more jobs and more better-paying jobs “for the loyal citizens of our country.”

The president’s visit came just after the workers at the plant overwhelmingly voted against unionizing.

From Charleston, he travels to Mar-a-Lago for the weekend.

State Dept layoffs under Rex Tillerson being carried out

“The Takeout” - The leakers and the liars

That information has been filtering out in leaks to major news outlets, a trend that’s angering the president, who has railed against leaking in tweets and speeches, as well as in Thursday’s news

The combative attorney President Donald Trump picked to be his ambassador to Israel said Thursday that he regrets using “inflammatory rhetoric” during the “highly charged” 2016 presidential campaign.

Dubke will take the job that was offered to Jason Miller, who declined to accept the the White House job shortly after he was tapped to lead the communications office in December.

During his hastily arranged news conference, Donald Trump talked about a meeting with Maryland Rep. Elijah Cummings that has yet to take place.

“I actually thought I had a meeting with Congressman Cummings, and he was all excited,” the president recalled. “And then he said, ‘Well, I can’t move, it might be bad for me politically. I can’t have that meeting.’”

“Very nice guy,” though, Mr. Trump said of Cummings. He speculated that Cummings “probably was told by Schumer or somebody like that, some other lightweight. He was probably told - he was probably told ‘don’t meet with Trump. It’s bad politics.’”

Cummings, as it turned out, watched the entire hour and 15 minute presser by the president, and he told CBS News’ Catherine Reynolds and Alan He that he didn’t expect Mr. Trump to bring up their yet-unscheduled meeting.

While Mr. Trump is stateside, his vice president, secretary of state, defense secretary and chairman of the Joint Chiefs are traveling abroad.

Secretary of State Rex Tillerson participates in the G20 summit in Bonn, Germany, where he’ll be meeting with Foreign Ministers Wang of China and Alfano of Italy.