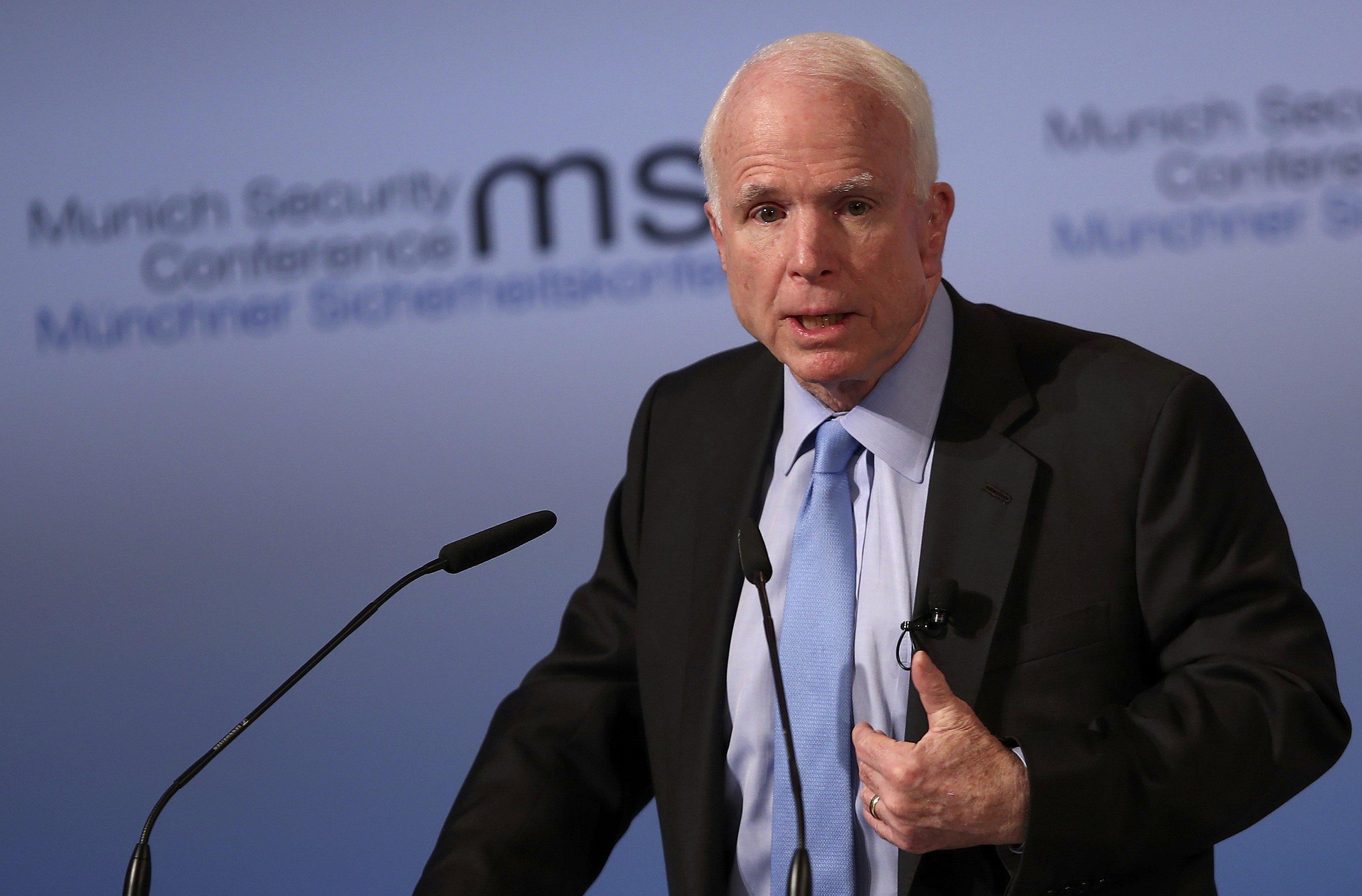 WASHINGTON -- Republican Sen. John McCain delivered a withering critique of President Donald Trump in a speech Friday that highlighted fractures within the GOP as the new administration struggles to overcome a chaotic start.

Speaking in Germany at the Munich Security Conference, McCain didn’t mention the president’s name, according to the prepared text, while he lamented a shift in the United States and Europe away from the “universal values” that forged the Western alliance seven decades ago. McCain is the chairman of the Armed Services Committee.

Trump has repeatedly questioned the value of NATO, calling the military pact obsolete, and sought instead to stoke a relationship with Russian President Vladimir Putin. However, Mr. Trump’s defense secretary, Jim Mattis, has accused Putin of wanting to break NATO.

McCain, who has openly quarreled with the president, said “more and more of our fellow citizens seem to be flirting with authoritarianism and romanticizing it as our moral equivalent.”

McCain also said the alliance’s founders would be “alarmed by the growing inability, and even unwillingness, to separate truth from lies.” While bashing the news media for being dishonest, Mr. Trump has ignored facts and sought to blame others for his miscues. Trump tweeted Friday that the news media are “the enemy of the American people.”

He went on, saying of NATO’s founders that the most alarming part for them would be a “sense that many of our peoples, including in my own country, are giving up on the West, that they see it as a bad deal that we may be better off without, and that while Western nations still have the power to maintain our world order, it’s unclear whether we have the will.”

“I refuse to accept that our values are morally equivalent to those of our adversaries,” the Arizona Republican went on. “I am a proud, unapologetic believer in the West, and I believe we must always, always stand up for it. For if we do not, who will?”

Mr. Trump has suggested before that the U.S. is not morally superior to foreign powers like Russia. Asked in an interview with Fox News about his attempts to foster a positive relationship with Russian President Vladimir Putin -- a “killer” -- the president responded with this: “There are a lot of killers. We have a lot of killers...Well, you think our country is so innocent?”

The senator said he’s aware there is “profound concern across Europe and the world that America is laying down the mantle of global leadership.” But he said that’s not the message they would hear from him or other American leaders “who cared enough to travel here to Munich this weekend.” Mattis had already addressed the conference. Vice President Mike Pence and Homeland Security Secretary John Kelly were are scheduled to give speeches.