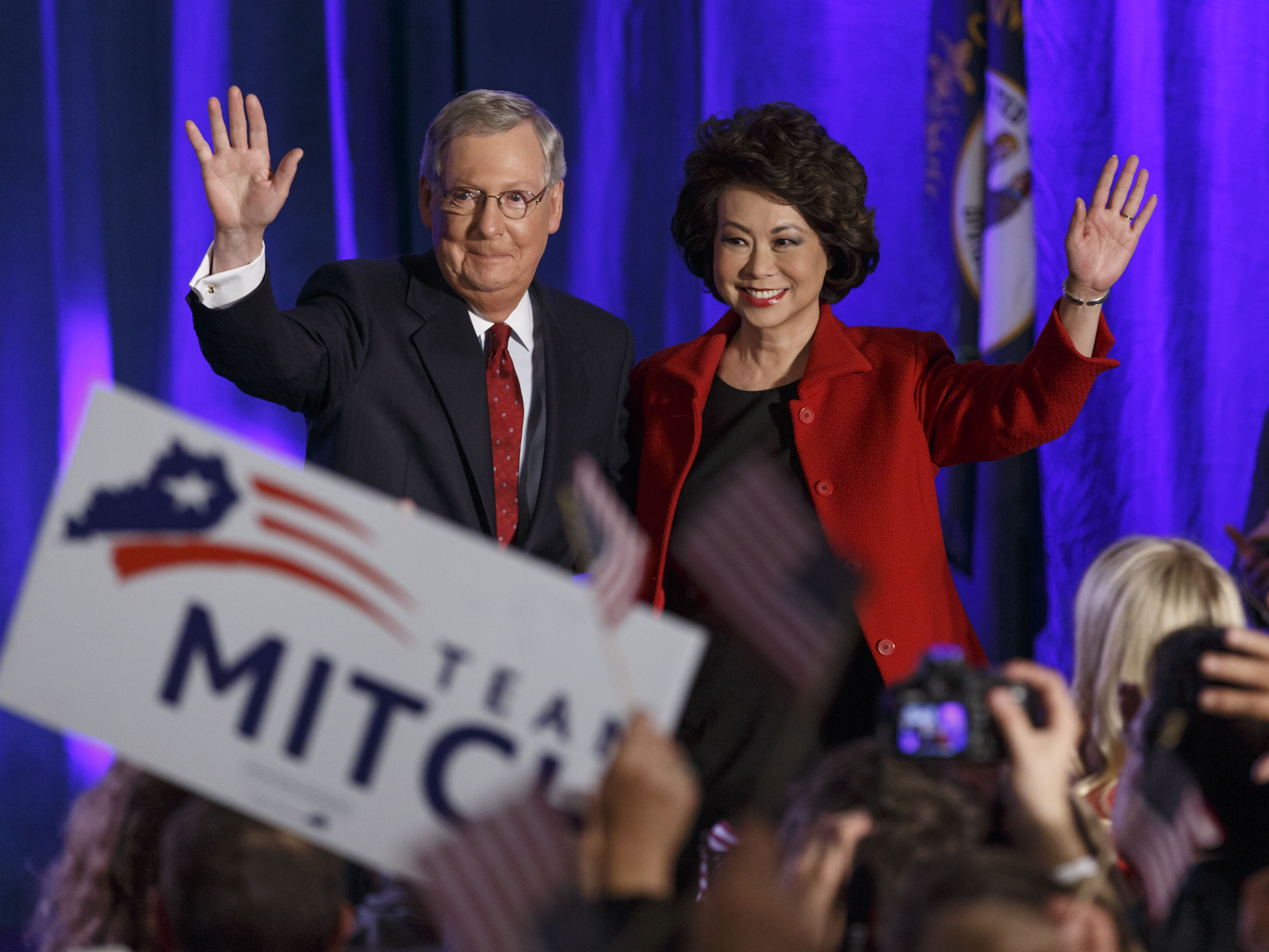 Was the 2014 election a walloping? A pasting? A drubbing? A knock into the cheap seats? President Obama now has the dreary task of characterizing his party's losses, which came as a result of voters' disapproval with his presidency. In 2010, Mr. Obama called it a shellacking. In 2006, George W. Bush called his party's defeat a thumpin'. Once the president comes up with the word, he's going to have to endure the Wednesday afternoon press conference in which he has to explain again and again why he is not the problem.

On Tuesday night, Democrats lost at least seven senate seats and a dozen or so house seats. The Republican march across the country also included victories in governor's races in key presidential battleground states like Wisconsin, Ohio, and Florida. In addition to Republican senate wins in states like Iowa, Colorado, and North Carolina, this collection of victories will help Republicans make the claim that their ideas can win outside their ruby-red areas. Even embattled Republican Gov. Sam Brownback won in Kansas. Democrats lost governor's races in blue states like Massachusetts and Maryland.

The Republican Party had one strategy it followed in nearly every Senate race: run against the president. It paid off. (Next week, the president travels to Burma. Perhaps he should have scheduled the trip eight months ago--and stayed there.) Democratic candidates couldn't get out of the president's shadow. Every Democratic attempt to localize the races failed. In Colorado, Sen. Mark Udall ran a campaign aimed at female voters, emphasizing reproductive rights. It was a tested item from the Democratic playbook, and it failed. In North Carolina, Sen. Kay Hagan ran a near-perfect campaign, hitting Republican Thom Tillis on education funding cuts that had occurred while he was the state Speaker of the House. It didn't work. In Georgia, Michelle Nunn seized on her Republican opponent David Perdue's support for outsourcing while in the private sector; it too wasn't enough. Georgia has the highest unemployment rate in the nation, but in exit polls the 80 percent of Georgia voters who said they were worried about the economy still opted for Perdue with 60 percent of the vote.

The president wasn't only a drag on Democratic candidates; his coalition failed to show up, too. Democrats spent $60 million on trying to make the midterm electorate look like the electorate in a presidential election year, an attempt to cure the party's boom-and-bust cycles. Younger voters were a particular disappointment. In 2010 they represented 12 percent of the electorate and this year they represented essentially the same at 13 percent.

In Colorado, younger voters represented 20 percent of the 2012 electorate. In 2014 they represented only 13 percent. Turnout among Democrats was at 28 percent, a record low in Colorado Senate races dating back to 1992. The voting was all by mail in the state this year, and though Democrats thought it would help them with younger voters, it appears to have done the opposite, say Democrats. Colorado really burns because Democrats based their turnout effort on Sen. Michael Bennet's successful campaign in the state four years ago.

The 2014 election was less an endorsement of Republican ideas and more a rejection of a president in the sixth year of his presidency. Republicans didn't win a mandate for a specific set of policies, but after such an intoxicating victory, it would be easy to think they had. Both parties have regularly fallen into the trap of going beyond what the voters will allow after a strong election night. Republican leaders have said they know that they'll have to prove they can govern to put themselves in a good position for the 2016 campaign. What will they tackle first? Exit polls show that the economy is still the No. 1 concern for voters. They punished the president on Tuesday, but they will now expect more from Republicans. Sixty-three percent of the voters, according to exit polls, said the economic system "favors the wealthy." That's an unaddressed issue that Republicans will now have to wrestle with.

Now Republicans will have a conversation about what to do and in what order. Republicans should "do everything humanly possible to repeal Obamacare," said Sen. Ted Cruz on election night, calling for a systematic campaign of legislation to pressure the president. What was the message of the electorate on Obamacare? It was split between those who think the law is just fine or doesn't go far enough and those who think it goes too far. Forty-eight percent thought the law was about right or didn't go far enough. Forty-seven percent thought the law went too far. In Iowa, the location of a big GOP win, only 45 percent thought the law went too far. Those numbers don't suggest a call for radical action.

President Obama has to define his loss, and then Republicans will have to define what it means to have won such a big victory.