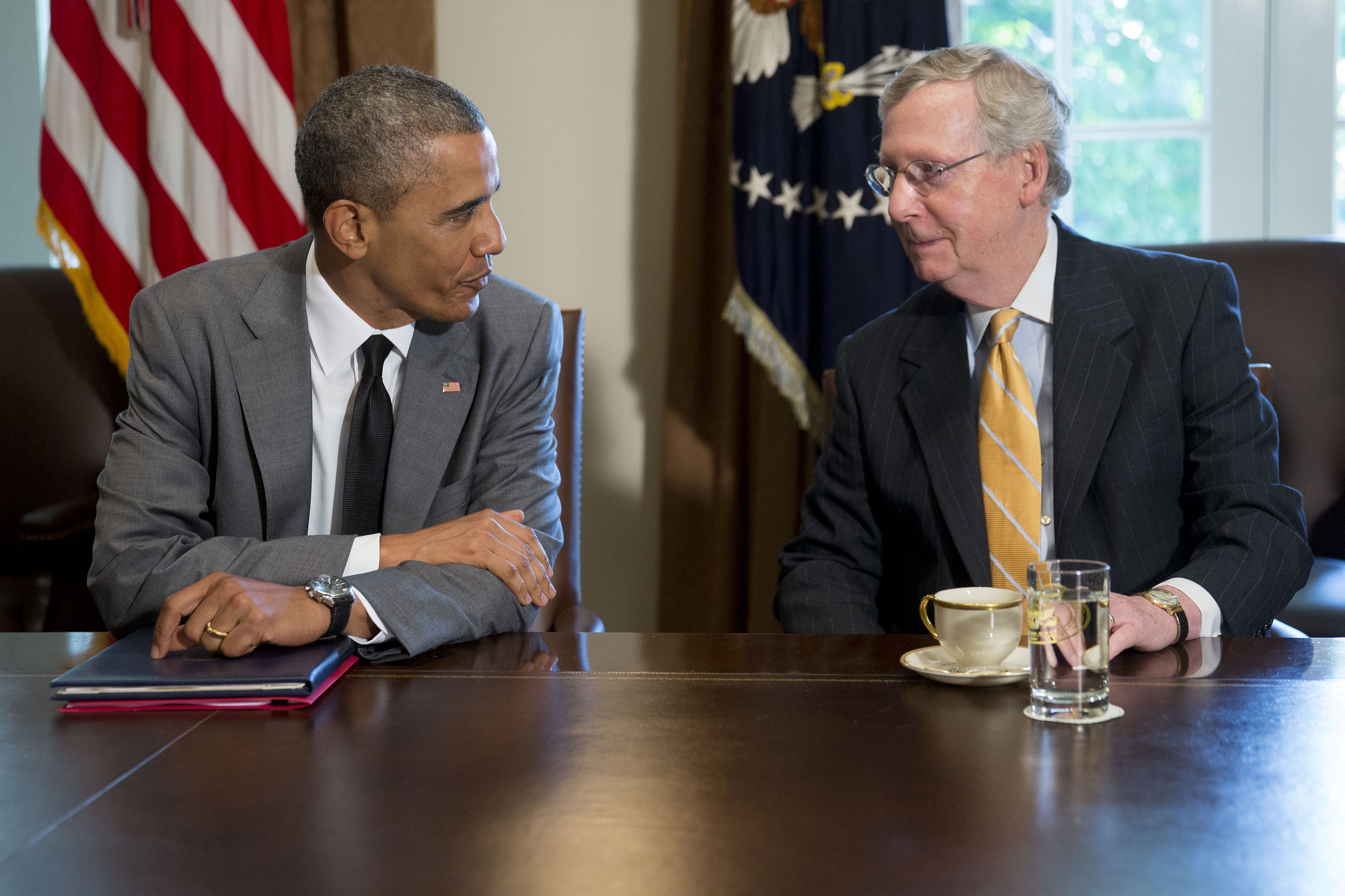 Big changes are coming in Congress, but President Obama said he's not about to change his priorities or his staff.

The president said he's optimistic that Washington can be more productive over the next two years.

White House officials acknowledge Mr. Obama and likely Senate Majority Leader Mitch McConnell don't know each other very well and have a long history of talking past, instead of to, each other.

That will have to change if a lame-duck president and a newly empowered Senate GOP majority can do anything but squabble.

Mr. Obama has a well-deserved reputation for keeping congressional Republicans at arm's length. But after another round of rough midterm elections, the president said that will have to change -- whether he likes it or not.

"I'm certainly going to be spending a lot more time with them now because that's the only way that we're going to be able to get some stuff done," Mr. Obama said in a post-election news conference Wednesday. "And I take them at their word that they want to produce. They're the majority. They need to present their agenda. I need to put forward my best ideas."

Clashes are inevitable over immigration, health care and energy policy, though Mr. Obama and McConnell both said they might be able to cut deals on expanding trade in Asia and Europe and building roads, bridges and ports at home.

"What we can't do is just keep on waiting," Mr. Obama said. "There is a cost to waiting. There's a cost to our economy. It means that resources are misallocated."

McConnell vowed to move quickly on other issues and said he plans to send legislation to the president's desk that approves the Keystone XL pipeline and eliminates a medical device tax that helps to pay for Obamacare. He also made a promise that "there will be no government shutdowns and no defaults on the national debt."

"I mean, there's no personality problem here or anything like that. I think my attitude about all of this at this point is 'trust but verify,'" McConnell said.

Mr. Obama rejects the idea that if he simply spent more time informally with Republicans, the deep partisan divisions would dissolve. That spawned a joke at the 2013 White House Correspondents' Association dinner.

But Tuesday's ballot box rout forced the president to belly-up to a new political reality.

"You know, actually, I would enjoy having some Kentucky bourbon with Mitch McConnell," Mr. Obama said. "I don't know what his preferred drink is, but you know, my interactions with Mitch McConnell, he -- you know, he has always been very straightforward with me. To his credit, he has never made a promise that he couldn't deliver."

Within his own party, McConnell will need to cope with members who want him to move further to the right, like Ted Cruz of Texas, who, along with a handful of his Senate GOP colleagues, is looking to make a splash as the clock counts down to the 2016 presidential election.

"I have no problem with people's ambitions. I serve in a body with a bunch of class presidents," McConnell said. "They're all ambitious, or they wouldn't be where they are."

The president will meet with McConnell and other congressional leaders Friday.

One positive memory the White House has of McConnell is when he cut the deal to end the threat of government default in early 2013, but that came only after months of gridlock that jeopardized the U.S. economy, and no one is looking for a sequel to that showdown.

How the GOP could shake up U.S. energy policy

Republicans have control over Congress - now what?
More