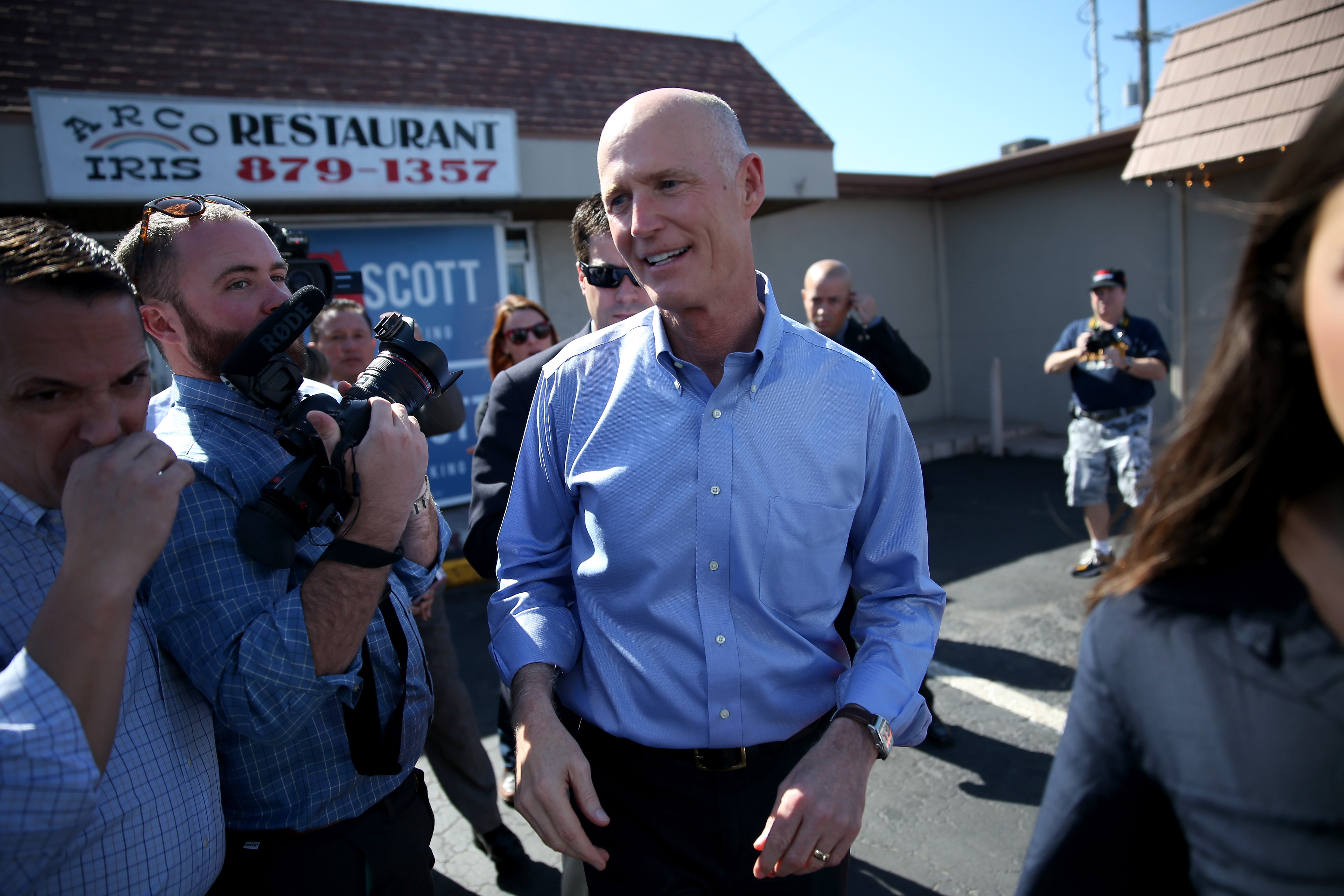 Crist, the onetime Republican governor who switched parties to run as a Democrat, had mounted a stiff challenge to Scott. Although Crist was far more popular, his approval rating has been dragged down by the slew of advertising that made the Florida governor's race one of the most negative in the country. It was also the most expensive: The Wesleyan Media Project, which tracks political advertisements, found that $77 million was spent to air over 137,00 ads.

Scott and his allies poured millions of dollars into negative advertising to label Crist a "slick politician" but a "lousy governor," and charge that he represents President Obama rather than the people of Florida.

Crist returned the fire with his own ads calling a "fraud" who's "too shady for the Sunshine State."

Scott was elected by a slim margin in 2010 when he beat Democrat Alex Sink by about 61,500 votes.

Crist announced that he would not seek a second term as Florida governor in 2009 in order to run for Senate as a Republican. Before the primary, he dropped his Republican affiliation to run as an independent. He was defeated by Florida Sen. Marco Rubio in a three-way race during the general election. He later became a Democrat in 2012.

The race drew several high-profile surrogates, including New Jersey Gov. Chris Christie on the Republican side and former Secretary of State Hillary Clinton on the Democratic side.