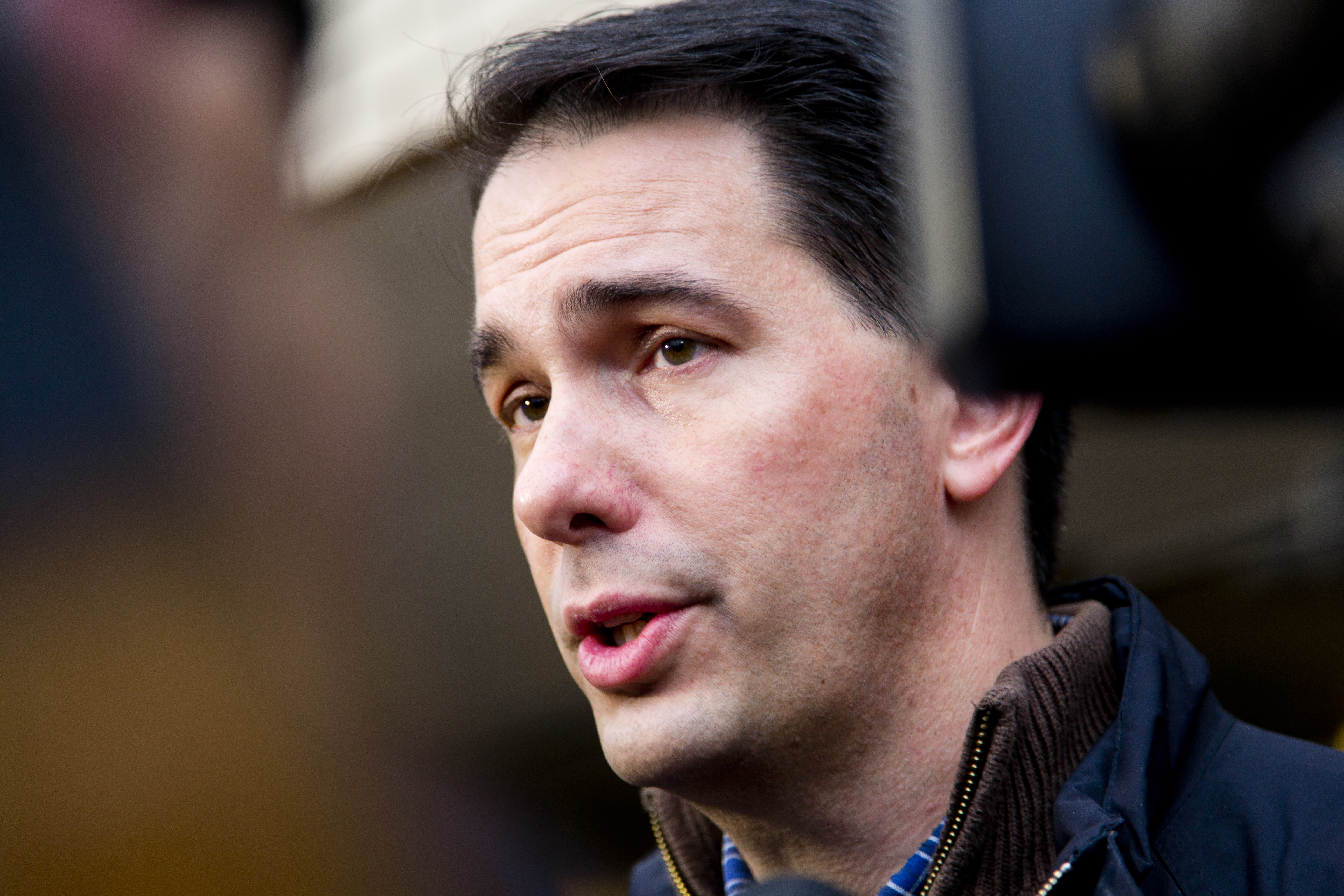 Walker was facing former Trek bicycle executive Mary Burke in one of the several closely contested governor's races Tuesday night. It was also his third election in just two years: Walker was first elected in 2010, and then faced a recall election in 2012 after he moved to strip Wisconsin public workers of their collective bargaining rights.

The Government Accountability Board, the state's election authority, wasestimating record midterm turnout with 56.5 percent of eligible voters expected to cast a ballot. That figure represents a higher turnout for a midterm election than Wisconsin has seen in 50 years, although it is lower than the 57.8 percent of people who turned out to vote in the 2012 recall election in which Walker was able to hang onto his job.

Walker was elected in 2010 by a 52-46 margin and survived the recall in 2012 by a slightly larger 53-46 margin. While Wisconsin went for Mr. Obama in the last two presidential elections, it also elected Walker, Republican Sen. Ron Johnson and a largely Republican state assembly in 2010.