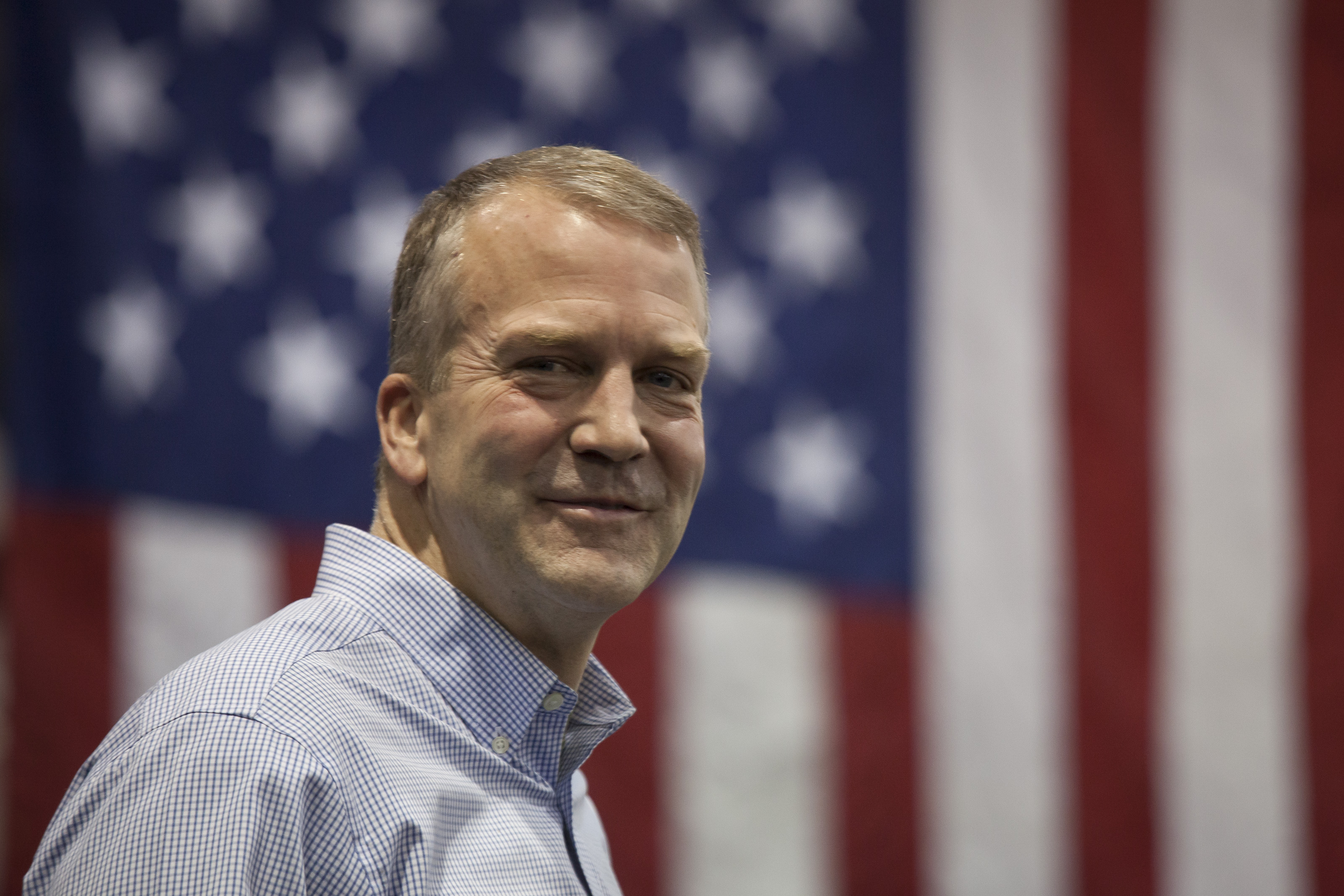 JUNEAU, Alaska -- U.S. Sen. Mark Begich couldn't pull off another election surprise as voter disapproval of President Obama helped push him and other Democrats out of office.

Republican Dan Sullivan, a Marine Corps reservist and assistant secretary of state under President George W. Bush, defeated the first-term incumbent as part of a wave in which Republicans picked up eight seats and regained control of the Senate. Another Senate race is yet to be decided in Louisiana.

The Alaska race was too close to call on Election Night last week, with Sullivan up by about 8,100 votes, but it became evident Tuesday when the state began counting about 20,000 of absentee and questioned ballots that Begich could not overcome Sullivan.

In a statement, Sullivan said he ran a campaign Alaskans could be proud of and, moving forward, "I want to emphasize that my door will always be open to all Alaskans."

"While we have challenges to address, the opportunities in Alaska and our country are limitless. Today, we are going to begin the process of turning our country around," he said.

Begich, who has returned to Washington for the lame-duck session, won office in 2008. That year, he went to bed on Election Night trailing a wounded but still powerful Sen. Ted Stevens, who days before the election had been found guilty by a jury in a federal corruption trial. About two weeks later, Stevens conceded, with Begich winning by fewer than 4,000 votes. A judge later tossed the case against Stevens, causing many Republicans to see Begich's election as a fluke.

"Sen. Begich believes every vote deserves to be counted in this election. There are tens of thousands of outstanding votes and Sen. Begich has heard from rural Alaskans that their votes deserve to be counted and their voices deserve to be heard. He will honor those requests," campaign manager Susanne Fleek-Green said in an email to The Associated Press.

In another close race, incumbent candidate Bill Walker led incumbent Republican Alaska Gov. Sean Parnell by about 4,000 votes with more to be counted starting Friday. Although he hasn't been declared the winner, Walker planned to announce a transition team Wednesday.

The Alaska Senate seat was initially considered key to the Republicans' hopes of taking control of the U.S. Senate, but that goal was accomplished early on Election Night.

Sullivan, a first-time candidate, ran a confident campaign, ignoring the debate schedule Begich released during the primary and setting his own agenda. He also attracted some star power to the state, with Texas Sen. Ted Cruz, a tea party favorite, and 2012 GOP presidential nominee Mitt Romney rallying support for Sullivan in the waning days of the hotly contested race.

Sullivan pledged to fight federal overreach, talked about the need for an energy renaissance in the U.S. and at seemingly every opportunity, sought to tie Begich to Obama and Senate Democratic Leader Harry Reid, who are unpopular in Alaska.

Begich said Sullivan offered little in the way of proposals for what he would do as senator. Begich touted his clout, including a position on the Senate Appropriations Committee, and tried to paint sharp contrasts between himself and Sullivan in areas such as women's health, education and Alaska issues.

Begich, for example, was born and raised in Alaska. He cast Sullivan, who grew up in Ohio, as an outsider, and many of the early attacks by pro-Begich groups keyed in to that theme. That perception of Sullivan made for an at-times uncomfortable debate on fisheries issues, in which questioners grilled Sullivan about his knowledge of one of Alaska's most important industries.

On several occasions, Sullivan's wife, Julie Fate Sullivan, an Alaska Native and frequent companion on the campaign trail, appeared in ads defending her husband's ties to the state and his positions on women's issues.

Sullivan has roots in Alaska dating to the 1990s but was gone for nearly seven years for military service and work in Washington, D.C., that included working as an assistant secretary of state. He returned to Alaska in 2009, when he was appointed attorney general by then-Gov. Sarah Palin.

He most recently served as Alaska's natural resources commissioner, a post he left in September 2013.

Sullivan hit the ground running, exhibiting a fundraising prowess that rivaled and during some quarters exceeded that of Begich. Many of his supporters cited his service in the Marine Corps reserves or repeated the oft-repeated GOP refrain that became hallmark of the campaign: that Begich voted with Obama "97 percent of the time," a figure that takes into account votes during 2013, many of them on confirmations, on which Obama stated a preference.

A turning point, in the view of many observers, was an ad from Begich's campaign shortly after the primary that painted Sullivan as soft on crime. It featured a man identified as a former Anchorage police officer standing outside the home where an elderly couple was beaten to death and a family member sexually abused in 2013. It ended with the man saying Sullivan should not be a senator.

The ad, which Sullivan responded to with one of his own, was pulled after a demand from an attorney for the victims' family.