Superstorm Sandy was deadly, destructive and relentless. It was unlike any other low-pressure storm to ever hit the Northeastern United States. Watch our special documentary as we look back, 10 years later.

Superstorm Sandy was deadly, destructive and relentless. It was unlike any other low-pressure storm to ever hit the Northeastern United States. From the beaches of Long Island to the suburbs and shores of New Jersey, to the heart of New York City, Sandy decimated the region.

Nearly 100 people in the Tri-State Area were killed, and half a million homes and buildings in the area were destroyed as a direct result of the storm. Sandy caused more than $70 billion of damage in the U.S., upending the lives of countless people and causing incalculable despair.

Ten years after Sandy, the hardest-hit areas are recovering and rebuilding. 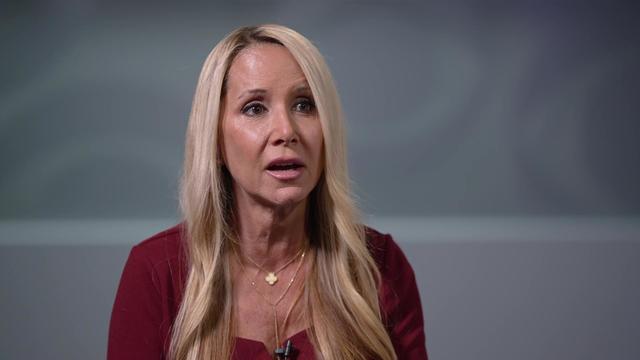 Carolyn Gusoff: Long Beach was "like nothing I'd ever seen in my life" 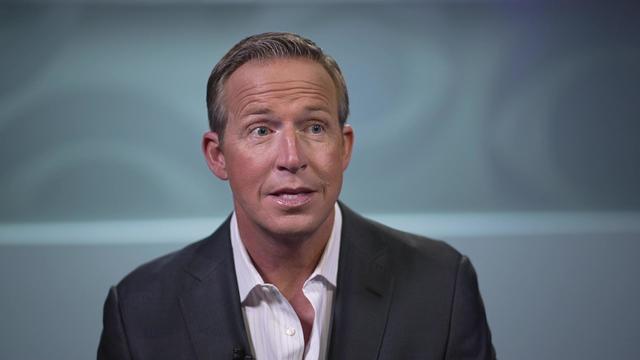 Chris Wragge on destruction at the Jersey Shore

CBS2's Chris Wragge describes the aftermath of the storm. He says it's as though someone took all the elements of the Jersey Shore - homes, restaurants, shops, boats, the boardwalk, and "put it in a blender." 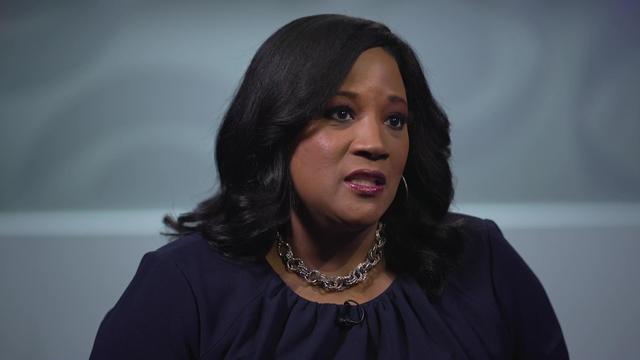 Elise Flinch on flooding at the Brooklyn-Battery Tunnel

"I have never seen anything like that in my life," Finch said, describing the flooding she saw at the tunnel as Superstorm Sandy hit. She was the only reporter there the night of the storm. 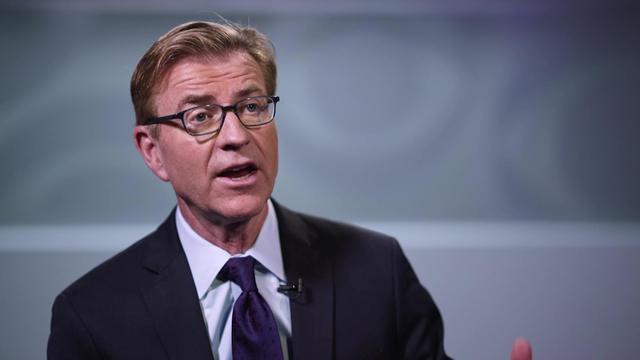 By the time that Superstorm Sandy made landfall just north of Atlantic City, N.J., on Oct. 29, the National Hurricane Center had reclassified it as a post-tropical cyclone. Wind speeds were below the category one mark of 74 mph, and it was thus no longer a hurricane. That didn't mean it would be any less devastating.

Sandy had already carved a path through the Caribbean and impacted several states along the East Coast, but its strongest impact was yet to come. The low-pressure system - which had been a hurricane - met and joined forces with a southeastward-moving cold air mass, better known as a nor'easter.

"The most amazing storm I've ever witnessed," said CBS New York's Lonnie Quinn. "In order for that storm to be the beast that it was, all of these elements had to happen perfectly."

Some called it "the perfect storm," others called it "Frankenstorm." The name that stuck was "Superstorm." 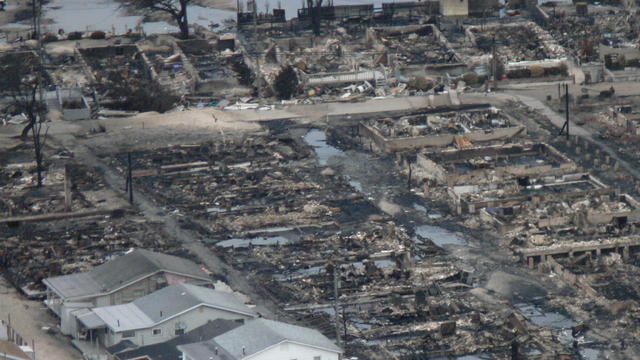 Sandy's Aftermath From Above 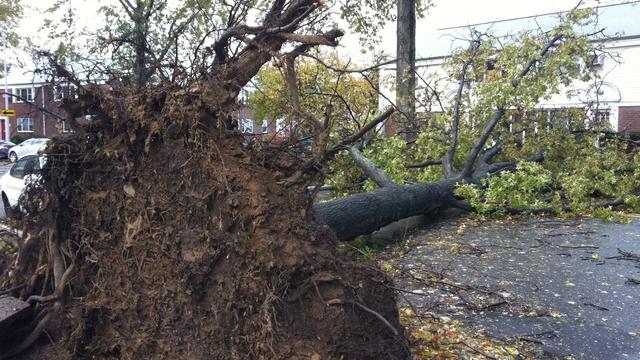 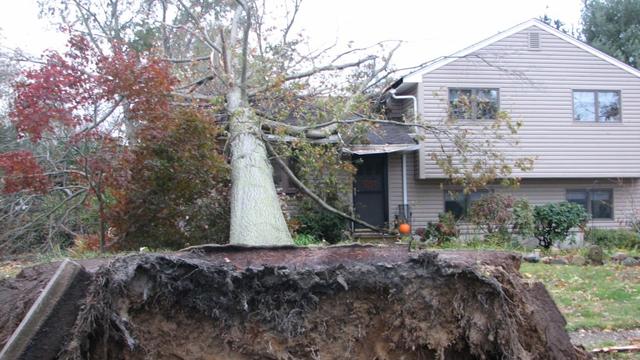 The wreckage stretched all the way up the Jersey shore, across all five boroughs, all over Long Island, and beyond. When helicopters went up the morning after the storm to survey the damage, images of an entirely new shoreline and city came into view. Much of New York City was without power, sewage had flowed into the streets, gas lines across New Jersey were leaking, and streets remained buried by water and sand.

The aftermath of Superstorm Sandy goes well beyond infrastructure. Entire communities went through a collective experience of trauma, which continues to impact them today. At the time of the storm, many in New York, New Jersey and Connecticut emerged to support one another during the rebuild.

"It was some of the worst of nature that we've ever seen in the tri-state area," said CBS New York's Elise Finch. "But I also thought that it brought out some of the best in the people."

Over time, some of that resiliency and community spirit faded, as homeowners, tenants, and business owners were forced to deal with the red tape of insurance claims, long-delayed government buybacks, and mountains of debt. 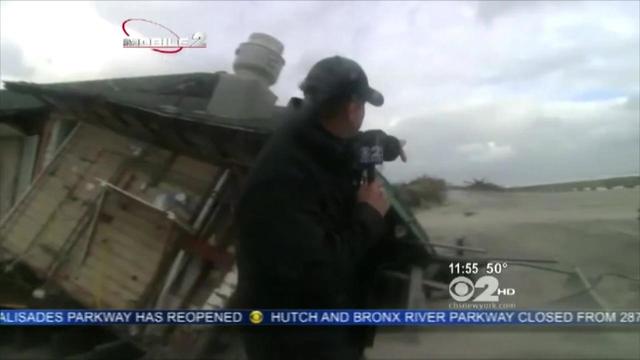 A Look Back: Chris Wragge the morning after at Spring Lake

CBS2's Chris Wragge was at Spring Lake, N.J., where the devastation from Superstorm Sandy was worse than the experts predicted. Check out his report from Oct. 30, 2012. 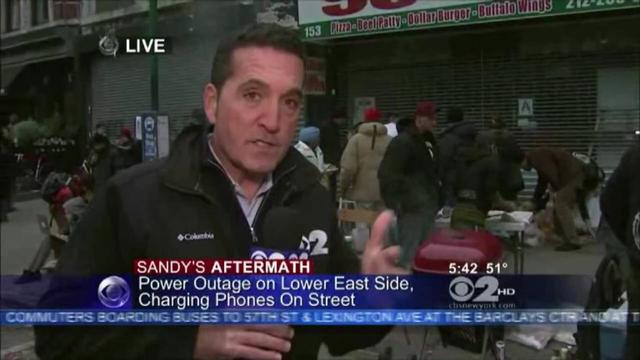 A Look Back: Tony Aiello on power outage on the Lower East Side

CBS2's Tony Aiello reports on how people came together after power got knocked out on the Lower East Side on Nov. 1, 2012. 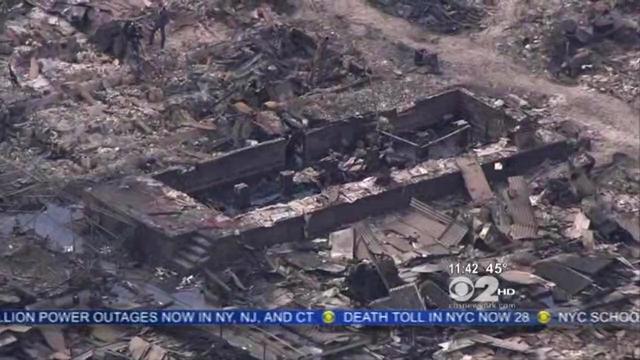 A Look Back: Maurice DuBois at Breezy Point

CBS2's Maurice DuBois reports on the devastation from Superstorm Sandy at Breezy Point on Oct. 31, 2012. 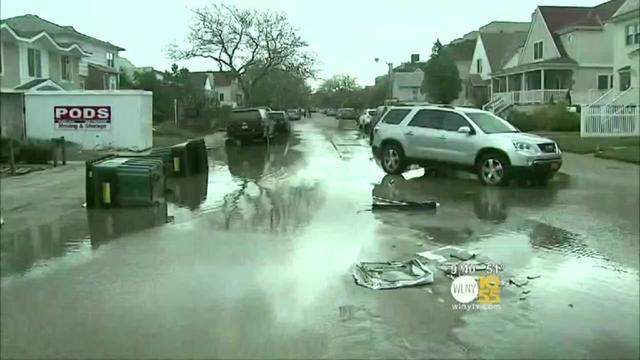 The Storms to Come

Ten years after Sandy, some of the impacted communities have been entirely rebuilt , while others remain ill-prepared and under-protected. There may not be another Sandy, in which so many factors - a full moon, the timing of high tide, an irregular jet stream, and a mix of storm types - mixed together to devastating effect.

However, more major storms will hit the region, and they'll come more often as climate change means that ocean temperatures and sea level will continue to rise.

"The sea level rise in the New York Harbor is going to be measured in feet or yards. Not in inches," said New York City Department of Environmental Protection Commissioner Rohit Aggarwala. "Our city has to fundamentally think about how it changes over the next 10, 20, 30, 100 years."

Billions have been spent rebuilding boardwalks in the Rockaways, the Jersey Shore, and along the eastern coast of Long Island. Houses have been raised more than 10 feet in some areas, with basements built to be flooded and first floors high enough to avoid damage. Local governments are trying everything from sand replenishment to rock jetties, flood paths to rainfall gardens.

In Staten Island, entire chunks of the beach have been "returned to nature," and look nothing like the neighborhoods that existed in 2012.

Some of the most complicated resiliency efforts are happening in Lower Manhattan, where parks are currently being demolished and rebuilt in the name of resiliency. In East River Park next to the FDR Drive and Wagner Park on the Lower West Side, these initiatives have caused massive controversy.

"There's not one solution that works for climate change, and I think we've seen that. There's a lot of differing conversations of what's going to work best in each neighborhood," said Community Board 1 Chairperson Tammy Meltzer, who supports the city's initiatives. "But what we do need is resiliency, and we need a plan now."

Looking Back on the Storm 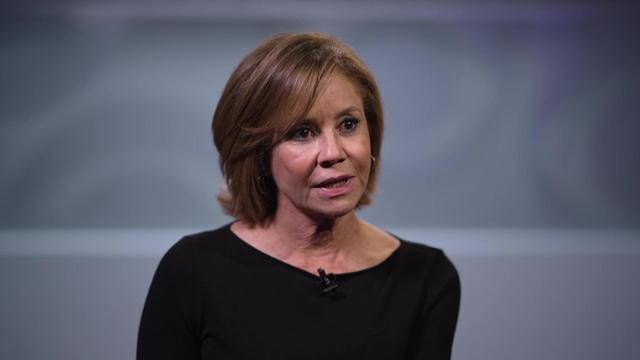 Looking Back on the Storm

Anchoring during an unprecedented crisis 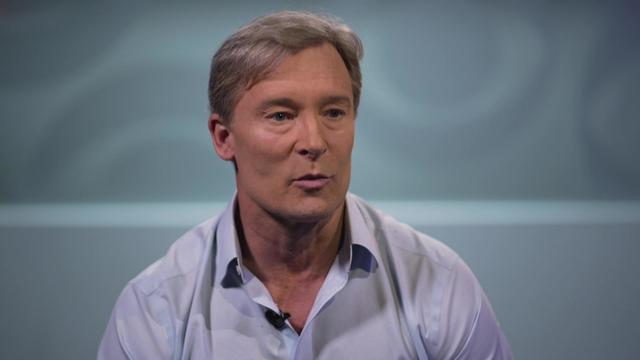 Superstorm Sandy was "the most amazing storm" Lonnie Quinn ever witnessed. Hear more from the CBS2 First Alert Weather team about a storm like no other. 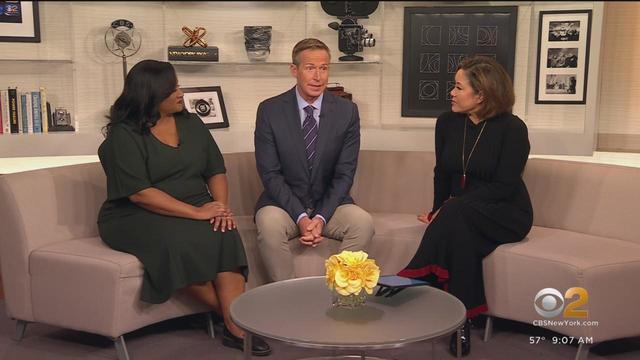 As we mark 10 years since Superstorm Sandy, CBS2's Chris Wragge and Elise Finch look back on covering the storm and its aftermath. 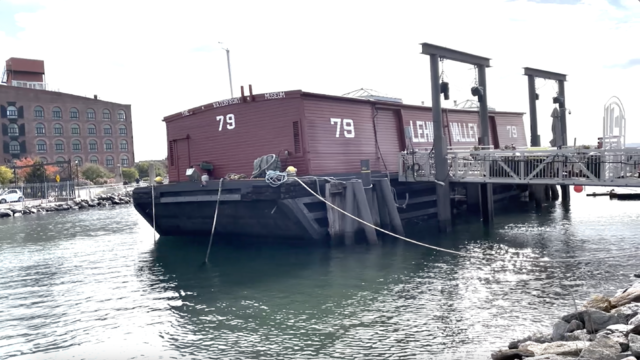 The Waterfront Museum is located on a historic floating barge that also happens to be this captain's home.

Occupy Sandy was born out of Occupy Wall Street to help with hurricane relief. 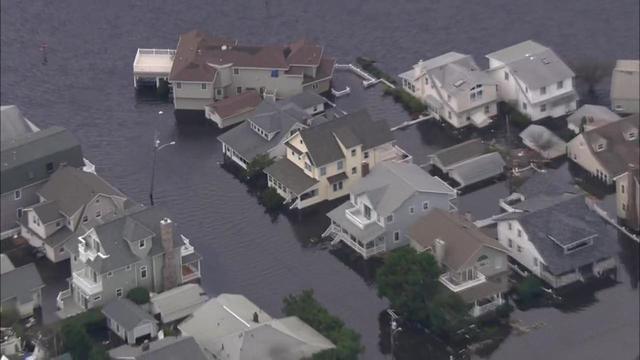 The storm killed 48 people in New York, 12 in New Jersey and five in Connecticut. 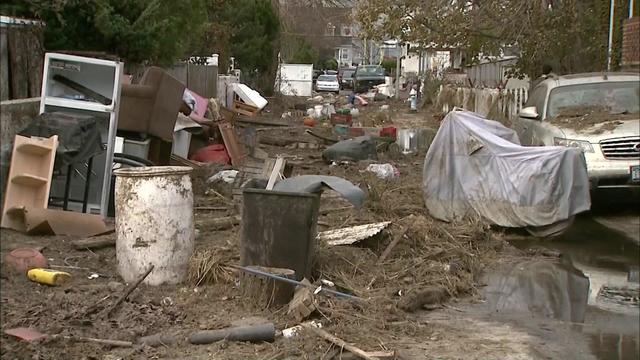 Hochul: NY has spent 91% of federal funds for Sandy recovery 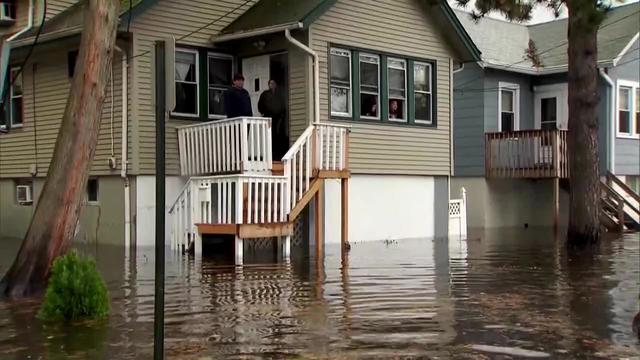 NJ officials tout investments made in 10 years since Sandy 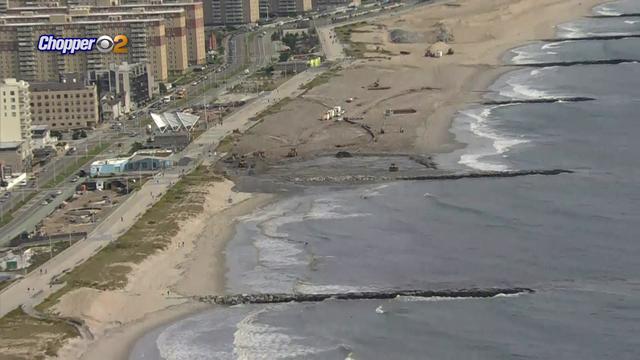 Construction has been underway for about a year, and it's expected to take a couple more years to complete. 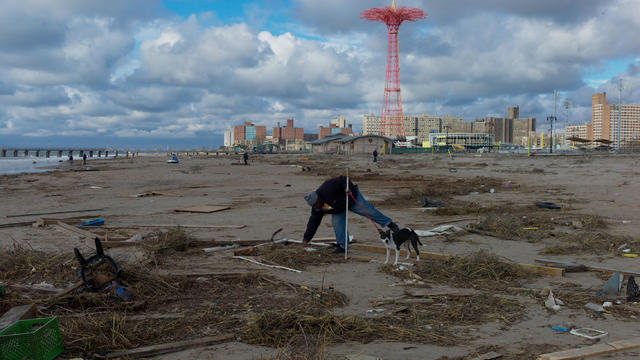 It's an experience those who lived through the damage and destruction will never forget. 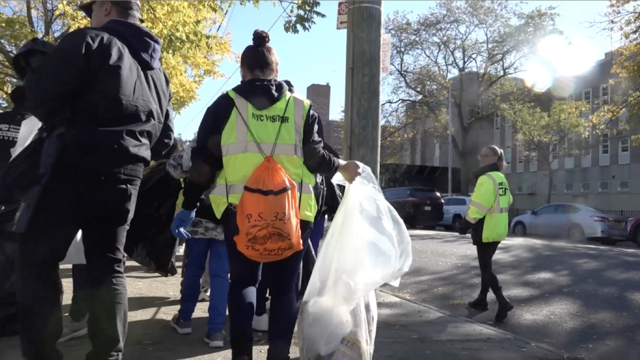 Dozens of volunteers from local schools and different agencies worked to beautify the area. 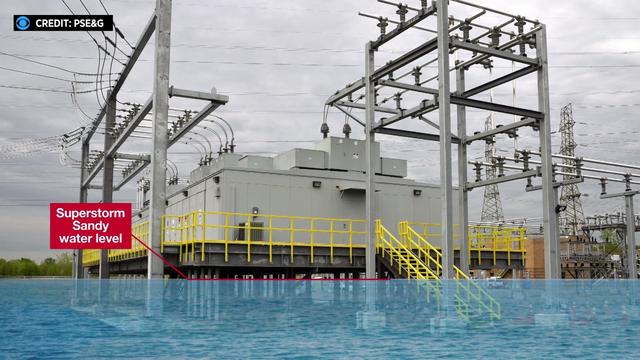 PSE&G highlights improvements made in 10 years since Sandy

After Sandy hit, 2 million PSE&G customers lost power, and it took two weeks for service to be fully restored.