Summer not only marks a change in weather, schedules and emotions, but a drastic shift in music as well. It's the time of year when new venues open up, unknown acts take the stage, and you get that sweet summer Friday at work that lets you partake in 90 minutes of fast beats, cool riffs and euphoric vocals. These are some of the most energetic, unique and best bands touring through the NYC area this summer. 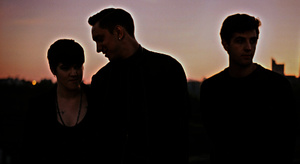 The xx broke onto the scene back in 2009 and amassed a loyal following after playing stellar shows at venues like Piano's. Earning impeccable reviews from publications like The New Yorker, the band's signature mix of swooning rhythms and haunting vocals has slowly won over larger audiences. Their live shows have become somewhat legendary, making an xx ticket hard to come by. They're only going to get more popular, and probably more expensive, so try to check them out now while prices are still practical and affordable.

Described as a "touring unit of the much larger" 13 piece funk band, the MK Groove Trio has developed a healthy buzz within NYC's jazz circuit. Experimenting with original compositions and pushing covers to their improvisational limits, the group delivers a consistently exciting and provocative set. It's a deviation from the standard concert, featuring three musicians who are true experts at delivering sweet ear-candy for 90 minute stretches. Keep an eye out for the MK Groove Orchestra, the aforementioned big band that puts on an unparalleled live show in various venues throughout Brooklyn and Manhattan.

While electric music may not be your thing, it's a genre that's exploding out of the underground and into mainstream circles, making it worth your while to at least give it a listen. Featuring some of the biggest names in electronica today, like DJ Skrillex, Electric Zoo has become one of New York City's biggest parties. And hey, it's the only true NYC festival that, a) actually takes place in NYC; b) hasn't been rained out and declared a financial disaster (remember the 2009 All Points West Festival?); and c) garners a large audience (85,000 strong and counting). So if you're feeling adventurous, or perhaps just a wee bit experimental, plan an alternative Labor Day weekend adventure with glowsticks, intense hipsters, and people who feel more comfortable wearing sunglasses in complete darkness.

Flash back to the late 90s when "Brick" was one of the biggest hits on the radio and Ben Folds Five was the band on every undergraduates' pre-iPod playlist. Equal feelings of devastation and excitement struck when an unexpected and unceremonious break-up catalyzed Ben Folds's successful and long-lived solo career, which has included hit singles, world tours, and platinum-sized sales. Perhaps the incomparable Folds was simply feeling nostalgic when he decided to get the gang back together, because he certainly wasn't in need of popularity points. Whatever the reason, Ben Folds Five has reunited and are in the middle of a world tour in support of their latest soon-to-be-released studio album. While tickets are a little pricy at 50 bucks a pop, remember, you're going to see one of the greatest alternative bands of all time rocking at one of NYC's most recognizable venues––50 bucks well spent.

Bursting onto the scene a few years back with sonically precise vocals with a pop-minded rhythm section, Florence & the Machine find a rare balance between complex compositions and movement-inducing beats. Not long ago this group graced the stages of small NYC venues like Webster Hall and the Bowery Ballroom, now they're headliners at what is arguably NYC's best summer concert location. With a backdrop of sun, sand and surf there's no better way to usher in some tunes from one of the best modern-rock bands touring today.

Matt Thomas is a freelance writer who has published articles and stories in The Village Voice, Examiner.com, The Worcester Review, The Journal of American Culture, and many others. His work can be found at Examiner.com.
Thanks for reading CBS NEWS.
Create your free account or log in
for more features.