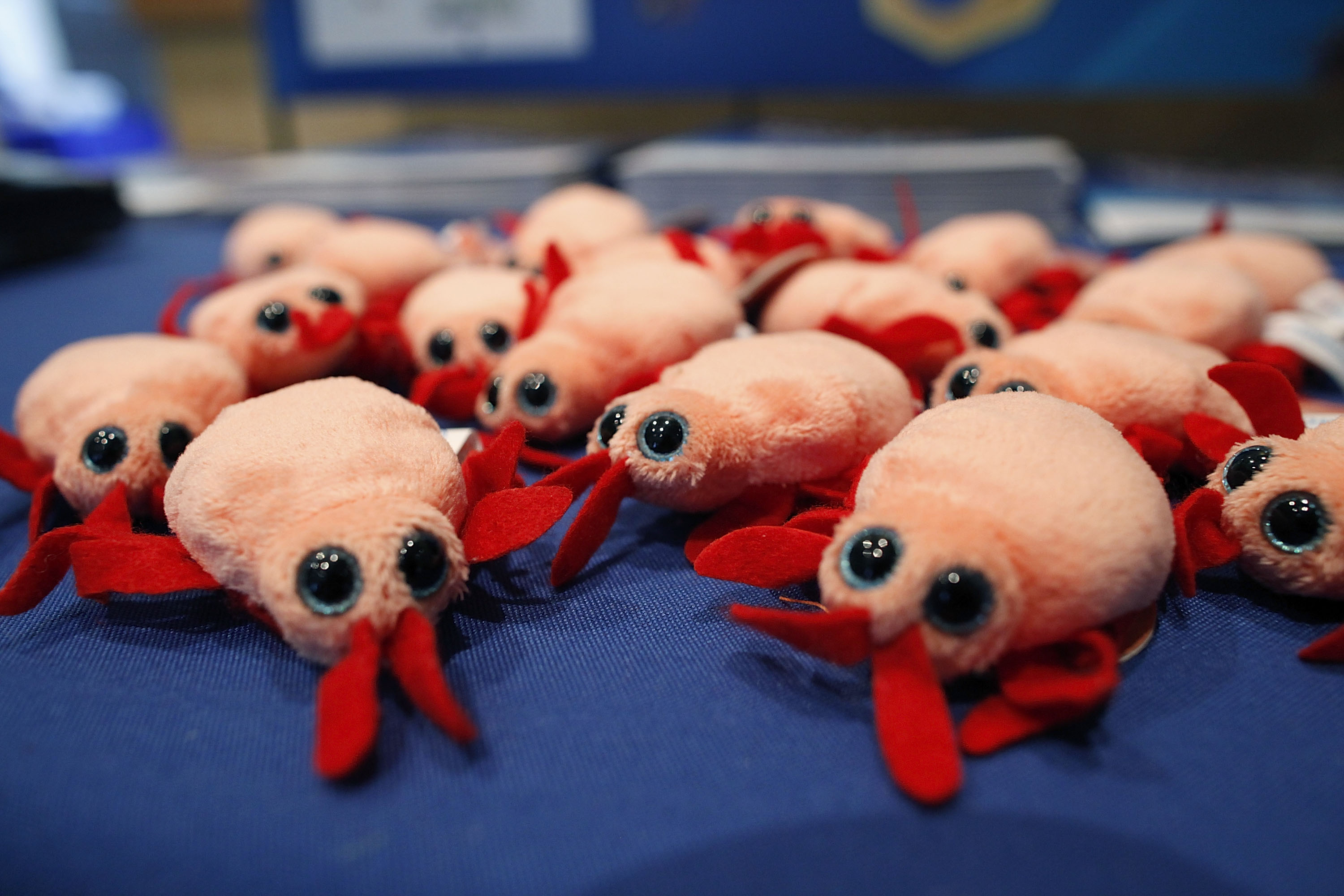 As residents of New York City, fear is an emotion with which we should all be extremely comfortable. Yes, we are tougher than most, and we like to smirk at the tourists who clutch their money belts tightly as they hustle past the neighborhood schizophrenic. But that's only because we're so in touch with the feeling of being afraid. We've learned to embrace it along with our indiscriminate rage.

Now a new threat has come to town, and it has us running like Tokyoites from Godzilla. The bedbugs are here—they're everywhere—and we are downright terrified. Last August, pest-control company Terminix released a report that put New York  at the top of the list for America's most bedbug infested cities. In my opinion, they will never be totally gone until we re-legalize DDT or some other dread weaponized chemical substance, but in the meantime there's plenty that we can do to avoid them, thus curbing their propagation, and if worse comes to worst, eliminate them from our homes. Here are a few pointers to help you deal with the monster movie that has become our daily reality. by Nina Pajak. (Photo By Getty Images)

Now, there are varying degrees of commitment to this concept. My scale goes to eleven, but will allow that any lesser effort is still worth making. Unfortunately, you can't believe any claims an exterminator makes about preventative treatments. The real way to avert infestation is to know their haunts and use your head.

Hotels are probably the biggest risk. Your first step should be to search bedbugregistry.com and bedbugreport.com. They're terrific websites which list sightings at residential and commercial addresses all over the country and parts of Canada. To be truly thorough, you should also read TripAdvisor and Hotels.com reviews, and it helps to Google "the name of the hotel + bedbugs" to get the very best results.

Once you arrive, it's still safe practice to check it out before checking in. Make sure to park your suitcase in the bathroom while you do your inspection. Bedbugs are hitchhikers and they could easily stow away if you lay your bags on the carpet. Next, peel back the covers and sheets one at a time, looking carefully for any evidence—streaks of blood, shed, flattened skins, feces (ewww), and of course, actual bugs. Get all the way down to the mattress, whereupon you should inspect all seams and crevices, which is where they like to hide. You might want to pick up the mattress and check the underside and the box springs, and check inside and underneath any wood furniture, as they are known to burrow. Of course, urban hotels are more at risk than others, so chances are a thorough bed check is sufficient at that B&B in rural Maine. In our fair city, it's a safe bet that the more highly trafficked hotels are the scariest, like big chains in Midtown and discount hotels that cater to lower-budget travelers. This isn't a classist problem, and it can and does affect people from the Motor Inn to the Waldorf Astoria. But the simple logic is that a hotel with better attention to detail, more resources at its disposal, and lower turnover is more likely to be successful at prevention, awareness, and proactive resolution of any problems that may arise.

Shopping has certainly become scarier. We can't know all the stores that have been affected, but of the ones we do I interpret a trend: Abercrombie South Street Seaport, Hollister in SoHo, the Nike Store on 57th street = steer clear of popular stores in touristy areas. So that means lunchtime jaunts to Macy's and Bloomingdales will be at your own risk. Also, if you still insist on shopping at thrift stores, you'll get no sympathy from me. If you must shop but are still uncomfortable, just be sure to look closely at items before you try them on—it's important to remember that these bugs are not invisible. Plus, you can always pop your new clothes in the dryer on hot for 25-30 minutes before unpacking them at home. This is a pretty surefire way to kill any bugs and/or eggs your things may be harboring.

Theaters, cinema and otherwise, make total sense as a bedbug hangout. They're dark and people are immobile for long periods at a time. To be perfectly honest, I have ceased going to the movies. I realize that not everyone can or must be at the same level of high alert, but I'd stick to smaller theaters, or ones in less populous areas. It's small surprise that the two movie theaters found to be affected were on 42nd and 125th streets. Anyone for Netflix streaming?

Public transportation has also become dodgy (-er than usual). Do not, whatever you do, sit on those wooden benches in subway stations! You've got to be crazy. I feel safer avoiding carpeted bus seats, and subway seats can have nearly invisible eggs stuck to them. If you're like me, do yourself a mental health favor and just stand. However, a wise exterminator once explained that if you did sit on an egg and bring it home, the most likely scenario is that a bug would hatch, live and then die alone in your apartment. Our city is infested, but one bedbug does not = viral epidemic.

Used furniture—you must be joking.

Your office is mostly beyond control. If some jerk brings them in without realizing it, well, you're likely screwed. If you or anyone you know may have been exposed, tell your office manager immediately so he or she can nip the bugs in the bud before they go wandering all over the building.

Also…
Everyone should own bedbug covers for their mattress and pillows. This will keep you from potentially having to throw out your mattress should they make their way in. Plus, it will prevent them from living too comfortably in your bed, which is an assurance. If they're already in the mattress when you seal them into a cover, they'll die eventually. These covers can be found at Bed, Bath & Beyond, some drugstores, anywhere bedding is sold, and online.

How to get rid of them

Okay. Say you weren't careful—or even that you're just unlucky—and now the worst has happened. You've brought them into your home. Do you panic? Yes, definitely. Will you die? No, not unless you overdose on the white wine and Valium which will now be requisite for any amount of sleep.

Here are things you shouldn't do: pick up and move or leave to stay in a hotel. Neither will solve your problem and will, in fact, spread it further. Also, if you know that they're in your bed, as much as you will be tempted, do not seek refuge on your sofa at night. This will only ruin your sofa.

Here's what you should do: Start by vacuuming like you've never before and placing all clothing and linens in airtight, plastic bags. Next: heat kills. You must systematically boil and bake the crap out of everything you own. The magic number is 117 degrees Fahrenheit, for at least 25-30 minutes. Everything that can be washed and dried, do so on the highest heat possible. Dry clean only items should be heated dry and then brought to the cleaners. You'll want to specifically tell them why you're there, as they may have special methods for protecting their other items. For everything else (books, pillows, shoes, handbags, hats, etc.) you should rent or buy a PackTite portable heater. It's basically a giant duffel bag with a space heater inside, and it's beautiful. Do not attempt to bake any cosmetics or bath products unless you want to see what they'd look like liquefied—if it's plastic and melty, odds are there aren't any bugs in it. Once things have been heated, seal them into new bags to avoid recontamination. You can wear those clothes and feel safe in the fact that bedbugs don't travel on your skin or in your hair, just in and on your clothes and bags.

Of course, you should also get an exterminator in to inspect, advise, monitor, spray, and bring in one of those fabled beagles. Keep in mind that a dog's alert must be followed with a visual check from a handler for absolute confirmation. The tri-state area has extermination companies in abundance, but they are beeesy, so get yourself in someone's appointment book the second you see the sign of a problem. Expect a full inspection with the dog to run you about $300. This is not a cheap affliction, but the resolution is priceless.

The City of New York has more good tips on its site, here and here. You can also call 311 for help.

You may be loathe to do this, but you should be quick to tell your super or landlord that you've been infested. It will only make things worse if the bugs move into your neighbors' apartments without their knowing. This may or may not be how the plague was spread. Likely.

Keep in mind that at some point during this process you will probably lose your mind. Restaurants, stores, bars, passersby—they will all look like they are crawling in bugs. Sleep deprived and covered in hideous red welts which can take over a month to disappear, you will feel like a leper. That's because you are. Bedbug victims are the new millennial leper. Just know that you can get past this, it will get better, and there is no shame in asking your shrink to refer you to a prescribing doctor.

Nina Pajak is a writer and publishing professional living with her husband on the Upper West Side. (theschwajaks.wordpress.com).
Thanks for reading CBS NEWS.
Create your free account or log in
for more features.
View CBS News In
CBS News App Open
Chrome Safari Continue
Be the first to know
Get browser notifications for breaking news, live events, and exclusive reporting.