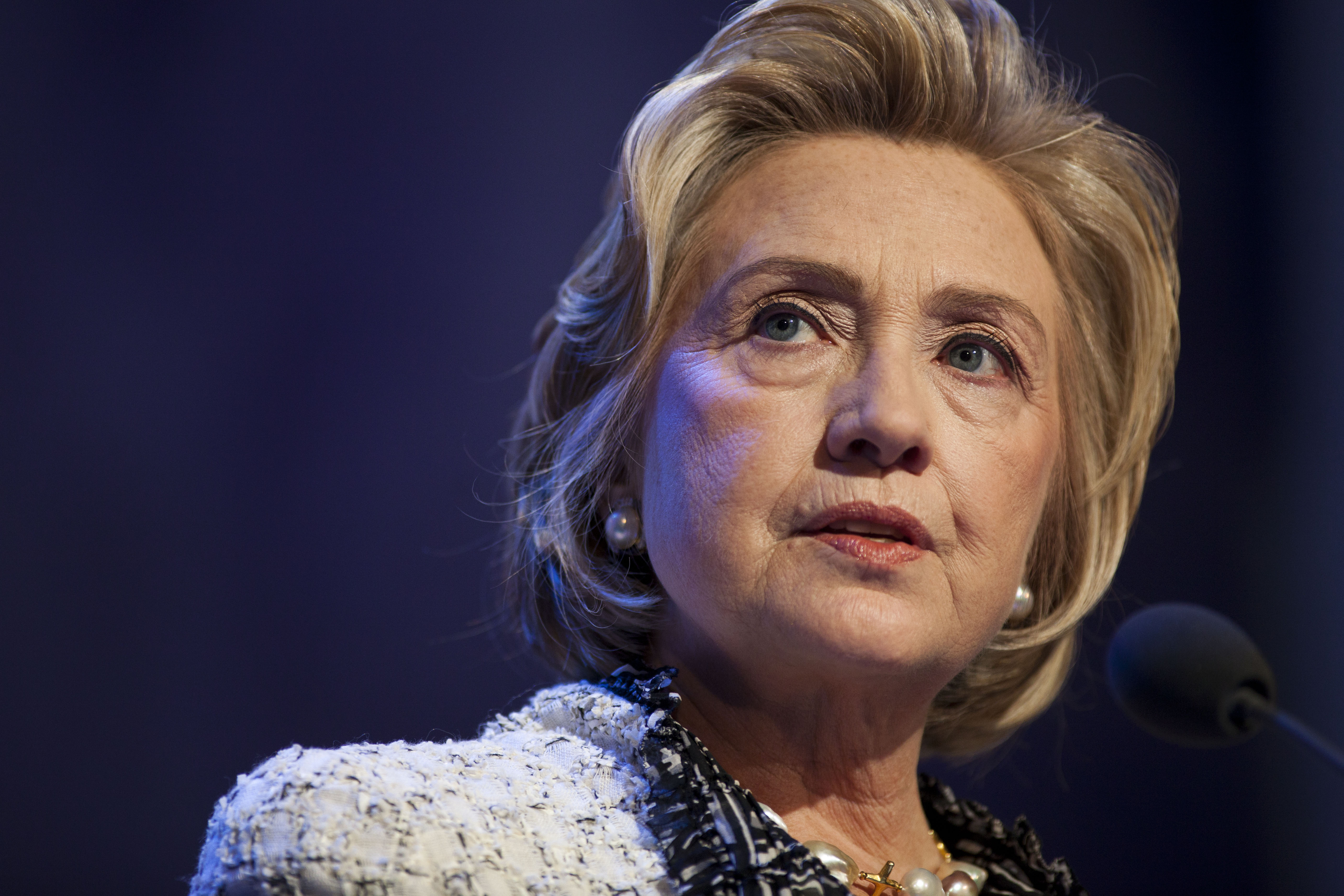 Kentucky Sen. Rand Paul suggested Sunday that former Secretary of State Hillary Clinton won't be able to make a credible argument that she promotes women's rights because the foundation run by her family has accepted donations from foreign countries where women are treated poorly.

"She's taken money from countries that abuse the rights of women. In Saudi Arabia, a woman was raped by seven men. The woman was then publically whipped. And then she was arrested for being in a car with an unmarried man. I think we should be boycotting that activity, not encouraging it. And it looks really bad for the case of defending women's rights, if you're accepting money," Paul said in an interview on CBS' "Face the Nation" Sunday.

He also cited a donation from Brunei, "where they stone women to death for adultery."

"It's going to be hard for her to say she's for women's rights, when she's accepting money from sort of stone-age sort of regimes that really abuse the rights of women," he said.

Clinton is expected to announce Sunday that she is running for president. Paul jumped into the race last week, becoming the second official candidate on the GOP side.

The Clinton Foundation accepts donations from foreign governments, although it imposed restrictions on raising new money from those sources in 2009 to avoid any conflicts of interest while Clinton was secretary of state. They restarted the practice in 2013 and have argued amid criticism that the foundation is a philanthropy and has strong transparency practices.

That's what Sen. Amy Klobuchar, D-Minnesota, argued when she defended Clinton in a separate interview on "Face the Nation."

"I think that those contributions to the foundation are open for everyone to look at," she said. "I think she's answered this. She talked about that this was the foundation. I think you've seen other foundations take similar contributions. But the point of it is that I don't think anyone can quite match her record for promoting women's rights all across the world. And if they want to go on that claim and have that argument, I'll say she wins."

Host Bob Schieffer asked Republican National Committee Chairman Reince Priebus to explain why the foundation accepting donations from foreign government is any different from candidates and the groups that support them taking money from sources that won't always be disclosed to the public.

"The differences is all those other entities, super PACs, parties, individual candidates, they can't take money from kings of Saudi Arabia and Morocco and Oman and Yemen. And that's what Hilary Clinton did. And so she's going to have to account for this money," Priebus said.

"The point is, if we stick to the facts, and that's where we want to be, then we're going to be able to make the case to the American people that she has a product that isn't worth buying," Priebus added.

He also said the question of accepting money from foreign governments makes it all the more important that the emails she kept on a private server be available to the public.

"She's going to be under even more scrutiny about where she got the money from, if she used her position as Secretary of State," he said.

Secretary of State John Kerry said the State Department is currently reviewing the emails that Clinton has handed over to the department, and will take "a couple" more months to go through them.

"We will release all the emails that are appropriate based on classification. We're obviously looking through them to determine that no classified information is inadvertently released. But those emails will be released at the appropriate moment," Kerry said.

He added that he has asked the State Department's Inspector General to examine the entire department's email management system to ensure the procedures in place are appropriate.

"And as for myself, I deal with a state dot gov address and all of my emails are being secured by the State Department," Kerry added.