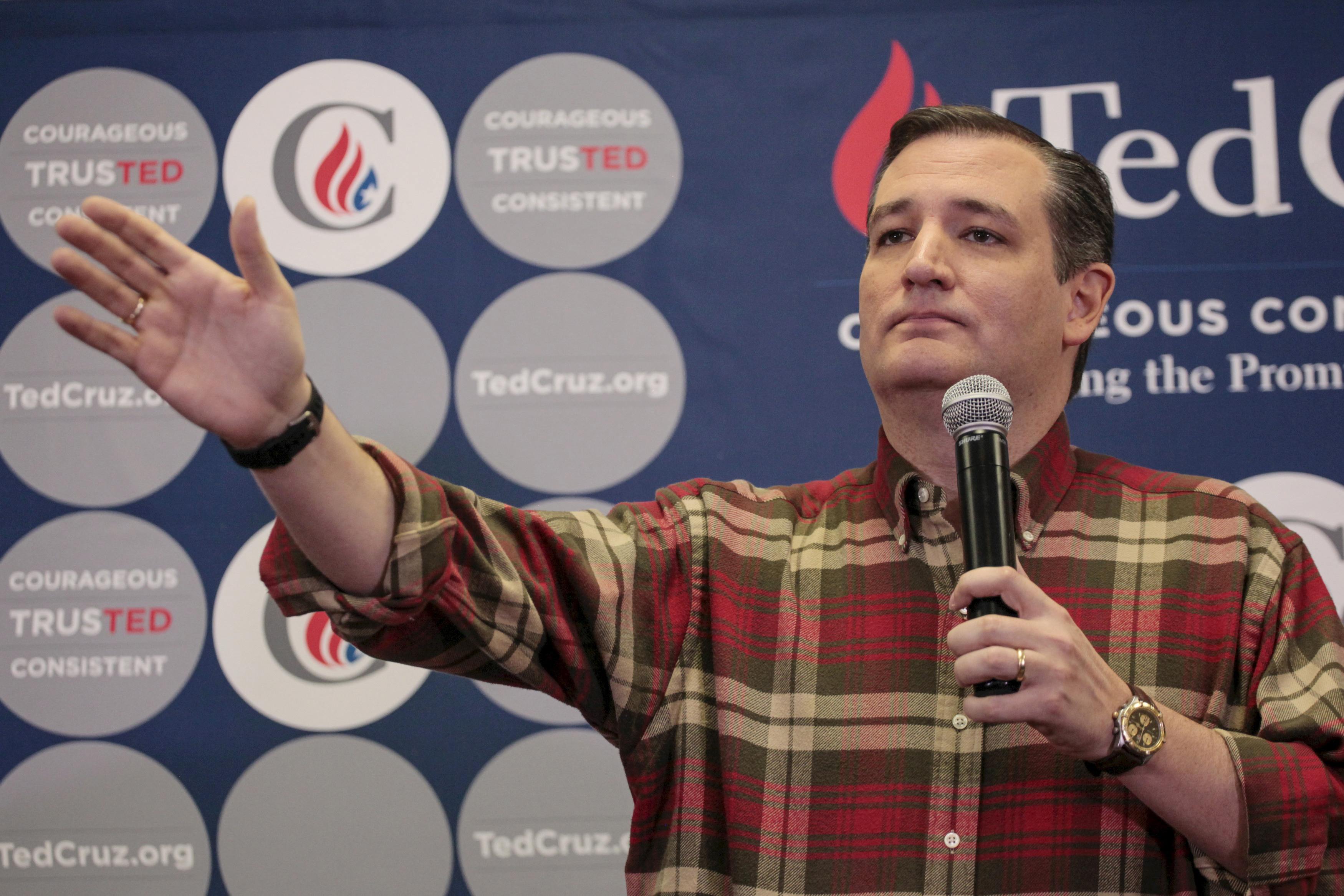 Texas Sen. Ted Cruz has surpassed businessman Donald Trump in three recent Iowa polls of likely Republican Iowa caucus-goers. Trump has taken notice, and has begun to cast doubt on Cruz's fitness for the presidency, calling Cruz a "bit of a maniac" on Fox News Sunday, for instance. The two have come a long way since campaigning together against the nuclear deal a few months ago, but that was back before Cruz was polling so well in Iowa.

Trump doesn't like anyone who challenges his lead in the polls - he compared neurosurgeon Ben Carson to a child molester with a pathological disease when Carson's popularity began rising among Iowans. But while Carson may be seeing his moment pass, Cruz is peaking as voters begin to settle on their favorite candidates, and his mastery of the issues reassures many evangelical voters who would otherwise like Carson.

Here's why Cruz may pose a threat:

Devout Christians are among the most reliable voters in the Iowa caucuses -- and they turn out in high percentages, too. In 2012, 57 percent of those who caucused described themselves as born-again or evangelical Christians. And recent polls show that when those voters abandoned Carson, their previous champion, they turned to Cruz.

A recent Monmouth poll shows that 30 percent of evangelical voters would back Cruz, versus just 18 percent who say they would vote for Trump. Cruz also gets 36 percent support among tea party voters, compared to 20 percent for Trump.

South Carolina is third in line in the 2016 GOP nomination race, where evangelical voters make up nearly 60 percent of the state's GOP presidential primary electorate. Trump attracted 22 percent support among those voters in a recent Winthrop University poll, compared to Cruz, who picked up 17 percent. If Carson continues to slide, it's a good bet that Cruz could inherit his voters, too.

After all, Cruz has long targeted evangelical voters. He announced his candidacy at Liberty University where he exhorted Christians across the country to come to the polls and vote "our values."

If Cruz does well in Iowa, that could give him a big boost going into Super Tuesday. Not only will his home state of Texas vote on March 1, but a handful of other southern states including Alabama, Arkansas and Georgia hold their primaries as well. Not long after are Louisiana and Mississippi.

"We've got so many southern states early in the process, one could foresee Ted Cruz, if he survives, doing pretty well there," Josh Putnam, University of Georgia political scientist told CBS News. Still, he admitted that Cruz could be "running out of steam" after that.

Trump appears to have taken notice of Cruz's relative popularity among evangelicals. A rally in Des Moines last week included a line that could intend to undermine Cruz's evangelical credibility.

"I do like Ted Cruz, but not a lot of evangelicals come out of Cuba, in all fairness. It's true. Not a lot come out. But I like him nevertheless," Trump said. (Cruz was born in Canada, but his father is Cuban.)

He's got a strong ground game in Iowa

Winning the Iowa caucuses is certainly no guarantee he'll win the nomination. Rick Santorum and Mike Huckabee were the two most recent GOP winners. Still, it's a start, especially in a field of this size.

As Cruz claimed the top spot in Iowa in the Des Moines Register/Bloomberg poll, people familiar with the state's politics said it was no surprise.

"Cruz has a better ground game than probably any other candidate," University of Iowa political science professor Timothy Hagle told CBS News. Where Donald Trump usually holds big rallies, Cruz tends to do his campaigning in small towns, which is the more traditional Iowa way.

"The Cruz campaign has been doing everything right up until now," longtime Iowa political operative Eric Woolson told CBS News. "I'm surprised they came up this high but I'm not surprised they're in the lead and its because they've worked the Christian conservatives, the social conservatives very well, they've talked to the right people, they're doing all the right things."

Cruz is a formidable fundraiser - he pulled in more than $12 million in the third quarter, bringing his 2015 total to $26 million at the end of September. That was before he began peaking in polls, likely catching the attention of donors.

He's spending at a healthy clip ($12.7 million out the door by the end of the third quarter) - but getting far better bang for his buck in the polls than a candidate like former Florida Gov. Jeb Bush.

Cruz went into October with $13.7 million cash on hand, the highest of any Republican.

Cruz isn't exactly known as the nice politician in Washington - he's been publicly rebuked by several of his fellow senators and accused of using the Senate to advance his personal ambitions - but he's turned the other cheek when it comes to Trump.

The strongest language Cruz has used : "I don't think it's good advice for us to get in the business of blasting each other," he told about 110 people at a community college in Coralville, Iowa last month. "I don't believe Donald Trump is going to be our nominee. I don't believe he'll be our president."

Even his response to the "maniac" comment seemed good-natured: He tweeted a link to a video of the song "Maniac" from the movie "Flashdance" with a nod to Trump.

He's about as much of a conservative purist as a candidate gets, which is what the most devoted GOP voters usually demand of their candidates.

He has pledged to repeal "every word" of Common Core (even though that's not possible since it isn't a federal law) and calls school choice the "civil rights issue of the next generation."

On immigration, in spite of the fact that he's the son of a Cuban exile who fled from Fidel Castro's regime - Cruz voted against the 2013 Senate bill that would have given a pathway to citizenship to immigrants in the U.S. illegally and has been one of the most outspoken opponents of President Obama's executive actions that shielded millions of undocumented immigrants from deportation.

He supports a flat tax, a repeal of the Affordable Care Act and seeks to expand U.S. energy production and sales. He has argued that the Senate should require a higher threshold of 60 votes to increase the debt limit, and he has argued the GOP should extract spending cuts every time the limit needs to be raised. He reportedly opposes abortion in all cases, except when the mother's life is in jeopardy and has criticized the Supreme Court for legalizing same-sex marriage.

On the foreign policy front, he's one of the more hawkish members of the Republican field, vowing to "carpet bomb" the Islamic State of Iraq and Syria (ISIS) and "rip to shreds" the nuclear deal with Iran.