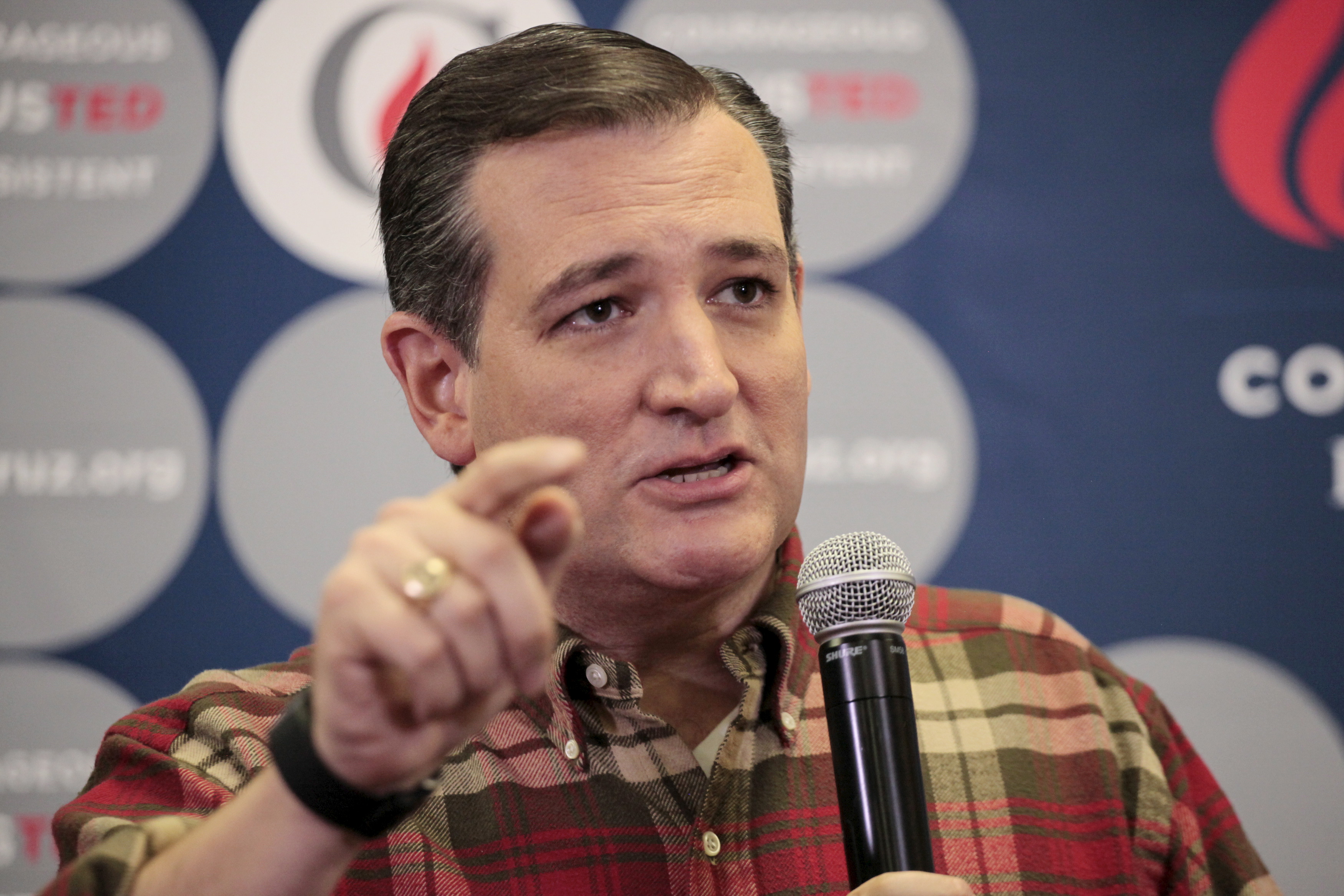 Texas Sen. Ted Cruz has overtaken businessman Donald Trump in the race for the 2016 Republican presidential nomination in Iowa, a new poll from Monmouth University shows.

Rounding out the field is former Florida Gov. Jeb Bush with 6 percent, Kentucky Sen. Rand Paul with 4 percent, and former Hewlett Packard Executive Carly Fiorina and Ohio Gov. John Kasich with 3 percent. No other candidate got more than 2 percent support.

This is only the second time another Republican candidate has drawn more support than Trump since early August. Carson briefly overtook Trump in October before seeing a substantial drop off in his support. He has lost 19 points since a Monmonth survey two months ago.

"This marks the first time Ted Cruz has held a lead in any of the crucial early states. As Ben Carson's stock has fallen, Cruz has been able to corral most of those voters," said Patrick Murray, director of the Monmouth University Polling Institute, "Congressman King's endorsement may not be the primary reason for this swing, but it certainly put a stamp on the Cruz surge in Iowa."

He was referring to Rep. Steve King, R-Iowa, who endorsed Cruz in mid-November, calling him "the answer to my prayers." Nearly one in five likely caucus goers told Monmouth the endorsement made them more likely to support Cruz.

Cruz has abstained from criticizing Trump unlike many of his fellow candidates, but that doesn't mean he believes Trump will be the eventual victor in the Republican primary race.

"I don't think it's good advice for us to get in the business of blasting each other," he told about 110 people at a community college in Coralville, Iowa last week. "I don't believe Donald Trump is going to be our nominee. I don't believe he'll be our president."

While Trump and Bush have seen their support virtually unchanged, Cruz has jumped by 14 points and Rubio by 7 points.

At least part of Cruz's lead comes from his popularity among evangelical voters and tea party supporters. Thirty percent of evangelical voters would back him, versus just 18 percent who say they would vote for Trump. He also gets 36 percent support among tea party voters, compared to 20 percent for Trump. Those voters have shifted away from Carson: 30 percent backed him in October.

Men also tend to prefer Cruz and Trump while women are more likely to support Rubio, with Cruz being their second choice.

All hope is not lost for the poor-performing candidates, however. With the caucus still nearly two months away, just 20 percent of Iowa Republican caucus goers say they are set with their choice of candidate.

The poll was surveyed 425 Iowa voters likely to attend the Republican presidential caucuses from December 3 to 6, 2015. The sample has a margin of error of plus or minus 4.8 percent