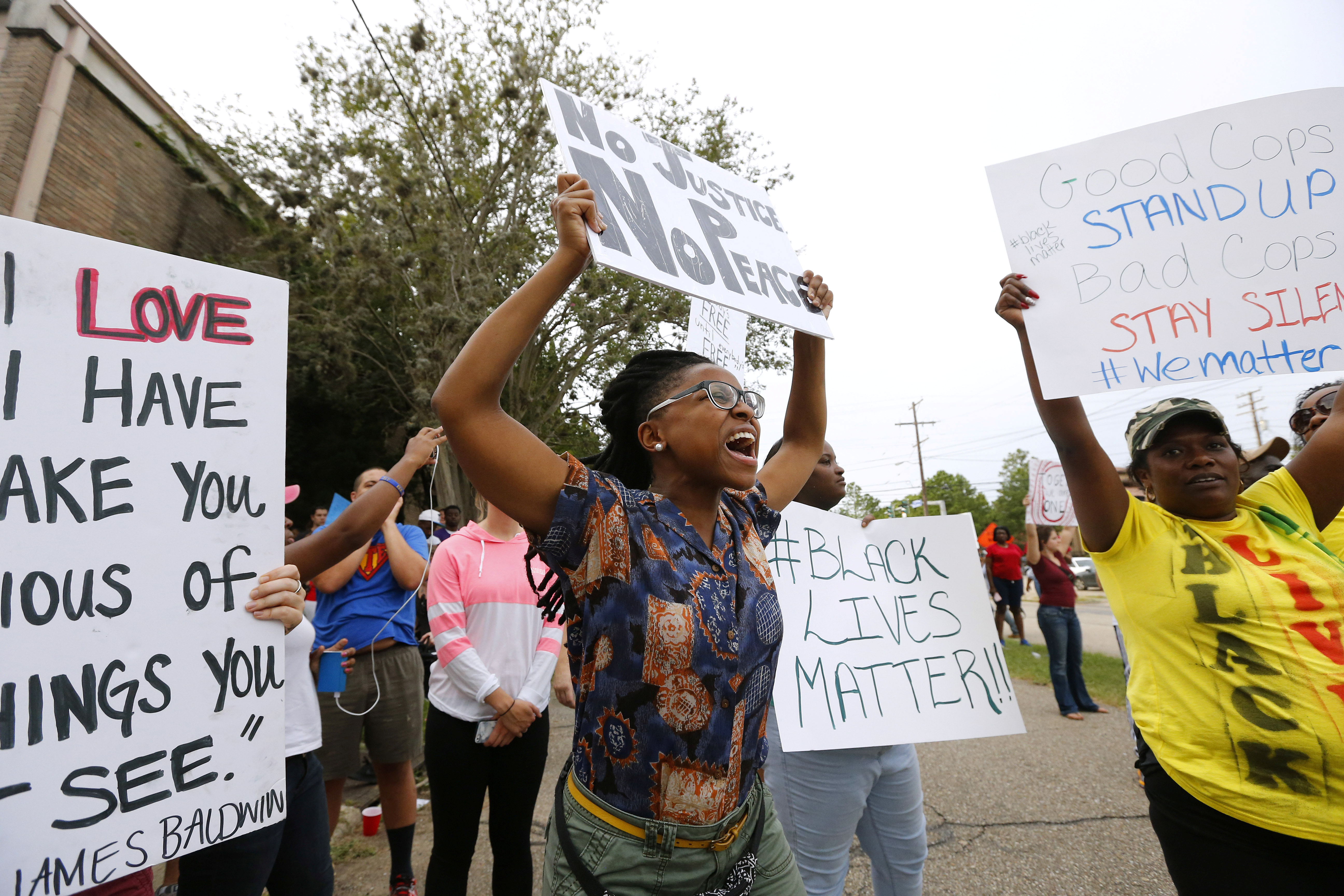 Alton Sterling's son Cameron is only 15 years old. He's not only preparing for his father's funeral, but also thinking about the protests that are happening across the country -- and the police ambush in Dallas that was motivated in part by his father's fatal shooting by police. On "CBS This Morning," we speak to a young man who is beyond his years.

A police report from 2009 details an incident involving Alton Sterling that has eerie echoes of the encounter with Baton Rouge police that left him dead seven years later. Sources close to the investigation tell the CBS station in Baton Rouge that, if the killing of Sterling by an officer goes to trial, his record could be a factor.

Racial tensions were on Donald Trump's mind as he painted an apocalyptic picture of civil unrest in the U.S. at a rally last night in Indiana. But first, he hurled an incendiary accusation at his presumptive opponent in the general election, Hillary Clinton.

Trump vs. the justice

After she openly questioned the direction in which a theoretical President Trump would take the United States, and the Supreme Court, Justice Ruth Bader Ginsburg has found herself on the receiving end of the billionaire GOP presidential hopeful's Twitter wrath. He thinks she should step down from the bench.

Security is a top concern for law enforcement as the Republican National Convention draws near. Ohio is an open carry state, and after last week's shooting in Dallas, some groups have already announced plans to be armed during events and protests. We look at how law enforcement agencies are preparing.

The woman in charge of New Jersey's student loan program is defending her agency against accusations that it's driving families into financial ruin. We meet a mother being forced to pay back her son's student loans -- more than a year after he was murdered.

The legal marijuana industry may generate better revenue per square foot than some traditional retailers, but profits are another story. Operators in the $7.1 billion dollar industry are prohibited from deducting expenses that other types of businesses can use, leaving them with high tax bills that cut into profits.

American gored at running of the bulls

New Black Panthers to go to Cleveland armed for self defense

After Dallas, Obama says nation "not as divided as we seem"

The subpar headlights of small SUVs

Do women really need all those prenatal vitamins?

New study looks at risk of HIV without condoms

Clinton, at "Hamilton": Let's not throw away our shot