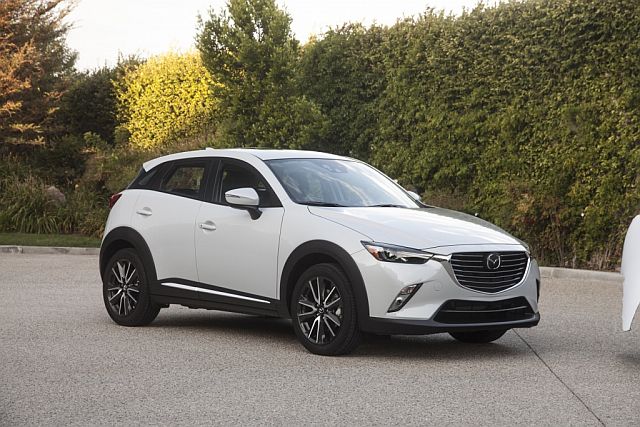 How effective are the headlights on your recent-model small SUV? Not very, according to tests done by the Insurance Institute for Highway Safety.

The IIHS, which also does crash-test ratings, tested the headlights on 21 current models. Of these, none got the top "good" rating, and only four ranked as "acceptable." The remainder were graded as "marginal" or "poor."

He noted that headlight performance is important because about half of U.S. traffic deaths happen either after dark or around dawn or dusk.

The headlight results for small SUVs, the largest-selling automotive category this year, were even worse than an earlier test for midsize sedans, which also performed poorly. IIHS tests headlights after dark both for how well they illuminate the road on straightaways and curves, and whether their low beams project glare to oncoming cars.

The best-performing headlights in the small SUV group -- though rated only acceptable -- belonged to a new model, the 2016 Mazda CX-3 (pictured above), but they're available only on that model's high-end Grand Touring version. These headlights adapt to curves and have high-beam assist, which shifts to low beams when other cars are oncoming. The worst headlights belonged to the new-for-2016 Honda HR-V.

Besides the CX-3, the other SUVs with headlights rated acceptable are the 2017 Ford Escape, the 2016 Honda CR-V and the 2016 Hyundai Tucson.

While 2015, 2014 and earlier years of these same models weren't tested, it's unlikely that their headlights were any better than the current versions, the IIHS said.

What does this mean if you're shopping for -- or already own -- a small SUV?

Using high beams more is good advice whether you drive an SUV, pickup or sedan. The type of vehicle doesn't determine how well your headlights work.