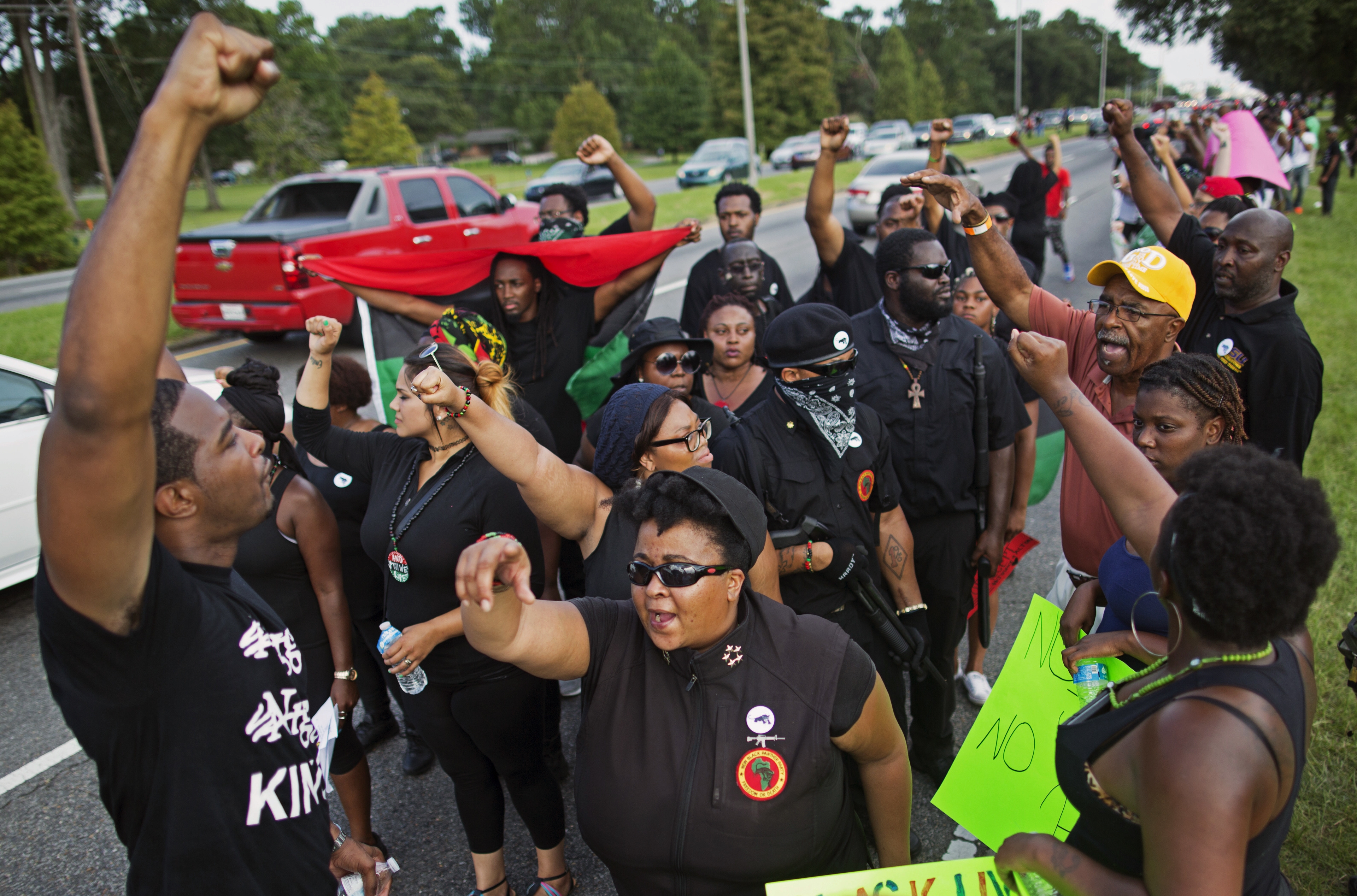 The New Black Panther Party, a "black power" organization, plans to attend demonstrations in Cleveland ahead of the Republican National Convention, and members plan to bring their firearms.

Hashim Nzinga, chairman of the New Black Panther Party, told Reuters in an interview on Tuesday that the group planned on exercising its Second Amendment rights in Ohio, an open-carry state, because "there are other groups threatening to be there that are threatening to do harm to us."

In a statement released Wednesday clarifying the organization's position, the NBPP said: "The NEW BLACK PANTHER PARTY IS NOT INSTRUCTING ANYONE in any way, shape, form, or fashion, to bring weapons to Cleveland."

Ohio's open-carry laws are the same as Texas, where lone gunman Micah Johnson killed five Dallas police officers during a peaceful Black Lives Matter protest last week. In the wake of that incident, the law is raising security concerns for law enforcement. Nzinga expects that a few hundred members of the New Black Panther Party will be attending the Black Unity rally that will begin on Thursday and run through Sunday, the day before the convention begins.

The 25-year-old Dallas gunman was not an official member of any Black Power group but had an affinity for the separatist movement. The New Black Panther Party has been described by the Southern Poverty Law Center as a "a virulently racist and anti-Semitic organization whose leaders have encouraged violence against whites, Jews and law enforcement officers."

But Nzinga denounced the attack in Dallas and told Reuters that the group is not racist.

The New Black Panthers aren't the only group planning to go to Cleveland packing heat. The New York Times reported that the group "Oath Keepers," which consists of former members of the military, has plans to attend the demonstrations surrounding the Cleveland convention heavily armed.

Tim Selaty, the director of the pro-Trump group Citizens for Trump, has said that people should be allowed to carry guns. However, Selaty has called for a ban on long weapons for the rally that will take place on Monday outside of the convention.

Cleveland.com points out that there is a designated "event zone" outside the Quicken Loans arena where the convention will be held. This outer zone is essentially downtown Cleveland, and open-carry laws will apply here. The arena, however, is part of an inner security perimeter that is controlled by the U.S. Secret Service, which will prohibit guns on the floor of the convention.