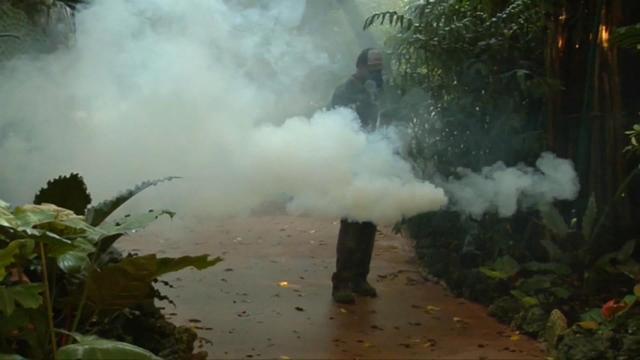 As Gov. Rick Scott faces criticism for his handling of information on the Zika virus, some pregnant women are scared to leave their homes or have relocated to other states. Two areas in Miami-Dade County are designated Zika zones where the virus is spreading, and there are at least 37 cases transmitted by local mosquitoes.

The FBI has stepped in to investigate a double stabbing in Virginia over the weekend that officials believe may have been a terrorist attack, CBS News has learned. One source says the suspect, 20-year-old Wasil Farooqui, shouted “Allahu Akhbar” during the attack.

The Democratic Party consists of two opposing groups when it comes to K-12 education policy -- the teachers’ unions and the reformists, who loudly disagree on issues concerning teacher accountability and school choice. And Hillary Clinton is trying to walk a tightrope between the two.

Millennials who aren’t so satisfied with their jobs may end up paying the price with their health later. New research suggests lower job satisfaction in your 20s and 30s may take a toll on mental health and well-being as you hit midlife.

Uber is putting self-driving vehicles on the fast track of its business model. The on-demand car pioneer recently bought a company designing autonomous big rigs, and soon to be testing self-driving passenger cars, in the race among transportation rivals. “CBS This Morning” get’s an exclusive test drive.

Only about 1,000 of the New York Police Department’s 36,000 officers are Muslim. Jamiel Altaheri is one of them, and he says the biggest challenge he faces isn’t out on the beat. He tells CBS News about his personal mission to build bridges.

5 years into Syria war, battlefield at its most chaotic

How the Federal Reserve can gird for the next crash

3 small-cap stocks that may be worth big bets

Why you might be less optimistic than you think