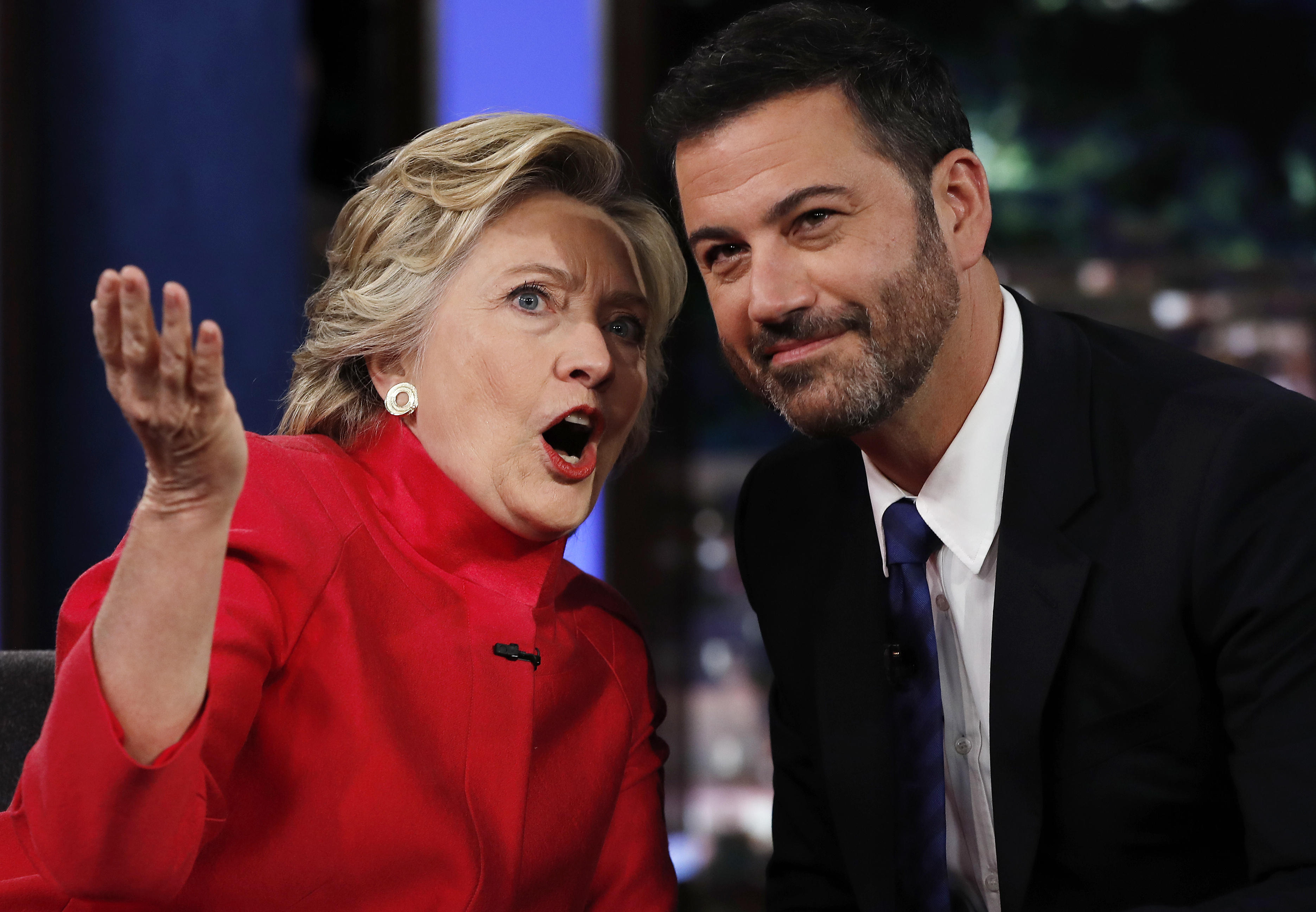 “This has become one of their themes,” she said on “Jimmy Kimmel Live” when Kimmel asked her about Rudy Giuliani’s recent interview on Fox News, during which he said Clinton looked “tired” and sickly. “You can take my pulse while I’m talking to you.”

Kimmel, who has interviewed Clinton three times on his show this campaign cycle, joked: “Oh my God, there’s nothing there.”

“Back in October, the National Enquirer said I’d be dead in six months,” Clinton teased. “So, with every breath I take, I feel like it’s a new lease on life.”

“I don’t know why they are saying this,” Clinton said. “I think on the one hand it’s part of the wacky strategy: just say all these crazy things and maybe you’ll get some people to believe you. On the other hand, it absolutely makes no sense.”

“I mean, as far as I can tell, he’s as healthy as a horse,” Clinton said, adding later that she sometimes feels that she’s living in an “alternative universe.”

Clinton, who is on the West Coast for a three-day fundraising blitz, also talked about being a grandparent​ -- “I would be distraught if there wasn’t FaceTime,” she said -- and her preparation for a debate with Trump.

“I’m planning on drawing off my experiences from elementary school,” she said.