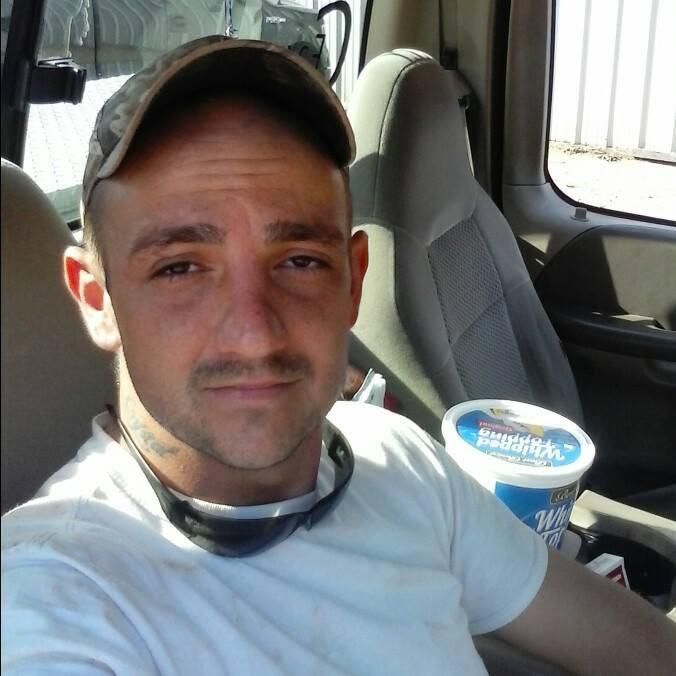 CITRONELLE, Ala. -- Under arrest and shackled following the slaying of five friends in a ruralhome, a Mississippi man professed his love for the estranged girlfriend whose family and friends were massacred and blamed the killings on drugs.

Speaking with reporters as he was escorted to jail by deputies in Mobile, Alabama, Derrick Dearman said Monday that he was on methamphetamine when he went to the house, located at the end of a dead-end dirt road.

“Drugs (were) making me think things that’s not really there,” said Dearman, 27, hanging his head and dressed in a bright yellow jail uniform.

After the killings, authorities said, Dearman abducted estranged girlfriend Laneta Lester, who had sought refuge at the house, and a child of two of the victims. Dearman said he spared their lives because “I came down and realized what was really going on.”

“(I) turned myself in because I was sober and knew what was the right thing to do,” Dearman said.

In videotaped comments broadcast on Mobile-area television, Dearman expressed his love for Lester and apologized “to all the family members.” Dearman, saying all the victims were friends, added: “Don’t do drugs.” He said he doesn’t deserve to live.

A man who said his family provided a home for Dearman and Lester earlier this year near Leakesville, Mississippi, said Dearman was often on methamphetamine and physically abused Lester during walks in the woods in rural southeast Mississippi.

“He was taking her out there and beating the crap out of her,” said Charlie Passarelli Jr., who said he had known Dearman for years. Passarelli said he suspected Lester was either buying or selling drugs before he and Lester moved out in late spring.

The slayings left three men and two women dead, including a pregnant woman and her unborn child. A teenager who said she was related to all five victims by marriage or blood shook her head and fought back tears as she described her anguish over the slayings.

“They were really good people. They’d call and check on you, ask if you want to come down and eat,” said Madison McDaniel, 17, who lives near the scene of the violence.

Relatives of the victims started an online fundraiser to help cover funeral expenses, and clerk Dawn Sullivan collected donations in a plastic jug on the counter at D&B Quick Stop, where the victims often stopped for snacks and drinks.

“It’s a sad situation. It never should have gotten to that point,” said Sullivan, whose husband was related to one of the victims.

The crime was of a magnitude rarely if ever seen in that corner of rural, southern Alabama, Mobile County sheriff’s Capt. Paul Burch said.

Burch told CBS Mobile, Alabama affiliate WKRG-TV the victims had the kind of injuries that were a result of what experts term “overkill,” or excessive violence, and said there was a massive amount of blood at the crime scene, which he called “obviously … horrific.”

Mobile County District Attorney Ashley Rich told reporters that, in her 20-year career as a prosecutor, she’s never encountered a crime “where there were five people who were brutally and viciously murdered, and that’s what we have here.”

Dearman, of Leakesville, will be charged with six counts of capital murder, including one charge for the unborn child, Mobile County sheriff’s spokeswoman Lori Myles said. Alabama court records don’t indicate whether Dearman has an attorney who could speak on his behalf.

Turner was Lester’s brother and had let her stay at the house, which all the victims shared, McDaniel said. Turner and Randall were married.

About 1 a.m. Saturday, someone inside the home called 911 and reported that Dearman was on the property, authorities said in a statement. Citronelle police came to the house, but Dearman had left before officers arrived, sheriff’s officials said.

Before daylight Saturday, Dearman returned to the home and attacked the victims while they were sleeping, the sheriff’s department said. Authorities said at least one gun and other, unspecified weapons were used.

After the killings, Dearman forced Lester and a 3-month-old identified by relatives as the child of Randall and Turner into a vehicle, and they drove to Dearman’s father’s house in Mississippi. Dearman released Lester and the infant and turned himself in, authorities said.