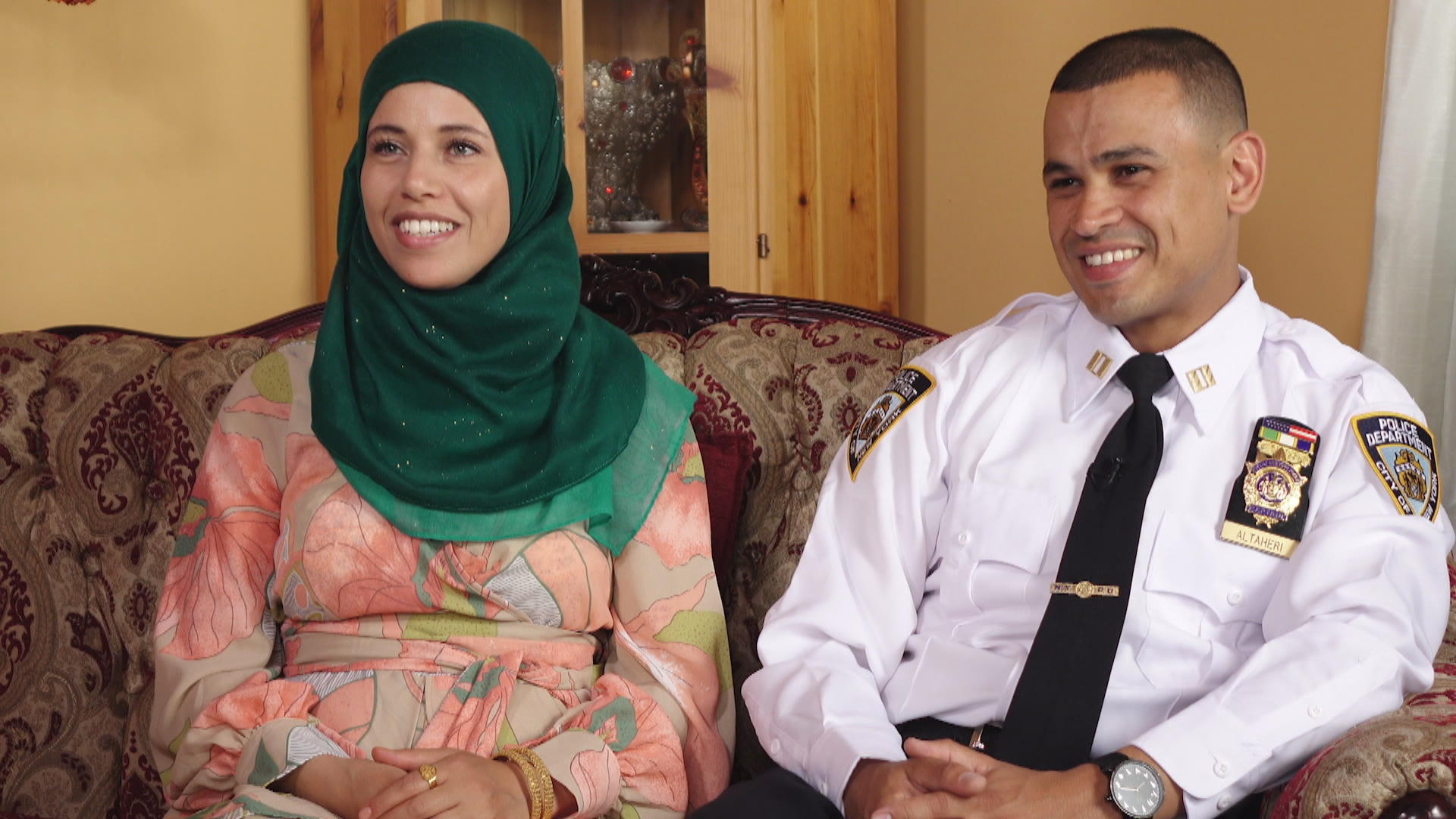 “In order for us to do our job good, we have to have a better relationship with the community we serve,” Altaheri said.

Altaheri has been protecting and serving New York City for 12 years. But it’s not on the streets where he faces his biggest challenge, reports CBS News correspondent Michelle Miller.

His 10-year-old all-American daughter, Nadine, recently needed her own protection from a bully.

“A boy in my class said that Muslims are terrorists and ISIS and they hurt people,” Nadine recounted.

She said she didn’t know what ISIS was.

Altaheri is one of the highest ranking Muslims on the NYPD. At home he and his wife, Sameha, first-generation Yemeni immigrants, faced the hate head on.

“Honestly inside me, I was destroyed, that my daughter has to experience that,” Sameha said.

“Were you ready to really explain to her these big issues?” Miller asked.

They encouraged Nadine and all of their children to look past the negativity.

“I want her to be proud of her identity. Proud to be an American, proud to be a Muslim,” Altaheri said. “I don’t see myself as any different than an American-Jew, American-Catholic, a gay American. I’m just American. So I never introduce myself as Muslim. I think when they find out, they say, ‘Wow. You’re a cool guy, you’re Muslim?’ I’m like, ‘Yeah, Muslims are cool, too.”

“I wear this uniform with great honor. I know the responsibility I have. Not only to myself, but to the community that I serve,” he added.

That’s why in his free time he travels around the country speaking at mosques, synagogues and churches. One visit came in the aftermath of the Orlando shooting.

“Terrorism has no place in Islam. Islam is soft. Islam is gentle. Islam is loving. Islam is peace,” Altaheri told a crowd.

The Bronx borough president recently recognized him for his work in the community.

The captain says words do make a difference. Even in these troubled times, he remains optimistic.

“One day she’ll say, ‘Dad, what did you do about it?’ At least I can respond back to hear and say, ‘Yes, daughter. I did something,’” Altaheri said.

In the end, he said we all could.

He credits his mother for giving him the strength to keep his calm manner. She taught him to always see the positive.