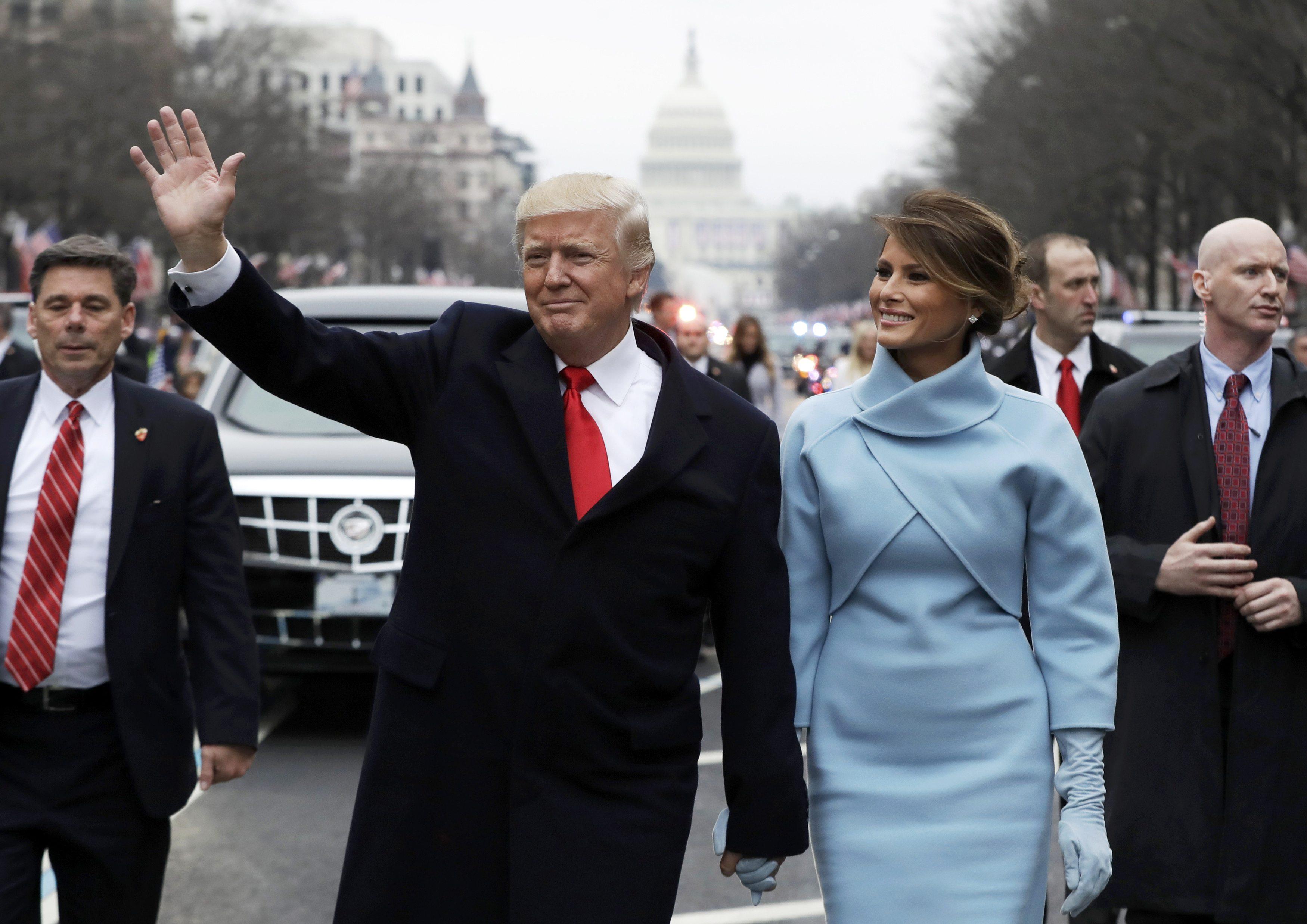 It’s President Donald Trump’s first full week in the White House -- which means there’s likely to be a lot of action, both there and at the Capitol.

With a handful of Cabinet hearings and votes, a Republican retreat in Philadelphia and the president’s first foreign leader visit, the week is shaping up to be a busy one.

Here’s a rundown of the major happenings in Washington to pay attention this week:

The president will meet with the top two Republican and Democratic leaders from the Senate and House Monday at the White House for their first official meeting, according to a source familiar with the meeting.

But he still has more than a dozen Cabinet-level appointments that must be approved by the Senate before they can get to work in the administration -- and some of that action will take place on Monday and Tuesday, before Republicans head off for their retreat.

On Monday, the full Senate will vote on Mr. Trump’s nominee for CIA Director, Mike Pompeo. The vote was originally scheduled for Friday, along with Mattis and Kelly, but Senate Democrats pushed it to Monday over concerns about Pompeo’s position on government surveillance.

ExxonMobil CEO Rex Tillerson’s nomination will also go to a vote Monday: within the Senate Foreign Relations Committee, which must approve him in order for his nomination to go to the full Senate.

Also that day is a confirmation hearing for Rep. Tom Price (R-Georgia), Mr. Trump’s nominee for health and human services secretary. He’s already appeared before the Senate HELP Committee, but this time will answer questions from the Senate Finance Committee -- and while he is facing accusations of insider trading.

Mr. Trump kicked off his first day in office by signing an executive order directing federal agencies to ease the financial burdens of the Affordable Care Act -- a move with the potential to effectively cripple the individual mandate and other provisions in the law. He signed another order rolling back a discount on the fees for a federal mortgage program that helps middle-class homebuyers.

So what executive actions will Mr. Trump sign next?

There hasn’t been any real indication from the administration for what to expect, though there will certainly be more action on this front -- particularly on Monday, which is the day Mr. Trump initially named as the real start date for many of his plans in office.

“Day one -- which I will consider to be Monday as opposed to Friday or Saturday, right? I mean, my day one is going to be Monday because I don’t want to be signing and get it mixed up with lots of celebration,” he told German newspaper Bild and the U.K.’s Times of London the week before he was inaugurated.

Toward the beginning of every year, members of each party go away for a multi-day retreat to get everyone fired up for the new legislative session and talk about the party’s priorities for the year ahead. This week, Senate and House Republicans are headed to Philadelphia for a joint retreat from Wednesday through Friday.

As the party works to put together its alternative to Obamacare, the GOP confab may offer more details on Republicans’ path forward on the issue: earlier this month, House Speaker Paul Ryan promised more information on possible Obamacare alternatives would be communicated to members during the retreat.

“We’re going to have a full, exhausting conversation at our retreat to go through all of these things,” Ryan said at the time. “What I think people are beginning to appreciate is, we have lots of tools in front of us. It’s not just a one-and-done-bill kind of a thing. And so that’s what we’ve been walking our members through, are all the options available to us to get this done.”

The event will also likely shed some light on the issues where there could be daylight between congressional Republicans and the Trump administration.

Both Mr. Trump and Pence have been invited to speak at the retreat, though the details of those speeches have not yet been released. And British Prime Minister Theresa May, who’s visiting the White House on Friday, is also expected to attend the retreat.

British Prime Minister Theresa May will become the first foreign leader to meet with Mr. Trump since his inauguration. Before meeting with Mr. Trump on Friday, May will meet with congressional Republicans during their retreat on Thursday.

While U.K. leaders are often the first foreign heads of government to meet with newly inaugurated presidents, May’s visit could prove to be especially important to the “special relationship” between the two countries. Last Spring, the U.K. voted to leave the European Union – a move Mr. Trump encouraged.

May has said that her government would look to make new trade deals with countries outside the European bloc, a topic that’s bound to come up when she meets with Mr. Trump. The U.S. is already the U.K.’s second-largest trading partner.

Also on the radar for May: the status of NATO, of which the United Kingdom is a founding member. Mr. Trump has questioned the need for the alliance numerous times, and recently referred to it as “obsolete.” May is unlikely to agree with Mr. Trump on that point, and has vowed to stand up to the new president when the two disagree.

CBS News’ Will Rahn contributed to this story.

What's behind the push for a fourth stimulus check
Emily Schultheis