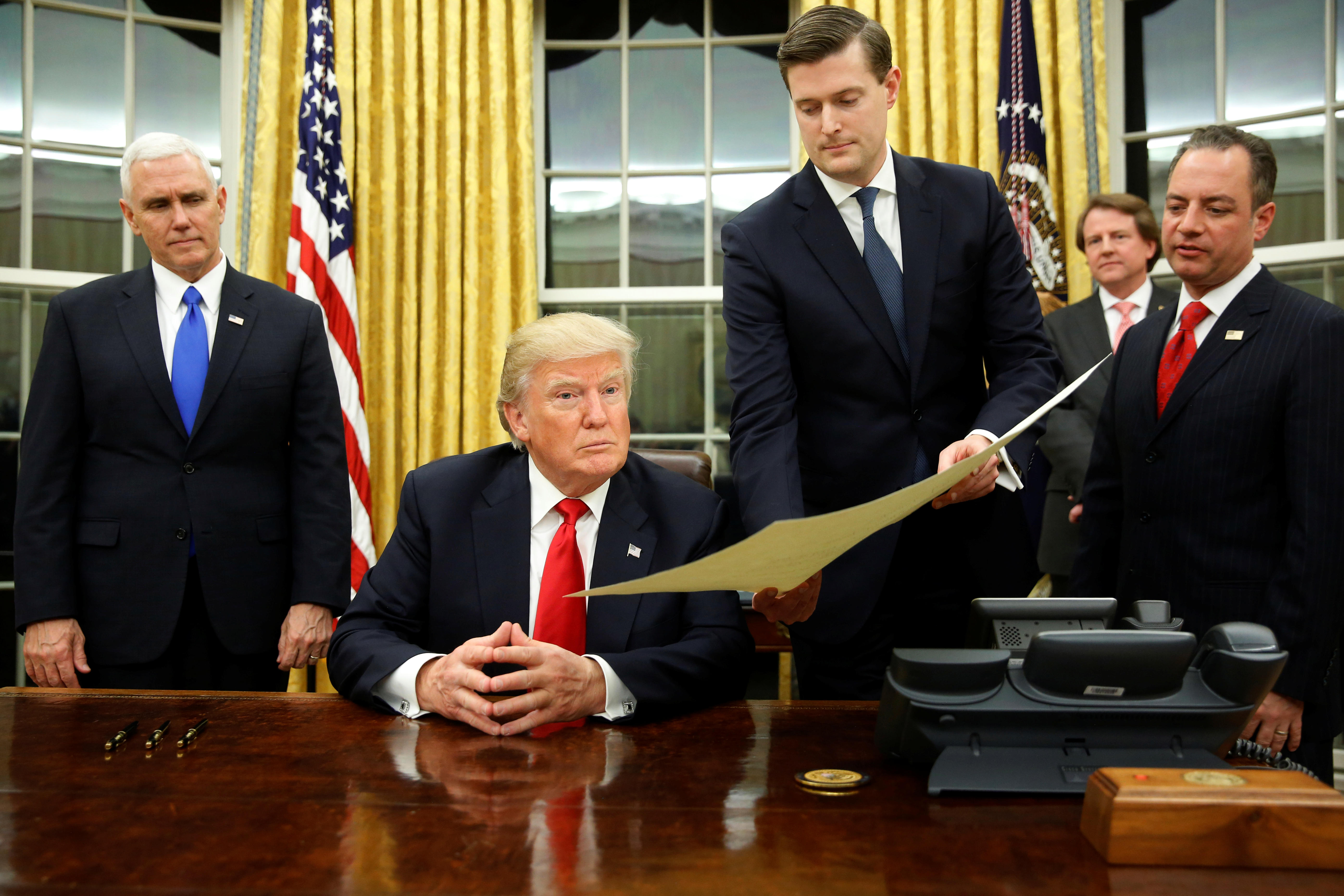 He was flanked by Vice President Mike Pence, chief of staff Priebus and son-in-law Jared Kushner in the Oval Office.

CBS News’ Margaret Brennan obtained talking points given by the White House to congressional sources for explaining the ACA executive order. “President Trump’s executive order is intended to stop the bleeding - trying to help prevent more catastrophic rate hikes such as those that took place on the first of this month, and to help get the mandates and penalties off the backs of the poorest and sickest Americans,” it reads.

The “mandates and penalties” suggest Mr. Trump’s order tackles the ACA’s individual mandate, which requires that Americans purchase health care insurance or pay a penalty. However, this provision was already somewhat weakened by the fact that the law gave the IRS no real ability to enforce the payment of the penalty, known in IRS-speak as an “individual shared responsibility payment.”

“The law prohibits the IRS from using liens or levies to collect any individual shared responsibility payment,” the IRS website discloses. The only recourse the tax collecting agency has is to subtract the penalty from your refund. And if you aren’t entitled to a refund, the IRS can carry the penalty over to the following year’s refund.

And also, soon after he was sworn in, Mr. Trump signed an order to roll back a discount on the fees for a federal mortgage program that helps middle-class homebuyers.