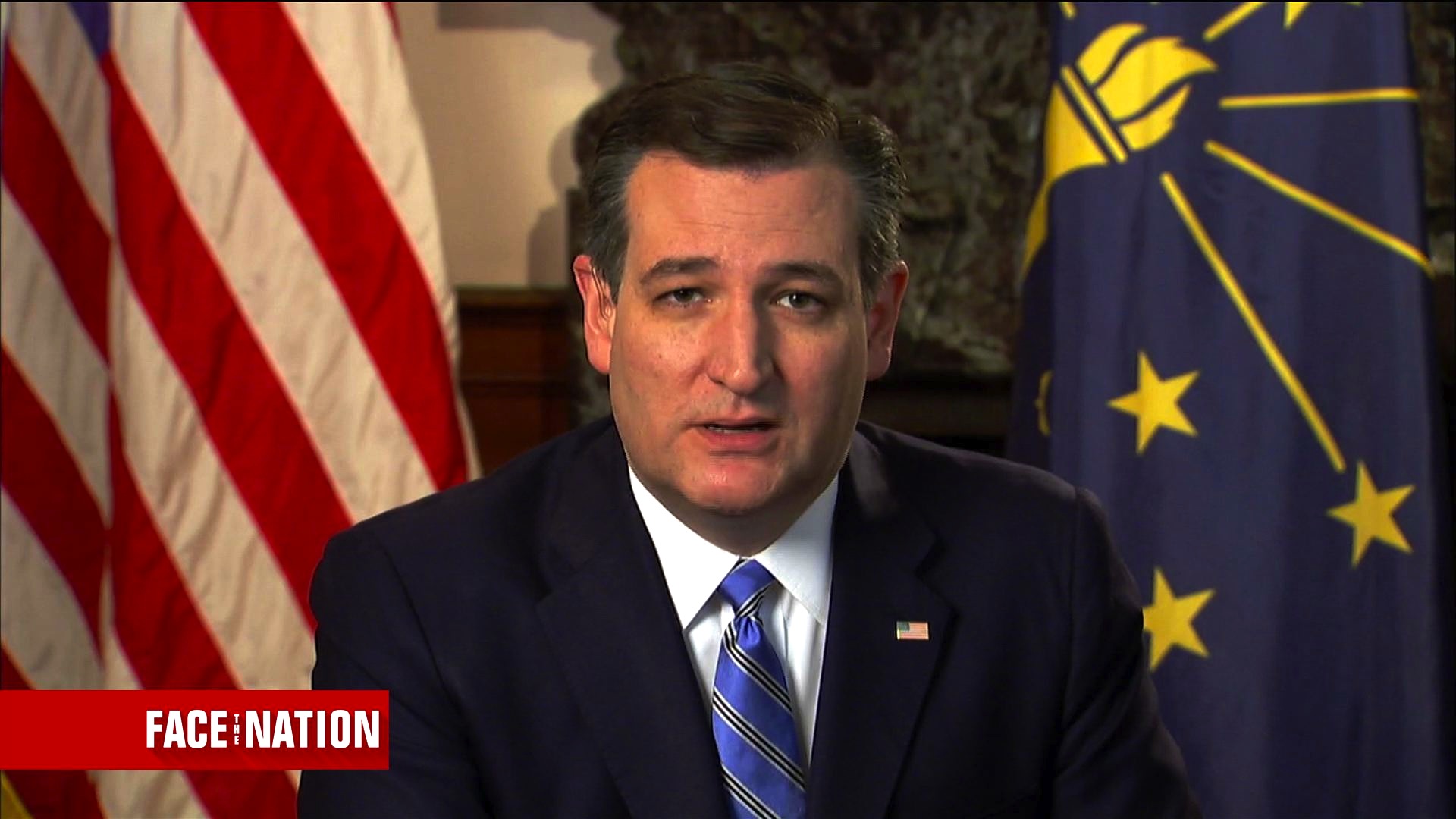 "Contrast the people who are standing with me - Carly Fiorina, Indiana's governor, Mike Pence. On the other side Donald Trump was proudly trumpeting the support of Mike Tyson, a convicted rapist who served three years in prison here in Indiana for rape," Cruz said in the interview Friday.

Tyson, the infamous former boxing champion, endorsed Trump last October, and the GOP frontrunner bragged about it during an appearance in Indiana this week. "You know, all the tough guys endorse me," he said. "I like that."

"Donald Trump says, 'Well, Tyson is a tough guy,'" Cruz told "Face the Nation" host John Dickerson. "You know what, John? I don't think rapists are tough guys. I think rapists are weak, they're bullies and they're cowards. And Donald may be really proud of his support from a convicted rapist. I'm proud of the support of Carly Fiorina and Governor Mike Pence."

For more of our interview with Cruz, tune into "Face the Nation" tomorrow. Check your local listings for airtimes.